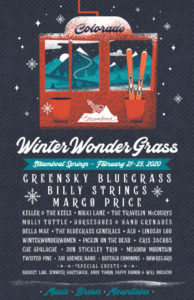 Tonight marks the end of the eighth annual WinterWonderGrass. Each year for WWG, Steamboat Ski Resort becomes a straight jam for three days. Three large tent stages and a mountain-front main stage are stacked each year with renowned bluegrass and string artists. A variety of local breweries and food trucks set up at the fest as well as tons of kid-friendly activities. Late night shows and special events are available with the purchase of an extra ticket. As an added bonus, skiers and snowboarders enjoy discounted lift tickets with their WinterWonderGrass wristband.

Every festival has its own unique crowd and feel. Learning more about the roots of WinterWonderGrass provides a peek into its joyful, conscious, and community-based energy. Known within the community by a strong support of nonprofits, founder Scotty Stoughton has a rich history with some epic musical names. He even toured with the Grateful Dead in ‘93, and has improv grass-rapped on stage with Leftover Salmon. He launched the first WWG, alongside Greensky Bluegrass and The Infamous Stringdusters, in 2013. Flash forward to this weekend – the now very much established event boasts over twenty-five bands and twenty breweries, attracting thousands to the fest. All tiers of tickets sold out early. Annual installments have been added in the Squaw Valley in the Lake Tahoe region of California and Stratton, Vermont. 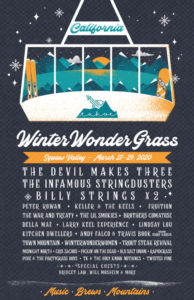 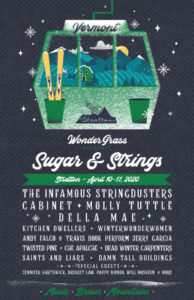 WinterWonderGrass is put on by Bonfire Entertainment, the conscious organization that also curates Campout for the Cause. The official mission statement from the WWG website reads:

“We aim to cultivate and nurture the relationship between nature, authentic music, and communal family, creating a vehicle for inspiration. When we come together with open hearts and open minds, bringing all of our differences and unique opinions, we begin to dissolve the illusion of separation from one another. Our intention is to create a platform for artists, vendors, attendees, and our planet to unite as one – connecting the tribe.” 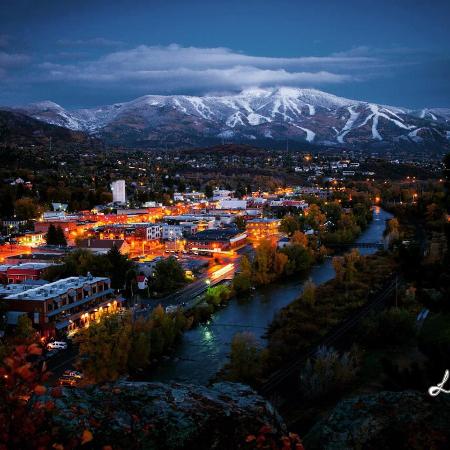 The bright lights of Steamboat Springs were a relief after a long, dark drive up a narrow Highway 40 from Denver. The resort was buzzing with festival attendees and skiers/snowboarders. I followed the music to the southeast side of the resort and slipped up the icy entrance to the box office to grab my credentials. 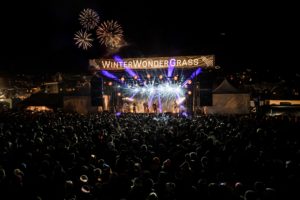 Friday night was headlined by Keller & The Keels, Della Mae, and Billy Strings. Billy’s amazing debut festival performance lit the first night of the weekend up properly, with an unexpected firework display exploding in colors above the mountain. Cozy in a onesie, Della Mae busted out a take on TLC’s No Scrubs. This years’ Bluegrass Generals lineup featured Lindsay Lou, Della Mae, Molly Tuttle, and Jenny Keel with a pop-in by Larry Keel. 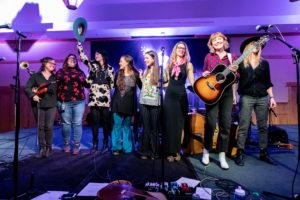 Starting Saturday off in the Pickin’ Perch Tent, witnessing the killer WinterWonderWomen was a true highlight of the weekend.  This is a true all-star jam of badass bluegrass women covering the likes of Aretha Franklin and Creedence Clearwater. This year’s performance was abundant in talent with Lindsay Lou, Tiffany Christopher, Shelby Lee Means, Nina Waters, Celia Woodsmith and Kimber Ludiker of Della Mae, Vickie Vaughn, and Twisted Pine’s Kathleen Parks. Over on the main stage, Molly Tuttle’s take on Naive Melody (This Must Be the Place / The Talking Heads) was unforgettable. She was followed by Horseshoes & Hand Grenades, then by fresh outlaw country goddess Nikki Lake – who had us floored with her voice, style and swag. Greensky Bluegrass, a seasoned bluegrass band very near and dear to the WWG community, laid a blanket of serendipitous soulful string masterpieces. Greensky was joined by Lindsay Lou for a delightful surprise rendition of “Islands in the Stream” (originally by Dolly Parton and Kenny Rogers). 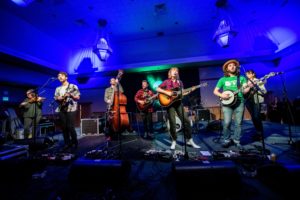 Sunday started as a beautiful, sunny day.  We caught the free shuttle to the festival after grabbing a hometown-flavor gyro at Johnny B Goode’s diner in downtown Steamboat. “Welcome Music Lovers” was displayed on the bus. Inside great music selections such as Dirtwire played underneath the happy chatter of WWG attendees ready for round three. Sunday’s lineup included Pickin’ on the Dead, with main stage sets by ALO, Travelin’ McCourys, and Billy Strings sundown set was outrageous. He made another appearance for one of the final songs of the night – Janis Joplin’s “Move Over” – with main stage closing artist, Margo Price. She finished the night off by sharing a joint with a loving crowd and covering Dolly Parton. 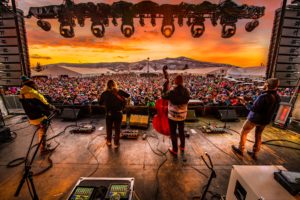 Any bluegrass and string music lovers out there need to check this festival out. Here’s some tips for 2021 WinterWonderGrass Attendees:

After the bitter realization set in that Monday and a new work week was just around the corner, I reluctantly dragged myself out of Steamboat and back to the road. The pass was a nervous hell with thick ice and heavy fog. Regardless, I spent the four-hour drive home buzzing with gratitude that I was able to experience my first WWG.

WinterWondergrass is a highly suggested festival. Both Colorado locals and adventurous, bluegrass-lovin’ out-of-towners will be glad they made the trek! March is still winter in Steamboat – temps drop low, air is brisk, and snow is abundant. Hanging around outside in this weather for hours and into the bitter night might not seem like a good time for most – but for me, it’s an occasion I’ll look forward to every year.