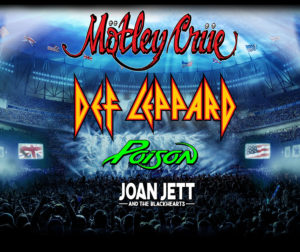 Not many touring artists today have a live performance catalogue dating back to the dawn of the 80’s. L.A. based Mötley Crüe hasn’t officially toured since 2015 and “The Final Tour” turns out to be not-so-final appearance by this epic 80s hair band. Spiked straightened hair, heavy eye makeup, and epic synthy guitar riffs are sure to dominate venues across the nation as Mötley Crüe returns for a 2020 reunion. Three founding members are still in tact – bassist Nikki Six, drummer Tommy Lee, vocalist Vince Neil – alongside guitarist/vocalist Mick Mars, an authentic Mötley Crüe reunion tour is one for the books. Dubbed The Stadium Tour, this features other gods and godesses of rock from the same era including Joan Jett & The Black Hearts, Poison and Def Leppard! 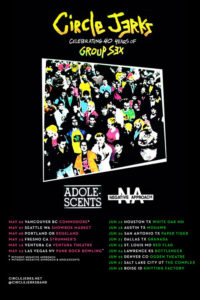 Like other L.A. born bands found on this list, the Circle Jerks have played a major role in the evolution and inspiration of rock and hardcore punk. With artists involved in other notable punk acts including Black Flag, the Circle Jerks as well known around the nation, with 2020 marking the 40th anniversary of the release of their best-known album Group Sex. Their final show in 2011 was right here at the Bluebird Theater in Denver. Currently we can expect Keith Morris, Greg Hetson and Zander Schloss to bring unreal energy to venues around the nation for their 2020 tour. The North American leg of this includes the legendary Adolescents and Negative Approach.

Rage Against the Machine

Catching Rage Against the Machine will definitely be a rare opportunity – we can expect tickets to sell out in minutes. 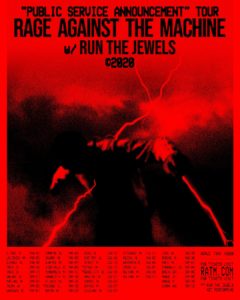 Formed in 1991, anti-authoritarian revoluntary band dubbed “Rage” consists of vocalist Zack de la Rocha, drummer Brad Wilk, guitarist Tom Morello, and backing vocalist/bassist Tim Commerford. Members collaborate with artists such as Chuck D, DJ Lord, and B-Real under the name Prophets of Rage, but a true reunion hasn’t happened in years. R.A.T.M.’s music shakes statements about social issues, Big Brother, and tides of the times more relevant now than ever. For the first time in nine years, Rage Against the Machine is reunited for a 2020 tour with Run the Jewels.

What do you get when you combine Les Clayool (Primus), Stewart Copeland (the Police) and Trey Anastasio (Phish)? 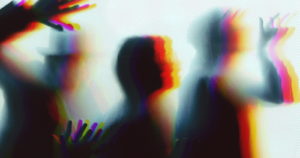 Performers don’t get dubbed Supergroup for no reason. Oysterhead is a collaborative funky mastermind and they are touring in the U.S. this year. You’ll be lucky to score tickets, as Oysterhead sold out fast, but get ‘em if you can! Providing an unforgettable and truly unique live music experience every time, Oysterhead is sure to transform you into a bizarro, psychedelic dreamscape by the time they finish their first song.