Arriving at the sleek, high production venue 45 East, it’s hard to know what to expect based on the layout and location. Nestled within a few blocks of warehouses on the east side of Portland, 45 East unites a bottle service club vibe with a low-key party feel. The pretentiousness of a usual club is nowhere to be found, though there is still an option to grab a secluded booth for those wanting to remain seated with their bottles in arms reach. 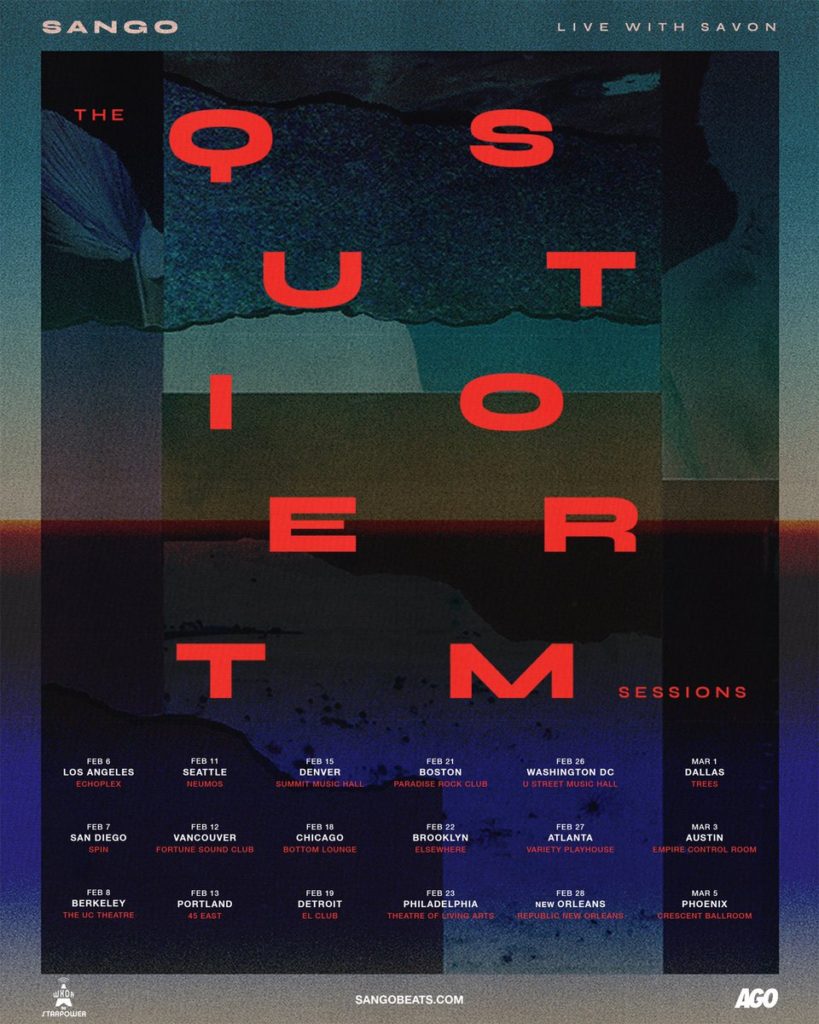 The night before Valentine’s, romancing couples and party ready singles packed the dance floor at 45 East by the time doors opened at 8pm. I arrived just after opener Savon had wrapped up his set, but the Orlando producer did not disappoint when I looked him up post show. He will be joining Sango each night of this tour, so we encourage you to get to the venue early and catch his instrumental hip-hop. Make up for lost time if you hadn’t heard of him previously by streaming his latest production work on Waldo’s ‘Grove’ here.

Next up was Dave B, a rapper with a personable stage presence whose hyphy set sparked engagement from the entire club. Heavy on the mic, Dave B had an energy that was contagious and fun, drawing feel-good vibes from the crowd throughout his performance. “Have you bought your black friend a drink yet? We want those reparations, yall!” I’m happy to say I was offered a drink just minutes later, so I’d like to personally thank Dave B for those words of encouragement. 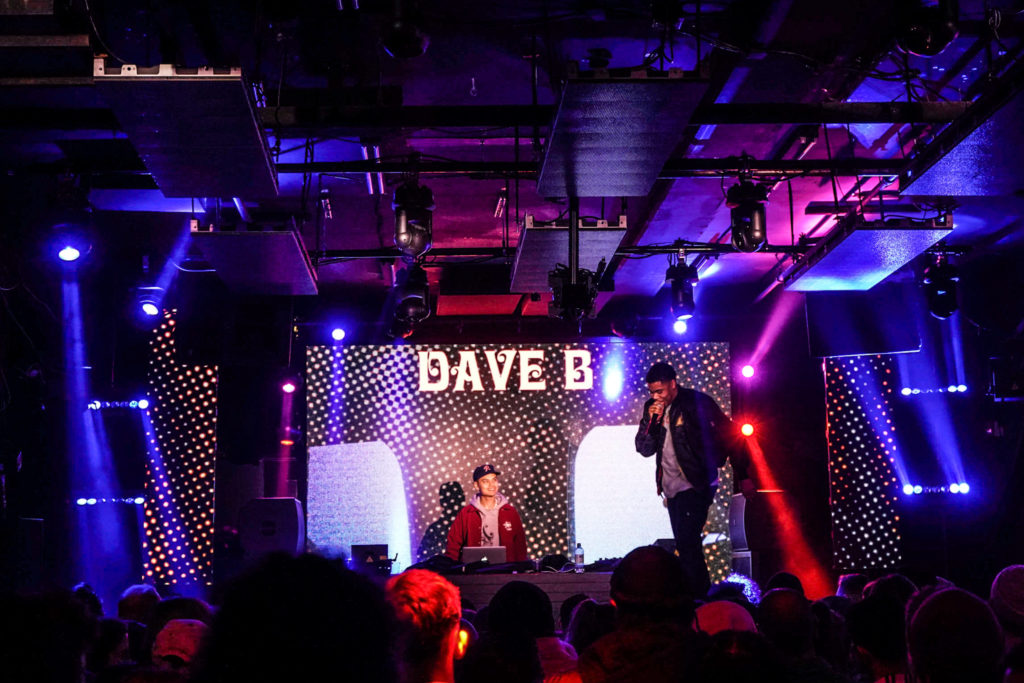 Dave B, photo by CYM

By 11:30, the headliner of the evening was gracing the stage and the whole room erupted into applause and whoops of gratitude. Surreal landscapes and vibrant tones filled the panels throughout 45 East, illuminating the crowd in beautiful, varied hues. Dropping cuts from 90s hip hop to 80s soul to even older R&B and everything in between, Sango is a thoughtful producer that brings each audience into his carefully curated world of sound every night. 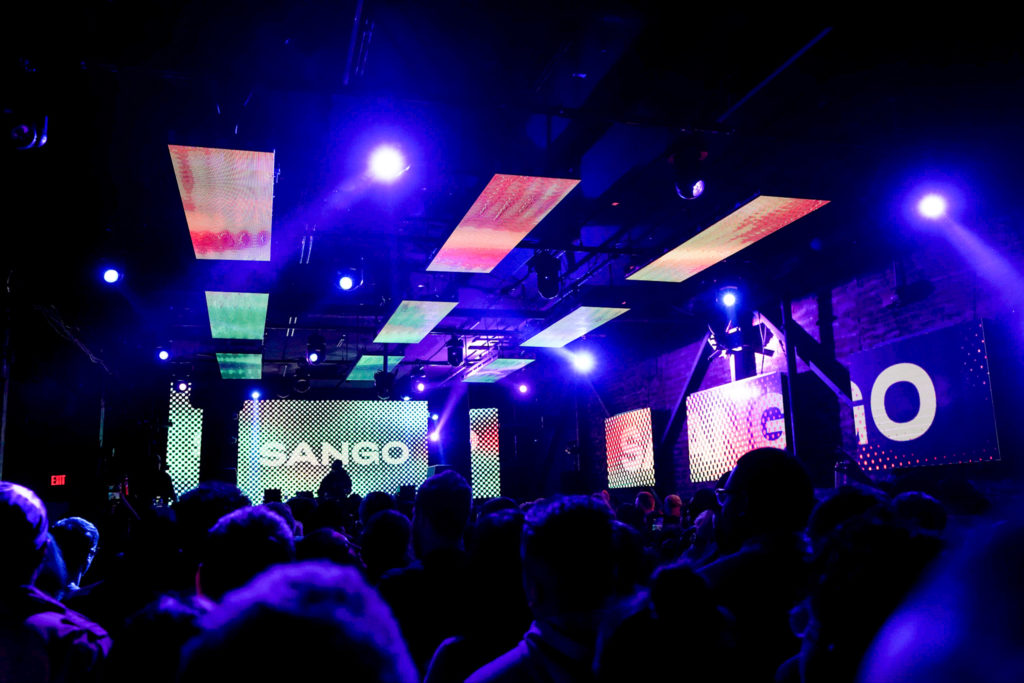 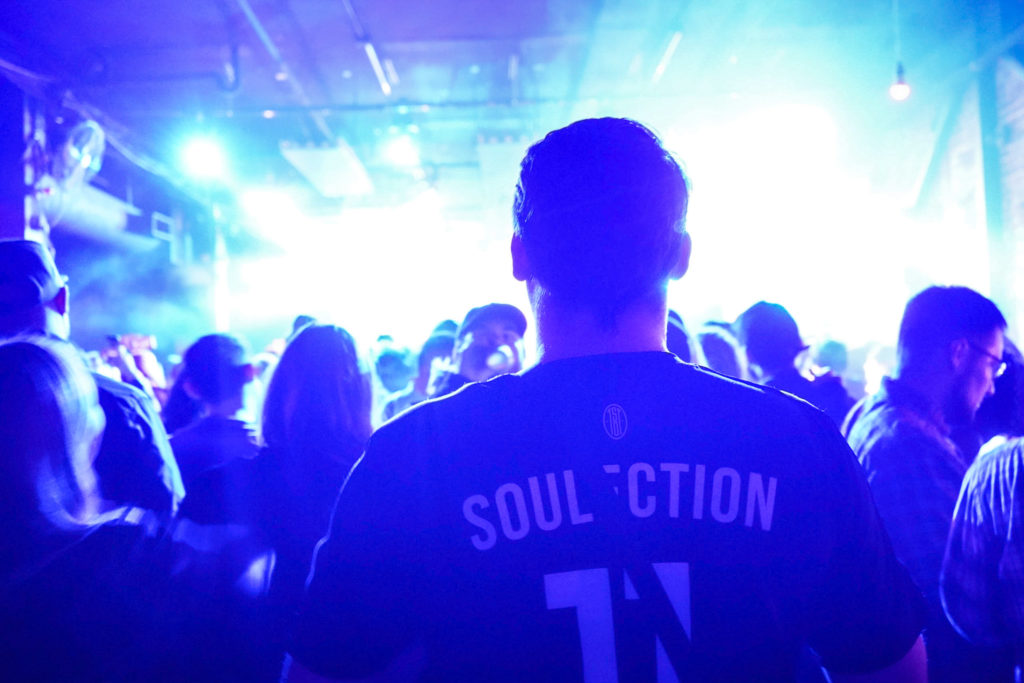 Each crowd gets to experience a different pocket of his deep catalog, and it is with this formula he keeps fans coming back for more while hooking new listeners simultaneously. This night was everything and more, and I’m still filled with gratitude for the opportunity to catch one of my favorite artists in a new favorite venue. Thank you Sango, Savon, Dave B, Papí, WRC and 45 East for bringing that Soulection love to Portland for a night.