For over a decade, Gem and Jam Music Festival has become home to countless artists, performers, live painters and attendees from across the country, all bringing with them smiles and memories that weave themselves into G&J’s legacy forever.

This world-renowned festival is a must attend for so many reasons. 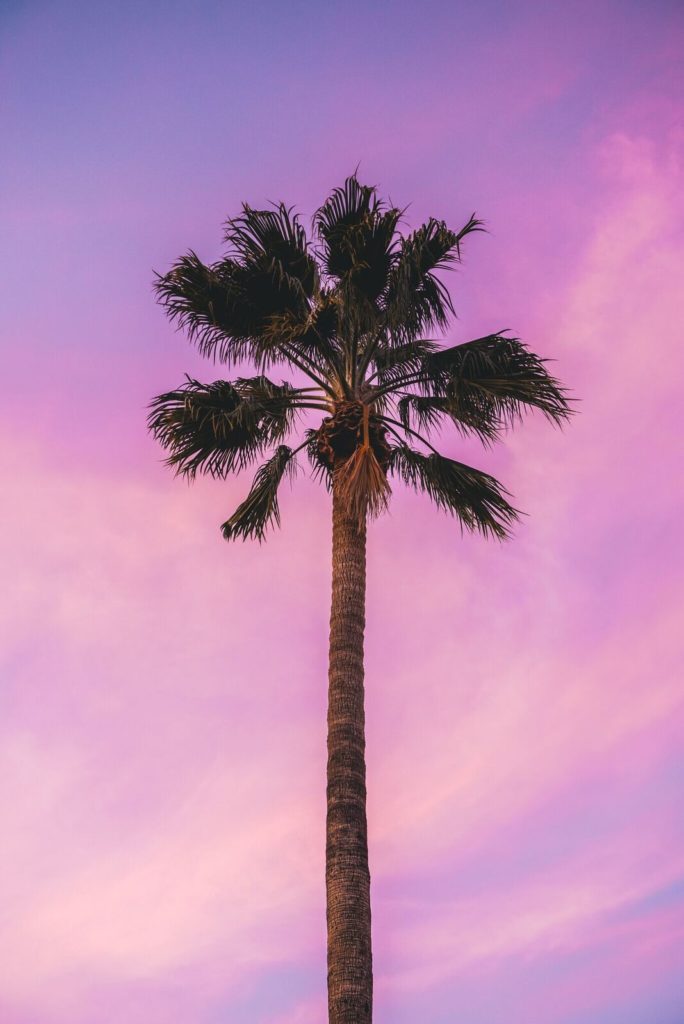 Take a road trip with your friends and head to the Pima County Fairgrounds for an experience of a lifetime. Before you head to the festival or even head back home, I highly recommend stopping at either the Grand Canyon for a breathtaking view or the Saguaro National Park, a surreal home to the Nation’s largest cacti.

Three days and nights in the immense desert brought hot days, making it feel like summer in early February, but as the sun went down you had better hope you brought an extra layer to bundle up with.

The starry nights and fiery sunsets gave us visitors to Arizona such a taste of the rainbow. Desert colors painted the sky every night of the festival, leaving everyone in awe and mesmerized by each sunset.  A lot of Gem and Jammers were upset about the festival not happening in 2019, but they had an extreme comeback with this year’s line up of visual artists, art installations, live painters, performers, vendors, workshops and of course gem shows all over to buy you or your loved one something meaningful and beautiful. 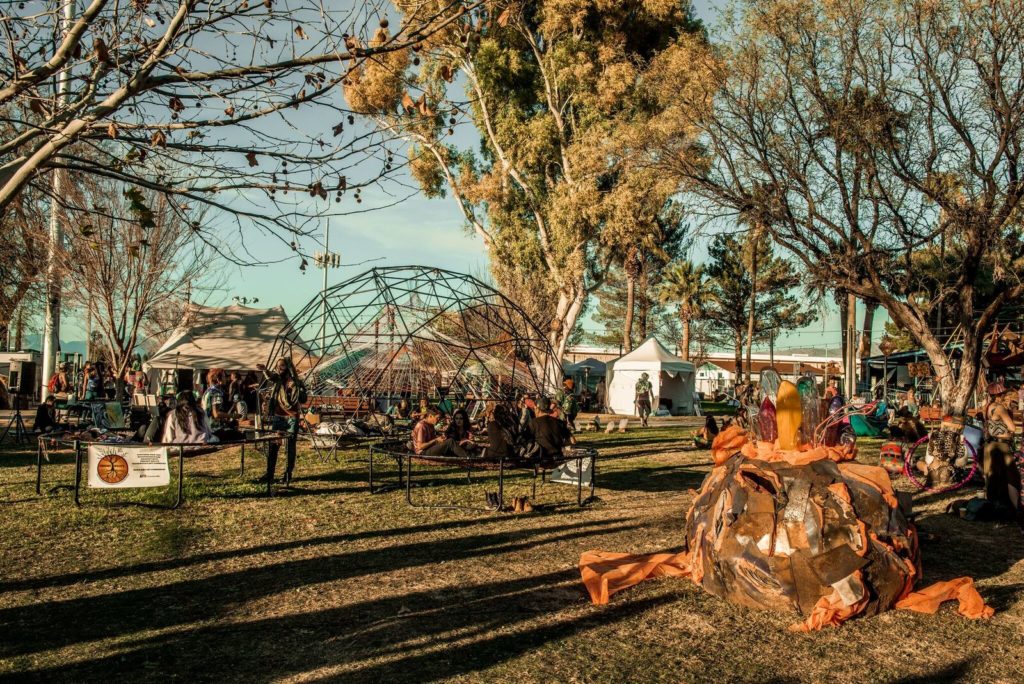 The live music is truly the cherry on top for this festival. Tipper, Big Gigantic, The Floozies, Manic Focus,  Desert Dwellers, Dirtwire, Michal Menert, The Party People, Mersiv, Late Night Radio and Funkstatik were just a few of my favorite sets of the weekend.

Manic Focus brought serious heat on Friday night at the Emerald Stage. John McCarten and his drummer, Jacob Barinholtz, had fun and contagious energy that radiated to the crowd, making it a memorable set. Manic Focus brought a wide variety of tunes, from bass to funk and of course, some soul while covering Tracy Chapman’s “Give Me One Reason”. In the middle of his DJ set, he went on a 90’s tangent and had the crowd sing Naughty by Nature’s “Hip Hop Hooray”.  Manic Focus did it again and completely crushed that set just before the man himself, Dave Tipper. 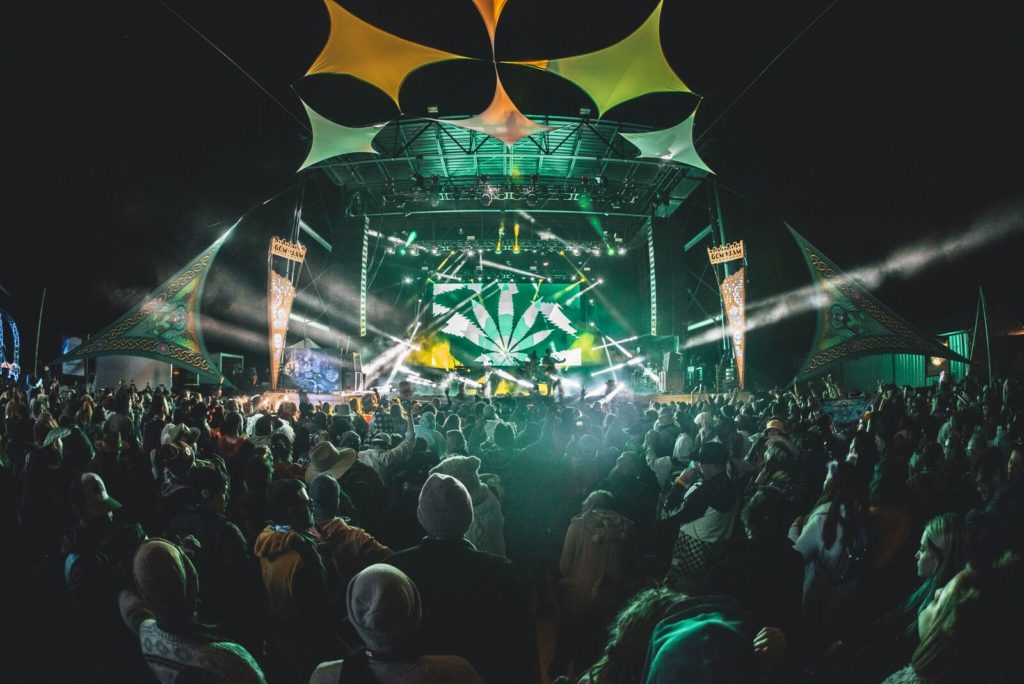 Photo by John Verwey courtesy of Gem and Jam Festival

Playing one of my favorite performance styles of his, a Journey set, Tipper really went all out with downtempo ambience. Arizona got blessed with his new unreleased track, “Goner” which was a complete banger.  Keith Anderson (Fractal Visuals) also gave a taste of his unique art with his visuals making the set one hell of an experience. A highlight in particular happened while Tipper was scratching, Keith Anderson remixed motion designer Jonnap Arts’ interpretation of “Phonograph”, a collaborative artwork by David Fratu x Jake Amason, some amazing artists from the APEX Collective. Tipper fans across the board agree that this was an impressive set that is still being talked about.

Saturday night, the Onyx Stage was packed out with dedicated fans for Late Night Radio. Playing numerous beats from his vinyl restoration series, it was the perfect set for analog beat lovers. Bringing a hip hop style to his set and a ton of old school tracks including “Jaded” with Kevin Donohue from Sunsquabi, Alex also made a shout out to his good friend, Manic Focus, before playing their collaborative track, “Stronger.” Make sure to listen to his newest album ‘Further into the Night’ which features Denver turntablist Brisco Jones! 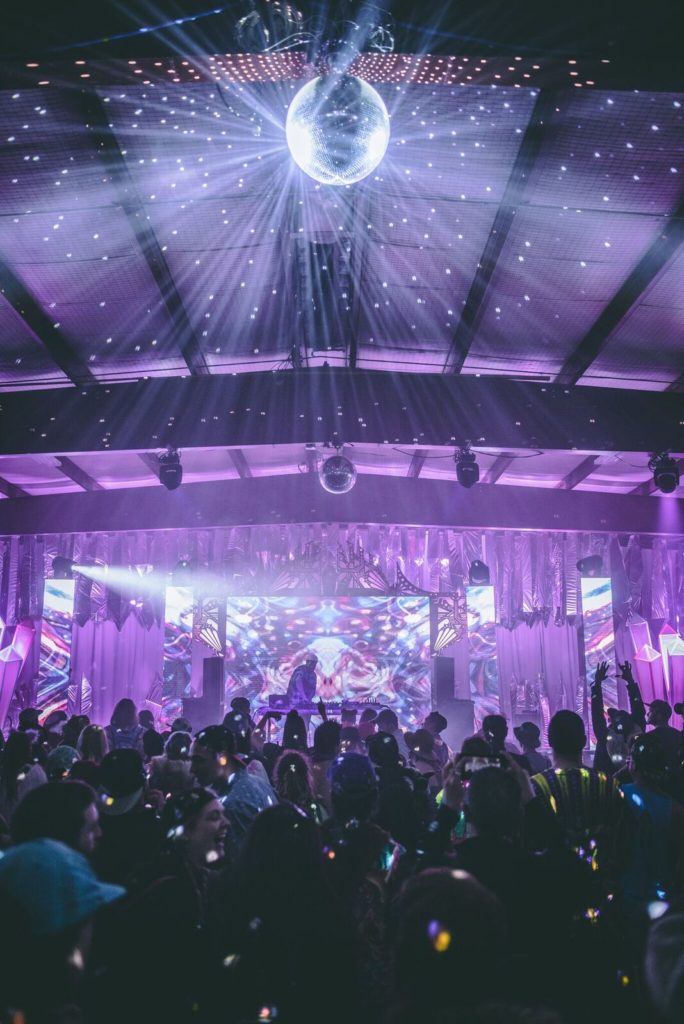 Later on in the night, everyone raced over to the Emerald Stage to catch The Floozies. Opening up with an unreleased track and entering the stage with a sick guitar solo, the Floozies owned up their uptempo funkadelic bass music.  “Love, Sex and Fancy Things” was a hit as the crowd yelled “Beatle Juice”. T’was a classic, kick-ass Floozies dance party!

With the last day of the festival finally upon us, there was no better way to start the day than to catch Gem & Jam veterans The Party People. Opening their set with a remix of classic R&B group The Bar-Kay’s, we all knew this trio would be coming out with lots of energy and no holds barred – the Party People weren’t done having festival fun. They played some of their originals including, “Watch Out And Don’t Stop”, as well as a soon to be released track, “Cool Display”. From the live scratches courtesy of Mikey Thunder, the spontaneous rhymes from Benjamin’s Vibe and the seamless production from Mr. Bugatti, the Party People truly live up to their name and were a pleasure to watch.

Must say this was a magical weekend and I can’t wait to return to this breathtaking festival! Don’t miss out – put this on your list for 2021!