On Friday, Austin, Texas, was treated to a lovely night of diverse electronic music by SOBBRS, Vincent Antone, and Maddy O’Neal. SOBBRS began the night with his Electro-Pop sounds before Austin-based Vincent Antone took the stage.

Fresh off the release of his No Turning Back EP, which features Austin drummer Jose Gutierrez, Vincent Siedl displays his multi-instrumentalism with a finesse that only years of practice can muster. He fuses a wide range of genres, including Future Funk, Hip-Hop, Future Bass, House, and trap. In turn, he creates a one-of-a-kind sound that quite frankly, no one in Austin or even Texas is currently accomplishing.

Vince and featured drummer Connor Marshall began the sonic journey with a sample from conscious rapper extraordinaire, Chali 2na. With sounds reminiscent of STS9, The Floozies, Sunsquabi, GRiZ, and Pretty Lights, they hyped the crowd from the beginning.

It wasn’t long before Vincent brought out his guitar for some Texas-induced playing to accompany the break-beat drums and intricately laced production software. With soulful vocal samples, the duo birthed an Electro-Funk vibe that erupted the floor into pure pleasure.

Next up was the latest title track “No Turning Back,” which features hints of the keyboard, hip-hop vocals, and guitar licks to create a feel-good anthem best bumped with windows down on a sunny day drive through the neighborhood.

“Tell me,” set to be released later this month, melodically transcended the scene into banger after banger, with the audience smiling and getting down together for the sake of funky electronic tunes. Taking a turn to a more ambient, chill vibe, Siedl and Marshall produced a lo-fi climate interspersed with sweet guitar riffs and hip-hop drum grooves.

The duo closed out with an epic wailing of the guitar by Siedl, a soon to be released remix of James Brown’s “I Feel Good” — a super on-brand way to cap off the set.

Next up was Denver-based Maddy O’Neal, a warming and refreshing face to see in the male-dominated industry of music production.

Her palpable energy, contagious smile, and unique fusion of multi-genre sounds have an intoxicating effect on those in attendance, and this go-around was no different. A fun-loving amalgam of soulful vocals, heavy womps, and touches of hip-hop, the music had the bass and the booties dropping from the start.

O’Neal offers a grimey, glitchy, and jazzy blend all her own. “Bangtown” was up next and the artist showcased her skills on the midi pad controller. Siedl joined the stage for “Take it Slow,” from 2019’s The RUSH EP. She maintains the integrity of producing band-like sounds while staying true to her Rock and Roll and hip-hop roots.

It’s evident with her music that Maddy is in this scene for far more than fame or followers. Her musical message eclipses the material world and pushes a theme of investing in the self, spreading light and love, and uplifting her community.

A personal favorite “Nunya,” (a collab with Minneapolis’s Megan Hamilton), saw Vince join the stage once more for the feel-good female power track. Vince stayed on stage for one more heavy hitter, before Maddy ripped her glitch-bass remix of Sublime’s “What I Got.”

O’Neal leads us into her Marvel Years collab (featuring Chris Karns and Michelle Sarah) “Viral Love.” The track punches calculous bass bumps with silky smooth soul, wobbling synth riffs, and keyboard love. To cap off the festivities was “After Glow,” a dope brass-heavy tune featuring Big Gigantic’s Dominic Lalli. While we wished the night would have never ended Maddy voiced “You can feel the music in the city when you walk in. Thank you.” No, thank you, Maddy. 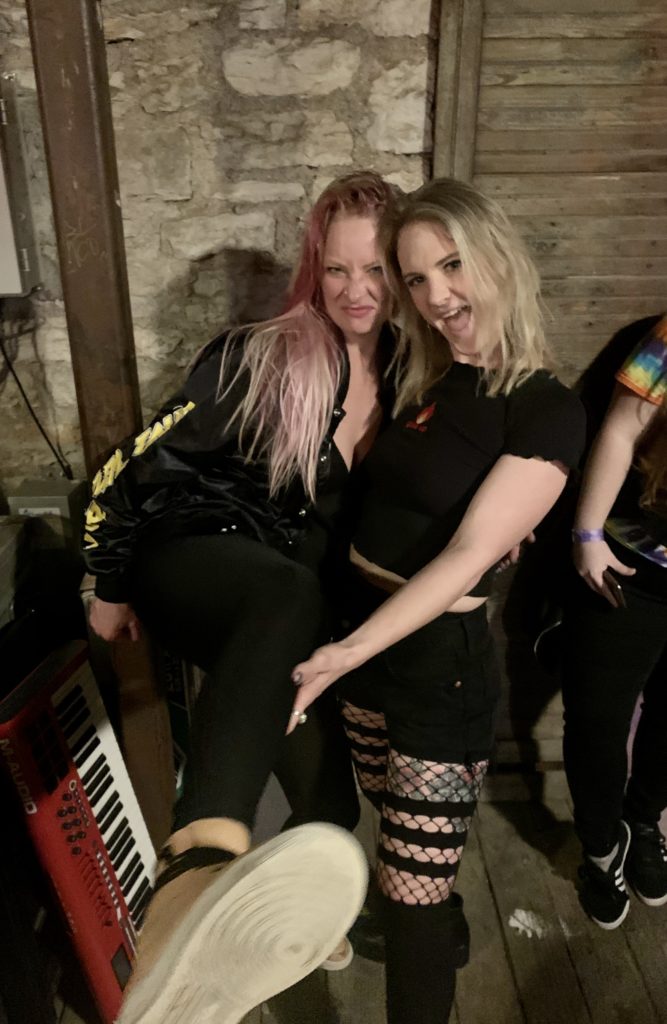