x
by Louis F
on February 18, 2019
under Uncategorized
∞ Permalink

Lev Averbakh, know by his moniker Since JulEYE, has been making big waves in Colorado’s electro-soul scene. The Denver based producer has made a name for himself showing up on STS9’s inaugural Wave Spell festival in Beldon, opening for the Chicago legends Manic Focus at the Fox Theatre in Boulder, and this upcoming Wednesday, JulEYE has the opportunity to open for Nightmares on Wax at Cervantes’ weekly Re:Search show.

Before I go into his live band set at the Fox, let’s talk a little about Averbakh’s project. Averbakh was born in St. Petersburg, Russia and grew up in Chicago. He began producing in July of 2017. When asked about where his stage name came from, Averbakh said, “I was born in July, got my first dj gear in July, and my first gig was in July. I decided on Since JulEYE because it’s pretty vague and I knew it wouldn’t be mistaken for anything else. Also, the eye part is because I draw and paint a lot of eyes so that opens it up for a cool eye logo.”

Since JulEYE crushed it at the The Fox Theatre – Compose Yourself show review coming soon!

Posted by Compose Yourself Magazine on Sunday, February 17, 2019

“You have a live band before you have a SoundCloud? Sweet.” – Artifakts.

“Musically, this is the dopest shit I’ve done so far.” – Lev Averbakh

I was able to catch JulEYE’s live band set at the Fox, and for an artist still within his first couple years of producing, the set was dialed in and funky. Averbakh was joined on stage by local scratch ninja Brisco Jones and keyboard wizard Todd Stoops. The set was a nice balance between soothing melodies and elements of heavier bass music. The crowd at the Fox was definitely vibing with JulEYE’s sound; a perfect complementary intro set for the Manic Focus boys. JulEYE impressed me with his ability to walk the line between a flavorful set mashing elements of funk and jazz with the high energy world of bass music. 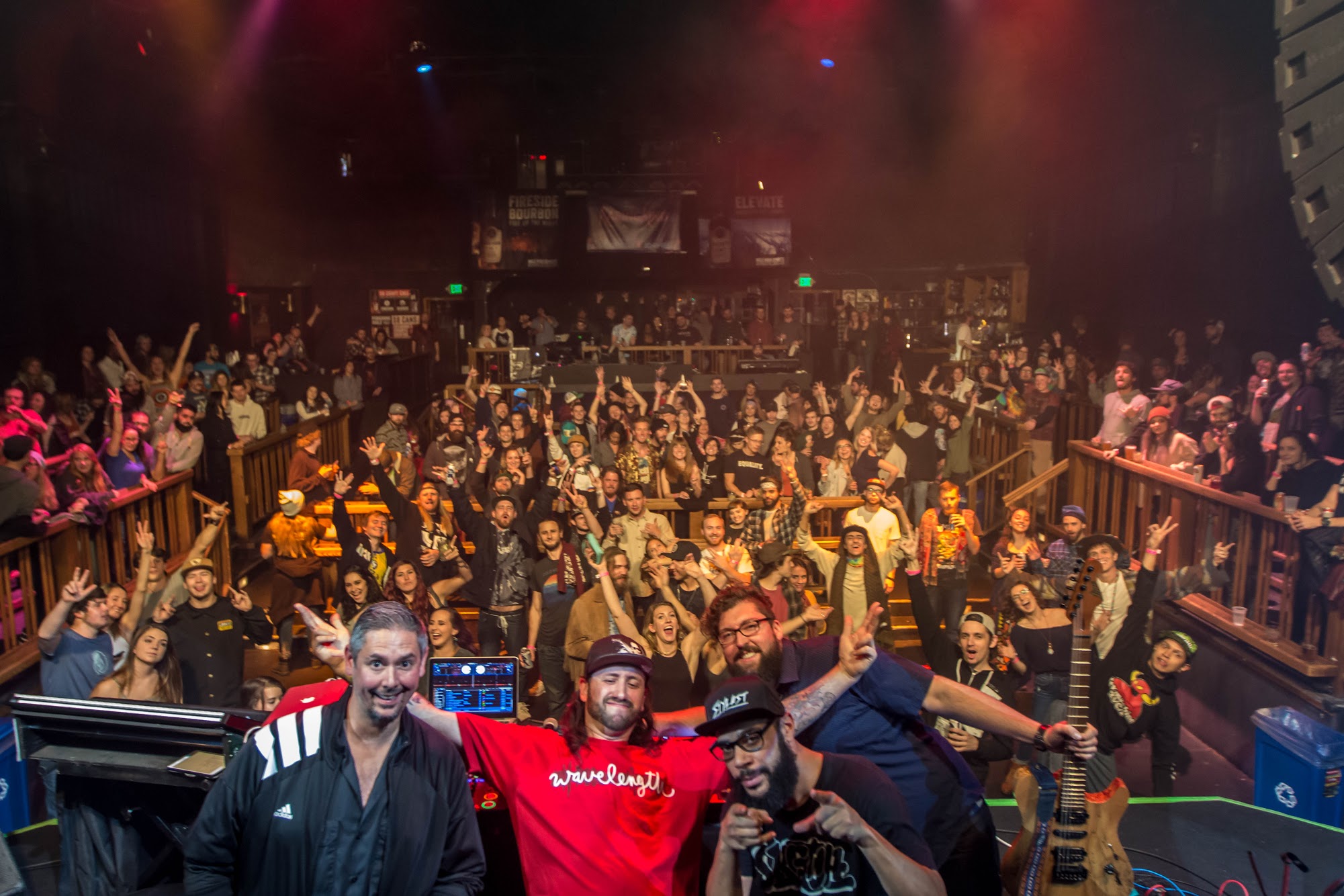 A couple of songs stuck out to me during the set; the first would be an unreleased ID that started off with fast paced high-hats and a strong clap that give the drum line some substance. A distant trumpet entered the scene as the first build began, which led to a heavy drop over the “You’re as cold as ice” sample. The track also features a nasty baseline at the end of the track, which JulEYE crushed live at the show. Another one that stuck out would be JulEYE’s collab with Mr. Bugatti, “Outside the Chaos”. This one gets your sunk in from the start with the juicy melody in the intro. The juiciness is only brought to a higher degree with synthy keyboard layers and a wompy bass bridge. The clean arpeggiators also help to give this track some character. Similar to the track I mentioned before, JulEYE jammed a dope bass solo towards the end of the track that tops the track off with a helping of funk. The cherry on top for this set would have to be Marcus Rezak shredding guitar on the last two songs of the set. His riffs pierced the heart of the tracks he was playing over and the crowd was super into it. All in all, it was one for the books at the Fox Theatre.

Pick up tickets to Since JulEYE’s show at Cervantes this Wednesday opening for Nightmares On Wax here!