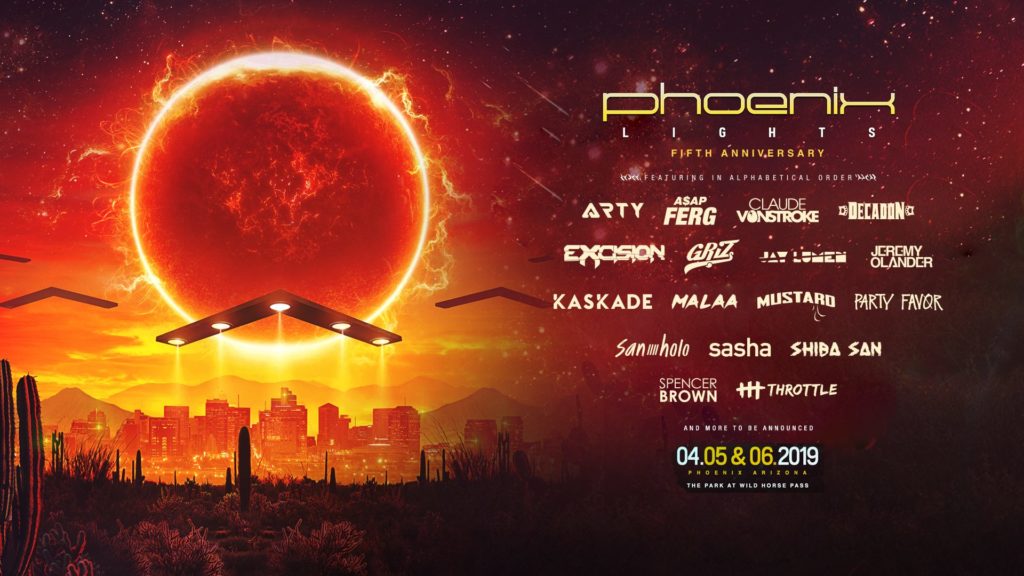 The alien minds at Relentless Beats have chosen their initial artist selections for this year’s Phoenix Lights Festival. The Mothership will be returning to The Park at Wild Horse Pass at the Rawhide Event Center in Chandler, AZ. This festival is landing with a stacked arsenal of musical ambassadors. Catch some of the top names in EDM and Hip-Hop under the Phoenix Lights at this year’s invasion.

Leading the charge on the initial transmission is the Trance Superman, Kaskade. While this booking has been known since November, additional mesmerizing EDM artists have been enlisted to provide a State of Trance at Phoenix Lights. Veteran producer and North Wales native, Sasha, will also be entrancing the PHL crowd with his unique fusion of Techno, Trance, and House vibes. Accompanying the euphoric portion of the primary lineup are the Anjunabeats associates Arty, Spencer Brown and Jay Lumen. 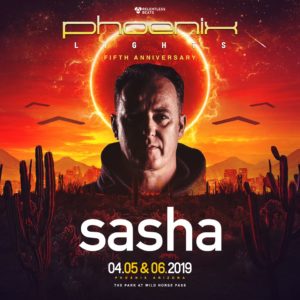 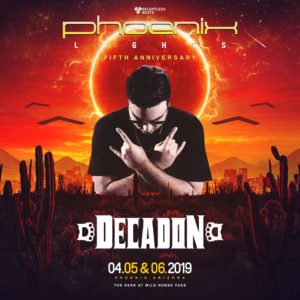 Progressive House and Hip-Hop will also be aiding in the aural abductions this April. A$AP Mob Founder, A$AP Ferg along with the infamous Mustard will be setting the Trap for the PHL crowd. French House mystery man Malaa, Vivrant Label owner Jeremy Olander, and Dirtybird cohorts Claude VonStroke and Shiba San have been recruited to keep the festival throbbing all weekend long. 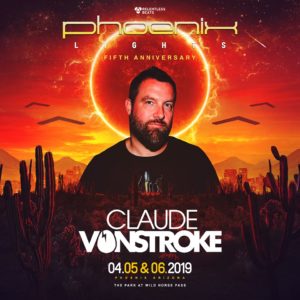 Tickets are on sale now! Get your weekend pass and get ready for the invasion by listening to the Phase One playlist below. Remember to keep an eye on Phoenix Lights socials for the next Transmission!