Maddy O’Neal, Freddy Todd, Megan Hamilton and Ginger Perry are taking over Cervantes’ Masterpiece Ballroom this Friday, Feb 22nd for a hometown throwdown like never before. Leading up to the show, Denver Kush Club is hosting a Meet ‘n Greet event with Maddy and Megan on Thursday, Feb. 21st, so don’t miss out on your chance to meet your favorite sonic icons the night before the show!

With her biggest headline to date, Denver based producer Maddy O’Neal is ready to take on the city’s favorite independent venue, Cervantes. Joined by Megan Hamilton’s mix of hypnotic bass, funky riffs and house grooves, Freddy Todd’s heavy experimental vibes, and producer/DJ Ginger Perry, a smorgasbord of sounds will be delivered directly to your ear holes. 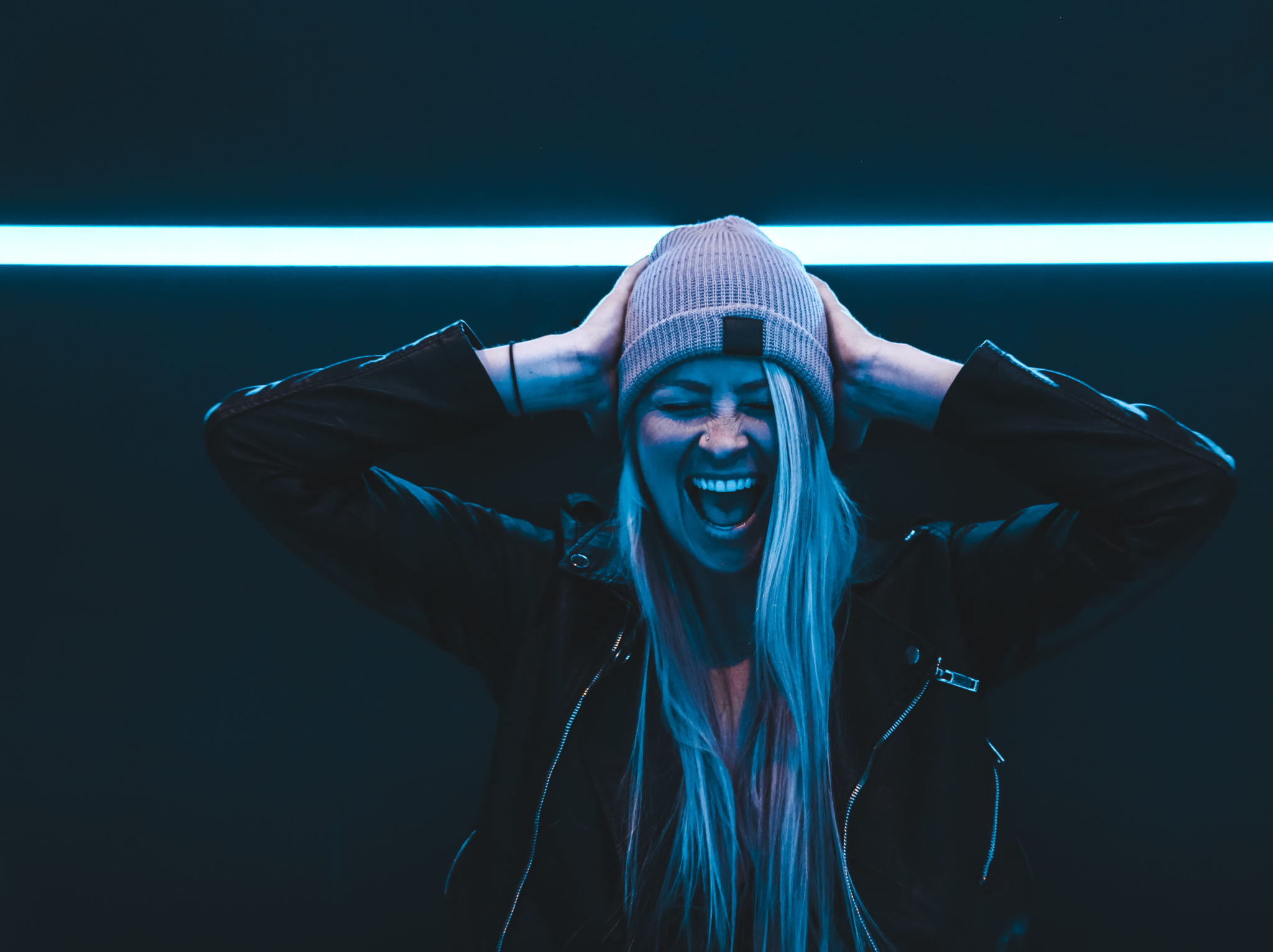 Denver based producer Maddy O’Neal has been on fire lately; touring nationally with Cherub in 2018, and through the Colorado mountains with The Floozies on their recent Powder Rangers tour, she has earned plenty of chances to dial in her live performance. Her 2018 EP Dream State showed us her growth as a producer through its unorthodox song structure and irresistibly catchy melodies. The elements of hip-hop within the project are undeniably a major part of how her production process works, and features from Lily Fangz and ProbCause further prove the point. About the show on Friday, Maddy said, “(I) couldn’t be more excited and honored to be taking that next step in co-headlining Cervantes, the venue where I ultimately got my start in the first place. I’ve been finishing up new music, experimenting with my live setup and getting creative with the whole experience. The Colorado community is one that helped build and support me from day one, so I cannot wait to share this night with so many rad people whose faces I’ve seen time and time again throughout my career. Such a cool feeling to be a part of a community so close. The lineup is extra bad, as with some of my favorite people and producers alike as well – Freddy, Megan and Ginger…homies – Surprises in store.” 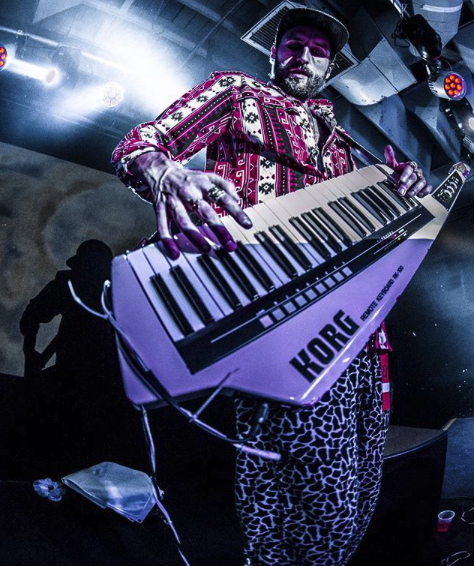 Co-headlining the event, Asheville based producer Freddy Todd is bringing forth a style all his own. Words will inevitably fail to properly describe Freddy Todd. Genre-busting could be an understatement. You can’t pin him down with lexicon like lazer-bass and glitch-funk; these phrases fall way short of capturing the expressiveness, fearlessness, and space-traveling qualities of his music. Hearing his music is akin to being abducted by an extra-terrestrial cruise liner where everyone is tripping on space acid. And if you are lucky enough to witness him produce, you’ll see that he fittingly looks just like the captain of said space cruiser, both hands intently gripping his electronics like the instrument panel on the flight deck. 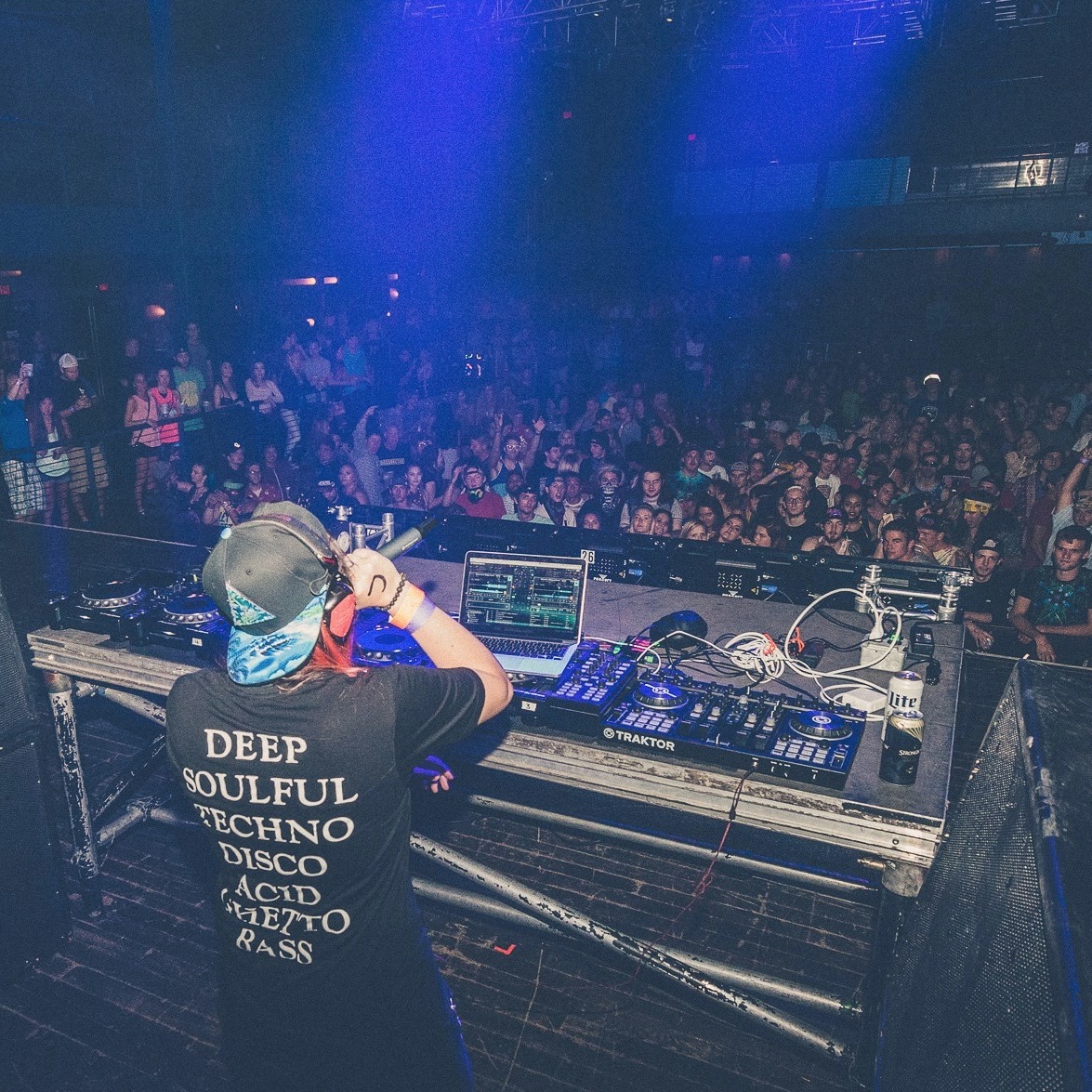 Throwing down my personal favorite Cervantes Re:Search set of 2018, the funk-master Megan Hamilton will be blessing us with her sonic sound waves this Friday. Megan has spread the good word of unapologetic and genre-defying music throughout North America, with performances at Lightning In a Bottle, Arise Festival, STS9’s Wavespell Festival, Canada’s Motion Notion Festival and many more. Her musical resumé is comprised of sharing stages with electronic heavyweights such as The Glitch Mob, Big Gigantic, Gramatik, CloZee and The Floozies. Similar to many of her peers today, Megan refuses to limit herself to one genre – so come without expectations. You’re guaranteed a party out of this world. 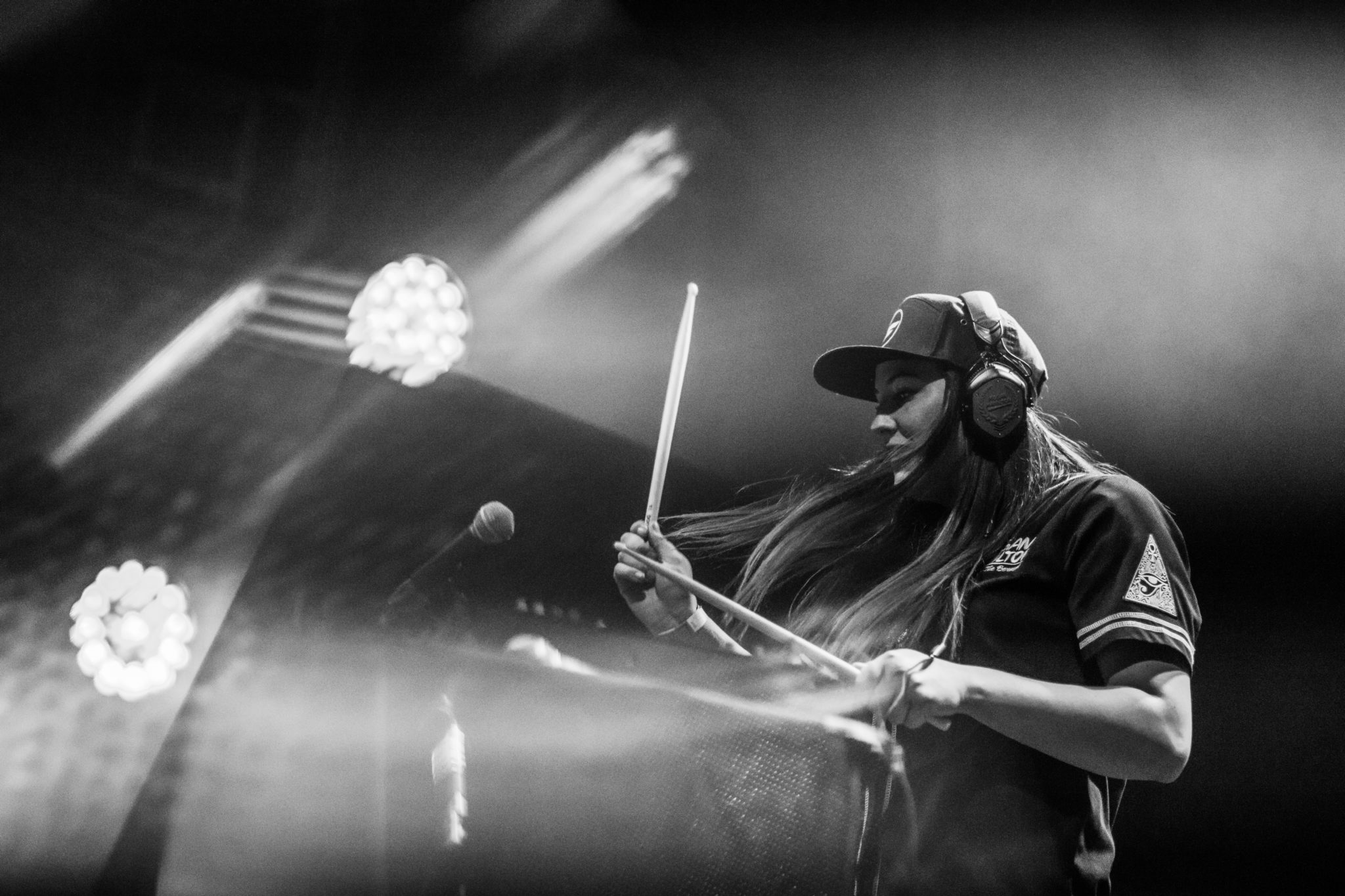 “I was really struck by the paradox of “friendzoning” lately, by this ridiculous idea that women are expected to put out or get out. When I heard the heard the line “You expect me to just let you hit it” by Nelly Furtado’s old track “Promiscuous Girl”, I felt it was the perfect sample to express my disdain for this appalling contradiction. In both the collaborations between Maddy and I, we’ve tried to be consistent in conveying a message that utilizes our distinct styles to empower women through both the lyrical sample selection, and the act of producing the track itself. This track was an amalgam of both my affinity for house music and Maddy’s trip hop sampling styles, we hope you can hear pieces of each of us throughout the track. It’s always an honor to work with other women in the industry, and Maddy especially! We’re super stoked to premier “Hit It”, live at Cervantes on Friday.”

Also joining us for the night is the electrosoul scene’s favorite party starter, Ginger Perry. No stranger to the Denver DJ scene, Perry has been spinning the heat in our city for years. With her upbeat style, the only thing you should be worried about at her sets is getting a wedgie if you cut her off the decks too early.

Snag tickets to the Feb. 22nd show a here! and RSVP to the Meet ‘n Greet at Denver Kush Club for a Penny Pre-Roll with your purchase here!