If you’re looking for the best in live music, art and food this 4/20 weekend, Fox Street Compound is the place to be! Live Night Events, High Rise Media, and Reggae Rise Up are collaborating to present 420 On The Block, a three-day music and arts festival with a heavy hitting lineup and a plethora of distractions that are guaranteed not to blow your high. Headlining the festival is Viceland’s favorite rapper/tv host Action Bronson, Jewish reggae titan Matisyahu and Denver’s dynamic electrosoul, funk-hop duo Break Science featuring a live band set with Adam Smirnoff and Jesus and the Shady Horns of Lettuce sitting in. In addition to the stacked lineup, booths from a variety of cannabis companies will be in attendance as well as live art installations and food trucks to accommodate the festival goers undeniable munchies. 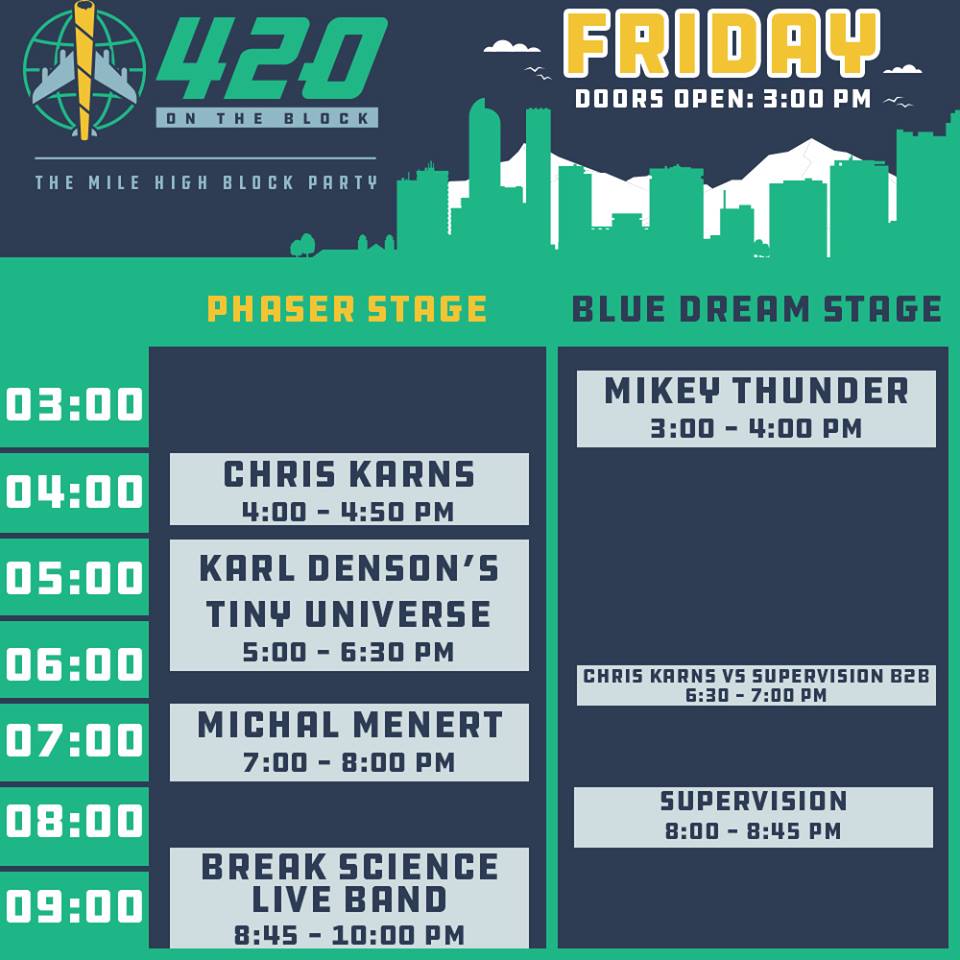 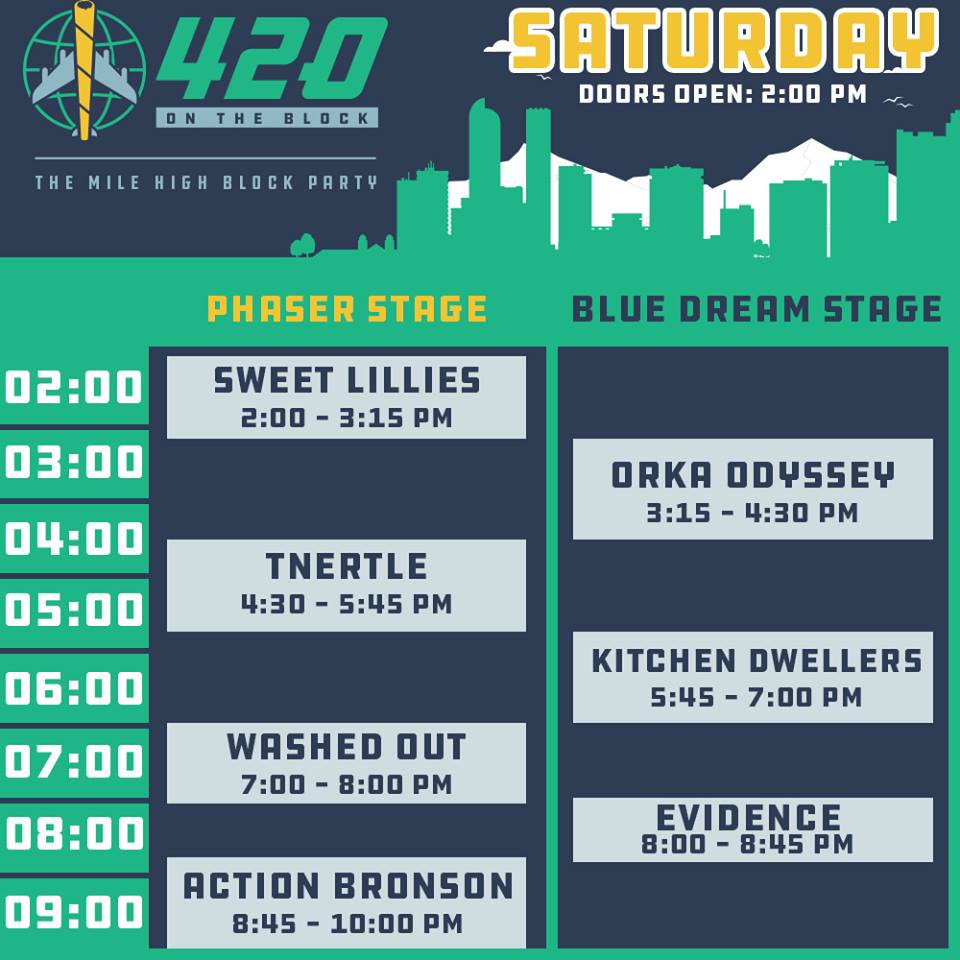 While Friday’s acts are mostly electronic in nature, Saturday is coming in hot with a diverse group of talent. Local jamtronica group Tnertle is not one to be missed. Their unorthodox, high energy tracks fuse intricut chord progressions with catchy vocals and will no-doubt keep the bodies moving. Ex-graffiti artist and California native Evidence is also on the bill for Saturday. The Rhymesayers artist is an industry veteran and has worked with a wide variety of industry giants including Eminem, Kanye, Linkin Park, the Beastie Boys, and plenty of others. Headlining the night is none other than the infamous Action Bronson. Bronsolino has starred in and directed three top-notch Vice shows including F*ck That’s Delicious, Ancient Aliens with Action Bronson, and The Untitled Action Bronson Show. He has also released four full-length albums and has collabs with artists such as Chance the Rapper, Rick Ross, and Joey Badass. 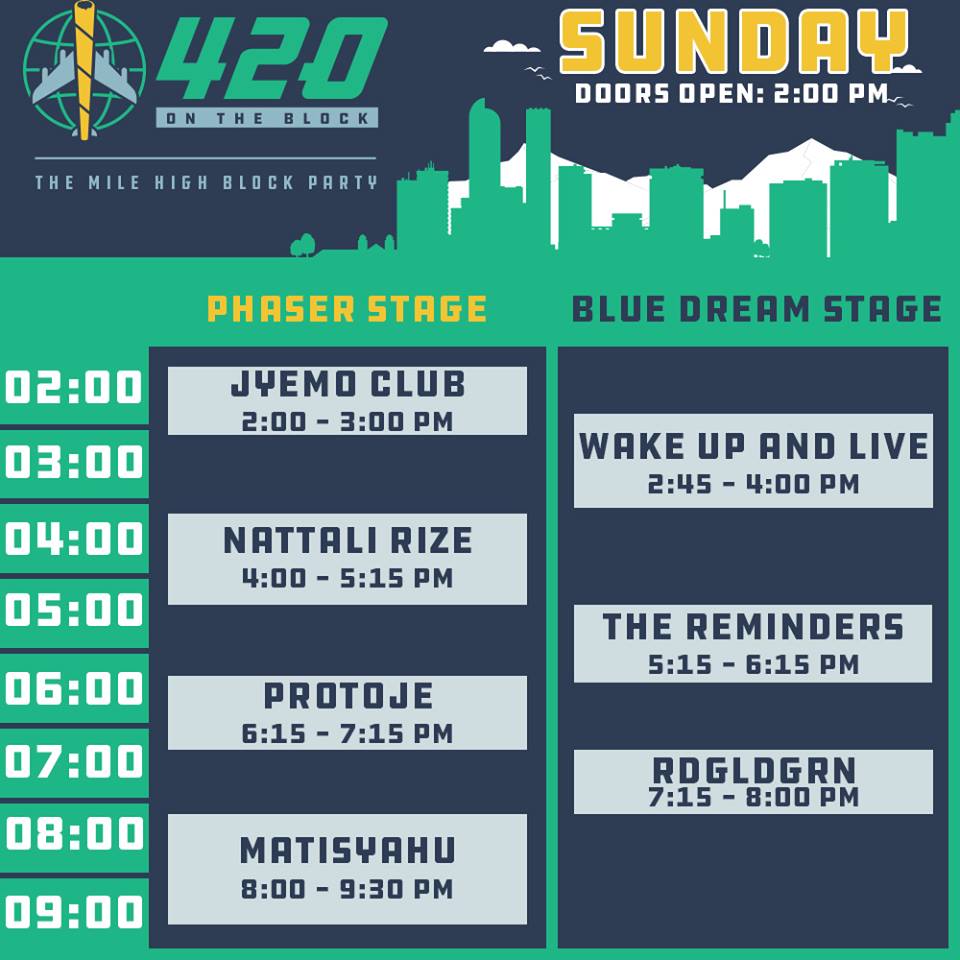 Wrapping up the weekend in a warm blanket of reggae smoke, Sunday’s acts include Jamaican artist Protoje, Reston, Virginia’s own Rdgldgrn, and vocalist, beatboxer, and alt rocker, Matisyahu. The final day will be filled with good vibes and will be a welcoming comedown after a weekend of high-energy music and dancing. 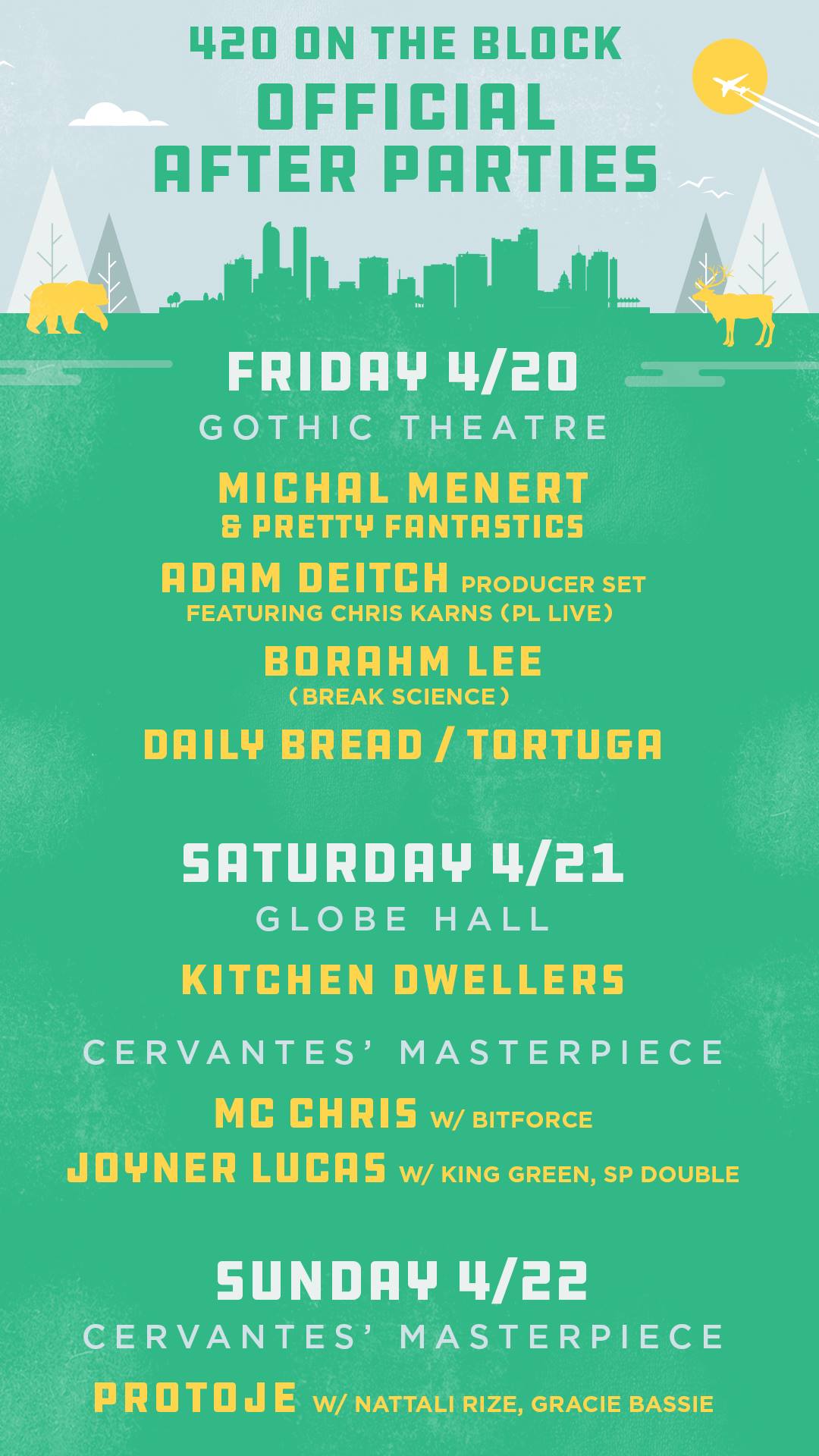 Make sure to check out the afterparties each night to keep the party going! Friday night features sets from Tortuga, Daily Bread, Adam Deitch with Chris Karns, Borahm Lee, and Menert with the Pretty Fantastics at The Gothic (Tickets). Saturday’s late night event hosts Joyner Lucas and MC Chris at Cervantes (Tickets), and Kitchen Dwellers at Globe Hall (Tickets). Finally, Sunday night’s set will be a special Protoje set at Cervantes (Tickets). Grab your tickets while their still available; 420 On The Block ticket holders will receive a $5 discount when purchasing their afterparty tickets. Fans from NYC to Austin are planning to gather for the 420 celebration of a lifetime!

We’re looking forward to spending the holiday weekend with you guys! Stay safe and stay lifted.

Purchase tickets for 420 On The Block HERE!