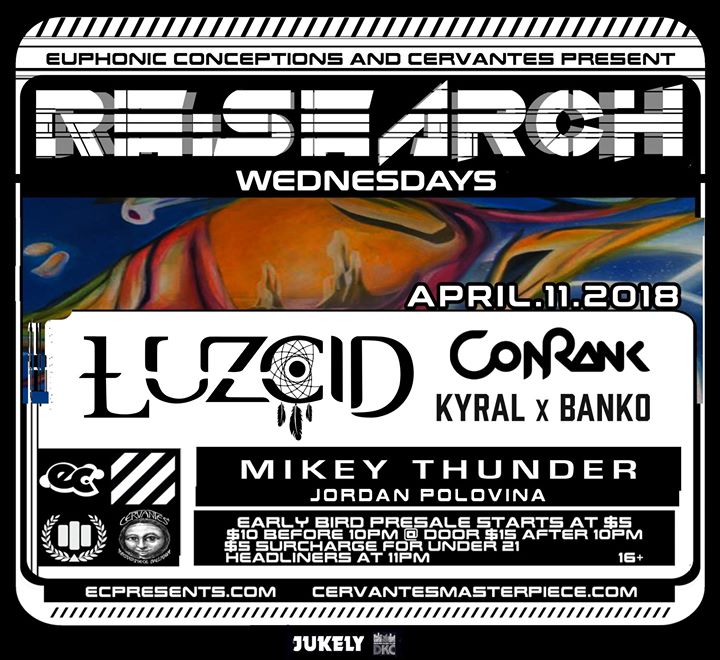 Kicking off the evening, residents Mikey Thunder and Jordan Polovina played through some of Jordan’s originals as well as some deep bass and reggae influenced instrumentals. Even while under the weather, Jordan managed to rock the crowd with intense, intricate cello playing during which Mikey provided his quick, yet precise cuts that gravitated the early birds to the dance floor. Re:Search Wednesday regulars and fans of good music in general should do their best to show up early for the residents’ sets; the sounds are too fire to be missed by those just looking to catch the headliners.

Up next to bat was Kyral x Banko; the Chicago duo’s powerful set probably created back problems for the headbangers that were going all out during the set. Reflecting the energy in the crowd, the intensity on the dancefloor was shared by the duo on stage. The heavy trap set featured a healthy helping of rap samples, as well as multiple drops per song that were impossible to stand still to. Their sound reminded me of a cross between Atlanta producer Herobust and Flosstradomus. It was a fun one that prepped the venue appropriately for Conrank’s crazy set.

Between Kyral x Banko and Conrank’s set, I hit up the silent disco to check out Elevated Therapy. The decision was the right one; the two’s soulful funk-hop set was euphoric to my eardrums. The duo, made up of John Autobahn on the decks and Big Knowz on the mic, brought some serious flavor to Cervantes’ patio. Their genre-mashing style incorporated elements of electronic music from across the spectrum, but generally melded warm, upbeat funktronica with hardhitting snares and kicks, traditional to the hip-hop realm. Big Knowz’s fluid bars were the perfect match for Autobahn’s production style, furthering the depth to the performance while supplying additional energy and lyrics that commanded the party to continue. All-in-all, their set was a hidden highlight in the night and fans should be on the lookout for their debut project. 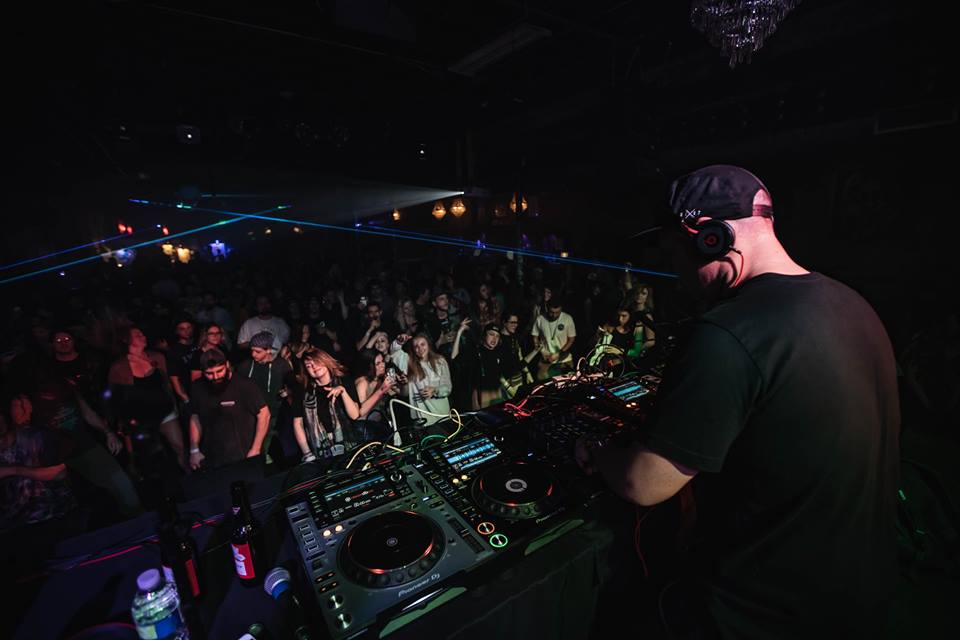 After receiving my Elevated Therapy, I slipped back inside to a face full of bass supplied by UK producer Conrank. Joining producers such as Flux Pavilion and Doctor P on Circus Records’ stacked roster, Conrank fits in well with his aggressive, heavy dubstep/trap style. Merging eerie synth samples with a plethora of distinct drops, Conrank packed the house and broke necks with his intense vibrations. Seamlessly spinning originals and remixes, the high-energy set melted faces and gave us a taste of the UK’s underground movement. 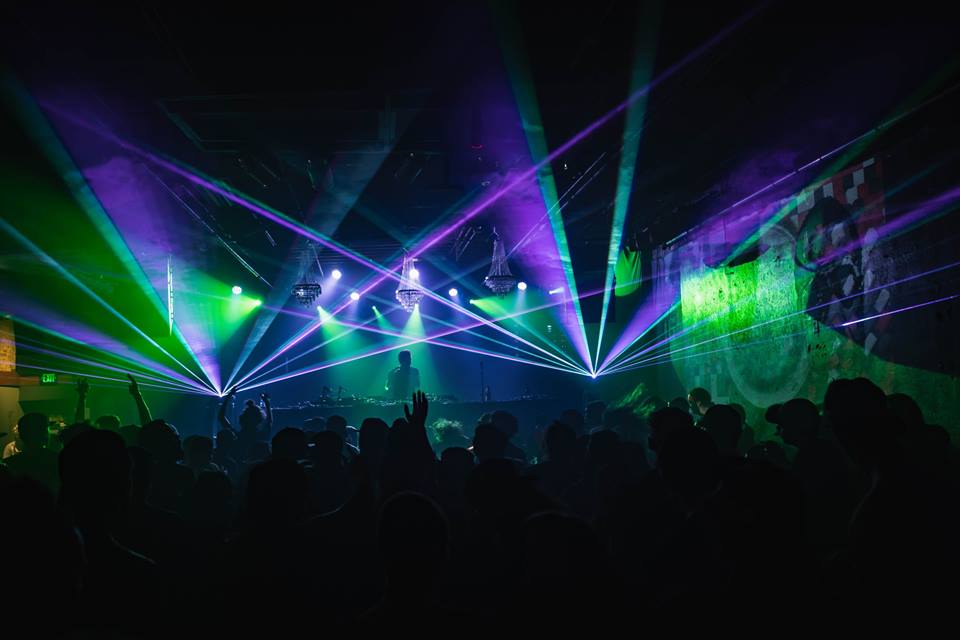 Headlining the night, Luzcid’s melodic tone was a switch up from the heavier two that had played the main stage before him. While the intensity of the set wasn’t as high as the openers, that wasn’t to say Luzcid didn’t throw down just as hard at points throughout. In fact, the way he built up his drops using trancey vocal samples and ariose synths gave his set more structure. I feel like less is more in this situation; he held the reigns and was able to manipulate the atmosphere in the venue with more control. His sound fit his name perfectly. It was as if listeners were in a dream that was being DJ’d by Tipper and Bassnectar simultaneously. Back stage hangs also proved how nice of a guy Neil (Luzcid) really is. He was totally open to talking with his fans about his production style, where he was from, and his experience in the music industry. A great dude that spins great music, Luzcid is a producer that shouldn’t be overlooked by anyone.

As always, big thanks to Euphonic Conceptions, Cervantes, all the artists, and all the fans for coming out. See you guys next week!