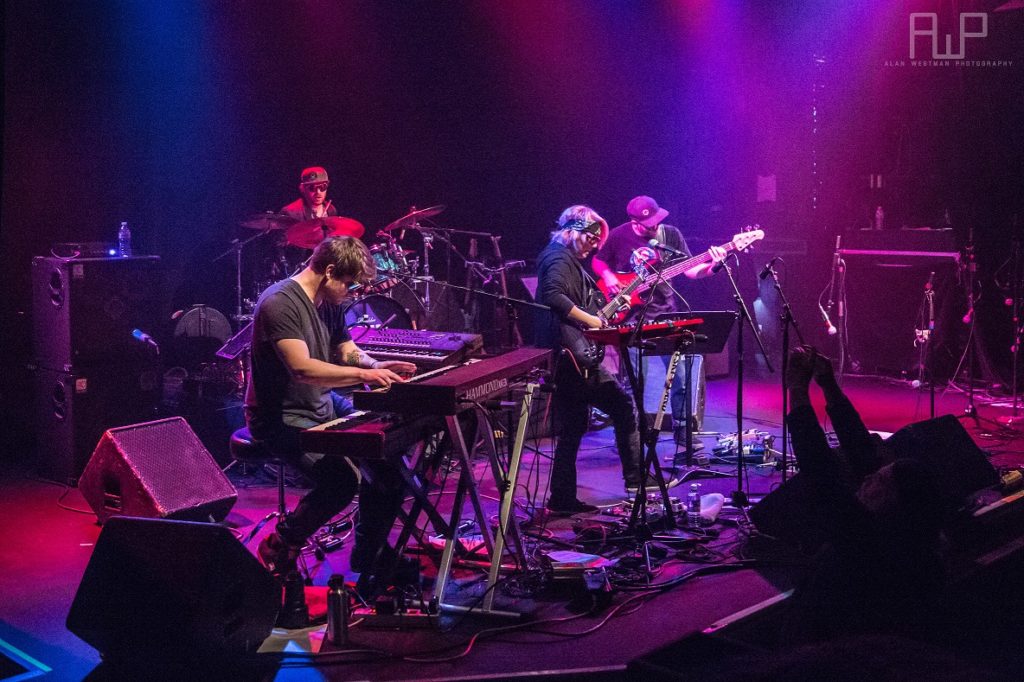 Using the social fundraising platform Pledge Music to release the album, the band are truly putting everything they’ve got into this record, and we can feel the heartfelt dedication, passion and talent on every track. It’s all or nothing, and they’re more than 80% of the way there with 14 days left.

‘Keep It Movin’, the follow-up to 2014’s Polychromatic will see an official release date of May 4th, 2018, but you can get a taste of the album with ‘Take It Away’. When asked about the track, Jaden Carlson had this to say:

“This one was super dope to record and produce because of all the layering that could be done once the initial tracking was complete. In later mixing, we started adding toppers, arpeggiators, and rhythm tracks to accentuate the tight structure of the track. My personal favorite part of the song is the bridge, where we had Adam Deitch (Lettuce and Break Science) do some percussion, and then added a high synth lead that brought the bridge from a cool improv jam to a really sick section. We also added some panning between the rhythm guitar and the arpeggiator which created a kind of surround sound effect. Dope track for sure!”

Make sure you check their social media outlets for upcoming tour dates, album news, and more.