“In the beginning, there was Sass”

This Wednesday, Compose Yourself’s #WCW is the dynamic hip-hop, soul-funk trio Sassfactory hailing from Boulder, CO. The group is made up of Emma Badman on the decks, rapper Zoë Simone and singer Jade Elise. Their first EP, “Out Here”, combines flavorful instrumentals with heavy, hard hitting bars and charismatic vocals. Funky horns, sexy singing, and upbeat instrumentals are just a few of the powerful elements fused within the EP. 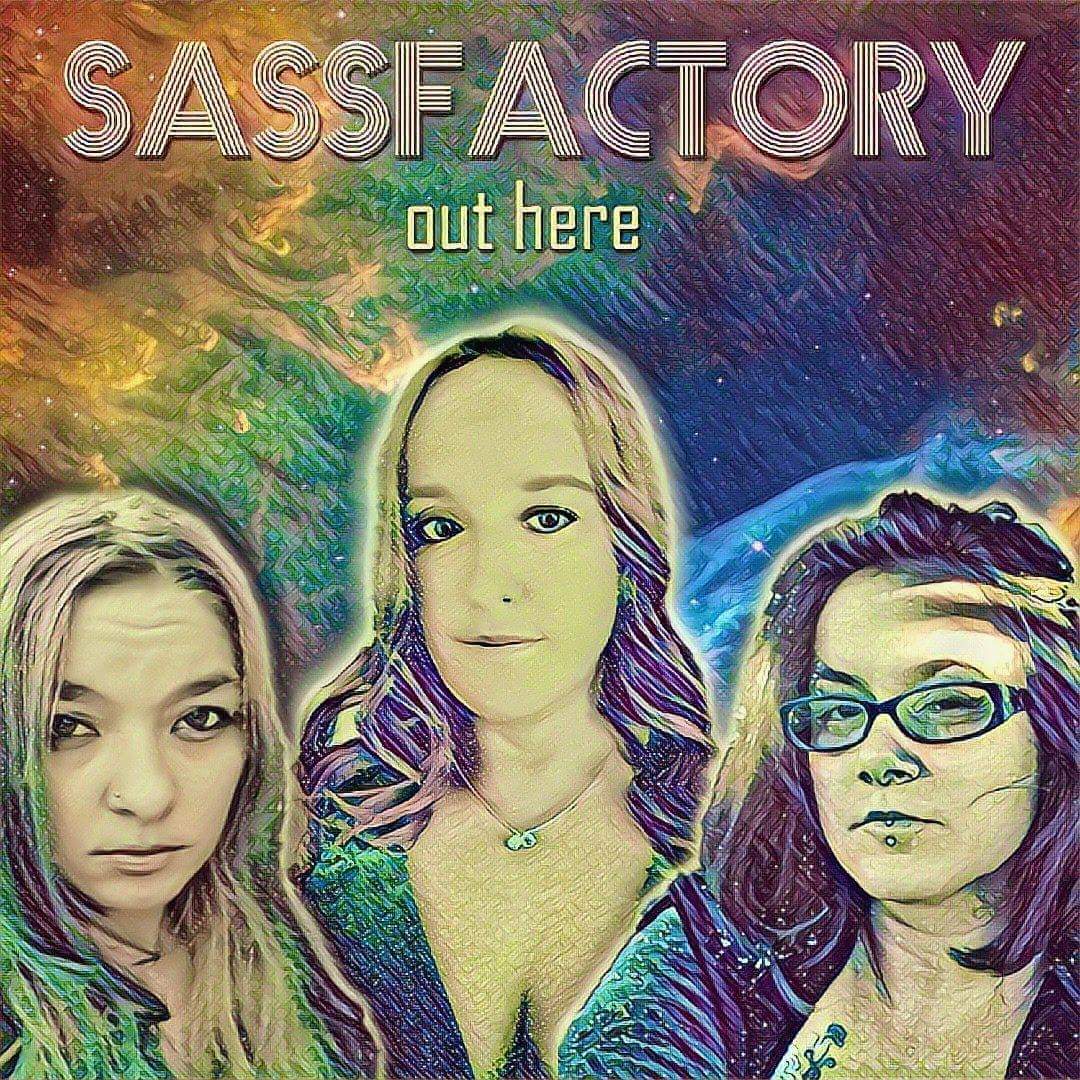 Sitting down with Sassfactory was as inspiring as it was hilarious. The three bounced thoughts and stories off each other fluidly and their obvious bond appears unbreakable and provides the structure for some truly incredible music to be developed. Compose Yourself sat down with Sassfactory to dive deeper into the birth of the trio, their roles within the group, and their upcoming plans to wreak havoc in the industry.

Compose Yourself: Hey guys, thanks for taking the time to speak with me. How did you all meet?

Emma: It really was…I remember meeting Jade when she gave Jordan, Quinn and I a ride to a Glitta Kings show in Colorado Springs. We played our set and then she (Jade) got on the mic and I was like “Damn, she can sing!” We then went home and Jordan bought us a bunch of McDonalds….like way too much McDonald’s. It was like more than $50 for four people haha.

But yeah, there was like a Boulder ‘Back to School’ party thing a few years ago and that was the first time Jade sang with me on stage. That was also the night Jade met Zoë.

Zoë: Yeah, I just happened to be at the block party and I saw my friends on stage with Jade, who I didn’t know at the time, and I was just like “Wow she is so talented – I need to find her after this set.” So after their show I was just looking around the crowd and found her and when we met there was instant chemistry.

Jade: Yeah, she just introduced herself and started rapping and I started singing – we had a heart to heart and we all knew pretty quickly what was happening. We all three have a really strong connection, the synergy among us is really special. I remember our first big show was opening for Exmag with the Party People at Cervantes. We wrote our first song, Stella, in my basement and things just picked up from there.

Where are each of you from?

Emma: England, then I moved to Massachusetts for my dad’s work. I went to high school in MA and eventually said fuck this I want to move out west. So I hopped on a plane and headed to Boulder because I had a friend, Danielle, out there and I basically got off the plane and thought “This is the place.”

Zoë: I’m from Santa Fe, New Mexico, but I moved to Longmont when I was 9. I’ve moved around Boulder, Longmont, and Lafayette a few times since then.

Jade: I was born in Nederland under the co-op. There’s an apartment down there and I was born there on Labor Day. I moved to Boulder when I was 5, but I’ve been here for most of my life.

Who are your musical influences?

Emma: Atmosphere is definitely one for all three of us. Pretty Lights, Griz, Michal Menert.

Jade: I come from a blues background so Stevie Ray Vaughan is a huge one. Stevie King is titan and I feel like blues will live on forever. Nina Simone is a really big one too. Etta James is on this list too.

Zoë: I think we all pull inspiration from things outside of music too, like from life in general. I think what we’re trying to do is educate people and help broaden the range of thought that people experience while listening to music.

Emma: We all want to represent how powerful women really are and what we can all do to create real, positive change in the world.

Emma: We’ve actually played a bunch of really fun shows recently. The fashion show at Cervantes was super fun. Our friend Sara Mount sat in with us and we honestly hadn’t even practiced that much but it turned out really well. I basically flew in straight from a crazy work trip and went straight to Cervantes.

Jade: That Exmag show that we were talking about earlier was really fun, so that one is up there.

Zoë: We did an Untz preparty silent disco that was pretty crazy. People were listening to us without the headphones…it was fun and a pretty wild way to do one of our sets that way.

Where did you record “Out Here”?

Jade: In my basement, at Jordan’s house and Sam’s place. Our friend Sam Goodman is an amazing musician and incredible teacher. He’s the coolest guy ever. We went to his house and he just sat us down with a bunch of super helpful suggestions. Same thing with Jordan, he helped us out a ton and we recorded some of the EP over at his place. So yeah, really those three places.

Emma: Zoë redid some of her verses at Jordan’s. He really taught us a lot about recording vocals and setting it up so it sounds how we want it to.

If you were a Pokemon, which one would you be?

Emma: I’d be a squirtle

Jade: Doesn’t one of them sing? Yes? Yeah, I’d be a Jigglypuff.

Zoë: I would have to go with Charizard because he spits fire.

Any upcoming shows you want to talk about?

Emma: The 4/20 weekend is gonna be crazy. The Patagonia crew is doing like a clothes exchange that were playing at, Jade is singing at Ophelia’s with the Universal Language crew, and were also playing at the Black Box with the Angry Neighbor collective that we’re a part of.

Zoë: The next day, were playing “To Gather the Light” in Boulder. It’s kinda like a local campout festival styled event. We’re all pretty pumped for it, should be a fun weekend.

Any new music on the horizon?

Emma: One of the concepts we wanted to explore is doing an all female album. All the vocals, instrumentals, and back end production would all be done by women, which we think would be pretty cool. Like a girl power project.

Jade: I think we also want to dive into some heavier, grittier bassier stuff. Something that would be really fun to play live.

Zoë: We think it would be really fun to make a party album with bangers that sound good in the club…something that’s good loud and people can move to.

With all the new music we make, we’re really just trying to grow together and evolve our music. This project has taught us a ton about dealing with people, having something this intimate is really special.

Emma: For us to come through all the challenges and victories together, it’s really just made us much stronger as a unit. And we all have so much fun with it, it’s really wild.

Jade: It’s like we have this baby together and now it’s a rowdy two-year-old that’s just going crazy, but we love it.

Thank you guys so much for speaking with me!

Check out their music HERE!