Although I was late to the opening set (Mikey Thunder/Jordan Polovina), the half that I witnessed featured mostly downtempo, soothing tracks along with some signature freestyles from Jordan. One highlight of the set was a beatbox-scratch session from the duo that really displayed the two’s musical connection. Their timing was perfect and Jordan’s lightning fast beatboxing with Mikey’s flawless scratching combined to create a ridiculous sounding beat. Another cool moment came during a freestyle in which Jordan asked the crowd to bring him random objects to rap about. When someone tossed him a hacky sack, he managed to stall the hacky sack on his foot and line up the timing with his lyrics perfectly. The crowd loved it. Overall, it was a really fun performance. I HIGHLY recommend getting there early, as the two are regulars at Cervs and will continue to open throughout 2018.

Galaxe came on next, a few songs into his set, he came with a dope Childish Gambino remix. His style was heavier than the more melodic tunes coming from the openers. Heavy as it was, he came with an up-beat tempo that started to give the venue some life. Kicks Modern brought forward an aggressive, energetic sound that brought everyone to the dance floor. The two killed their sets and prepped crowd for the music to come. 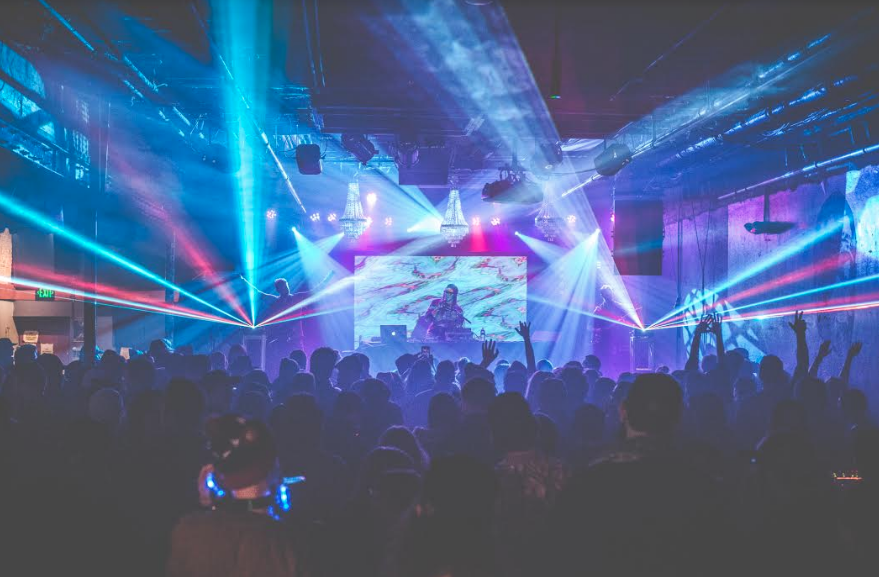 Next up was Megan Hamilton, and I can easily say that was one of the top three sets I’ve seen at Cervantes. Megan and the Bermudas brought a heavy dub/hip-hop fusion blending her nostalgic and lyrical vocals with crunchy electronic beats. I have to give a special shoutout to Alex Kish on the sax who’s solos gave Griz a run for his money and, along with Pat, provided some organic instrumentation to the set. From Hamilton originals to a ridiculous “Dirt Off Your Shoulders” flip, Megan brought the heat from start to finish. It was also super refreshing to hear some live singing and rapping over the instrumental beats they played. Not to mention that Megan has bars that brought me back to early 90’s hip-hop. Overall, Megan’s ability to pull from elements of funk, hip-hop, dubstep and soul music conjured a euphoric atmosphere that everyone was vibing to. 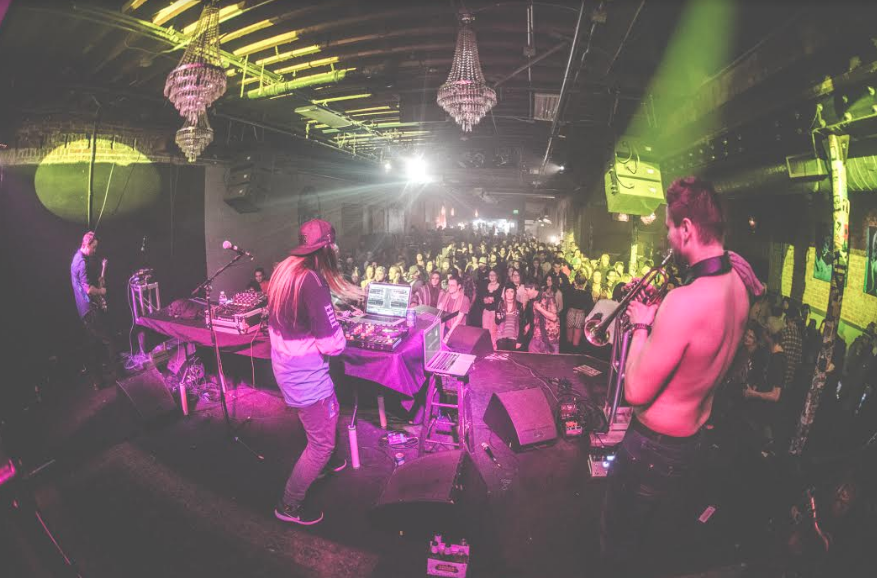 Finally, An-ten-ne closed out the evening debuting music from his upcoming project Black Crow. While I wasn’t able to catch the entire set, I remember hearing his unorthodox sampling techniques. His track “Swords” incorporates traditional Japanese music with samples of what sounds like a sword fight commencing in the background. Another unusual trait of his was the Gameboy-esque sampler that he would clutch like a mad scientist and flip beats with during his set. The half that I caught was definitely interesting. Although he didn’t have the organic sound that Megan brought, his Acid Crunk style was certainly unique to the electronic genre.