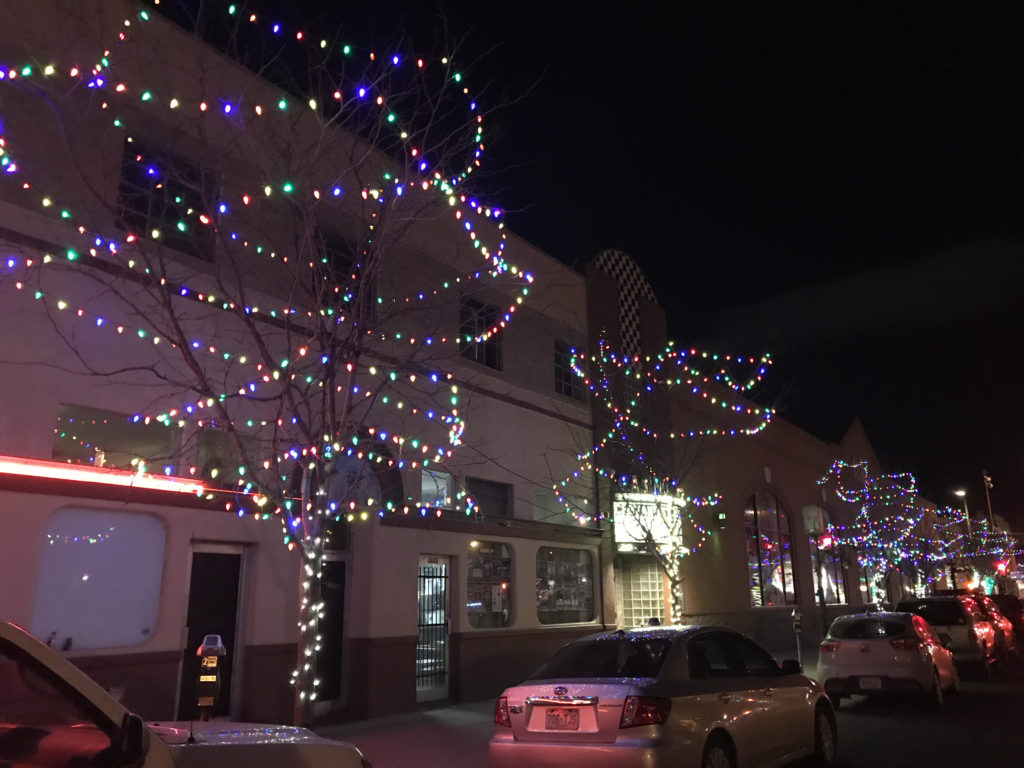 Jordan Polovina, an accomplished cellist/MC and producer, has joined the ranks of Re:Search recently and has been kicking off every Wednesday. His stunning combination of talents keep the early birds mesmerized and locked on the dance floor, many with their jaws dropped and phones out.

He also incorporated a unique instrument, a talk box, to distort his voice while simultaneously playing cello and tinkering on his drum pad. Ending his performance with a hard-hitting freestyle, he graciously thanked us for coming early, though the pleasure was truly all ours. 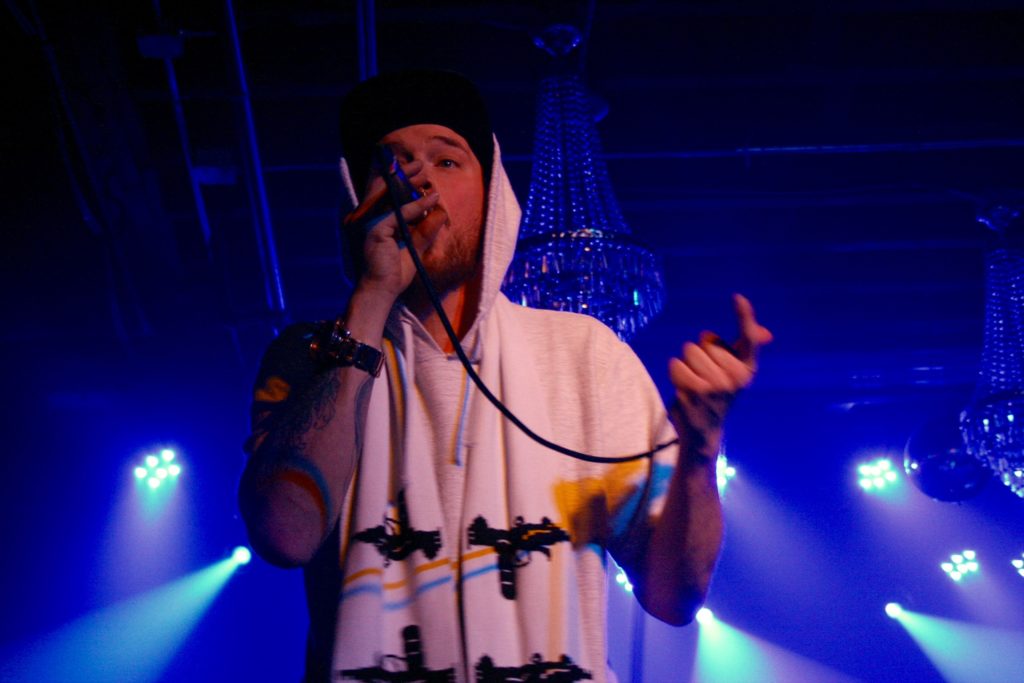 Mikey Thunder had Jordan sit in for the first couple songs and then proceeded to rip up the dance floor with some heavy yet uptempo tracks. Ranging from minimalist bass to glitched-out trap, Mikey gave us a proper set to use as fuel for the rest of the night. Towards the end of his slot, Mikey slipped onto the mic to apologize for going so heavy on us – ‘I meant to be more mellow, but hey!’ To which we all whooped in thanks and gratitude. Mikey Thunder can do no wrong! 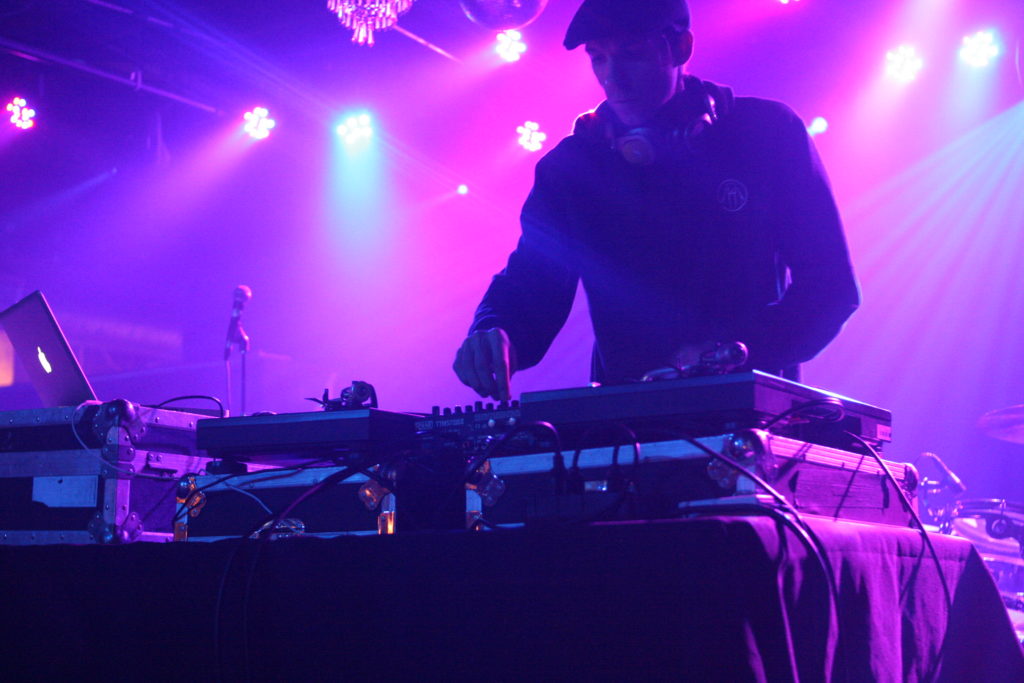 Mikey Thunder. Photo by Brit Wherry for Compose Yourself Magazine

Heading out back to check the Silent Disco, it was still a bit chilly but propane heaters kept attendees cozy and huddled. An MC joined the silent disco, which made for an even stranger atmosphere – silent discos are pretty cool once you get the hang of them, but this was definitely the first time I’d seen a rapper in this setting. Heading back inside to catch the rest of the lineup, it was a great chance to roam the room before Cervantes’ packed out. I took this time to view the beautiful live art being created and to see some vendors as well. 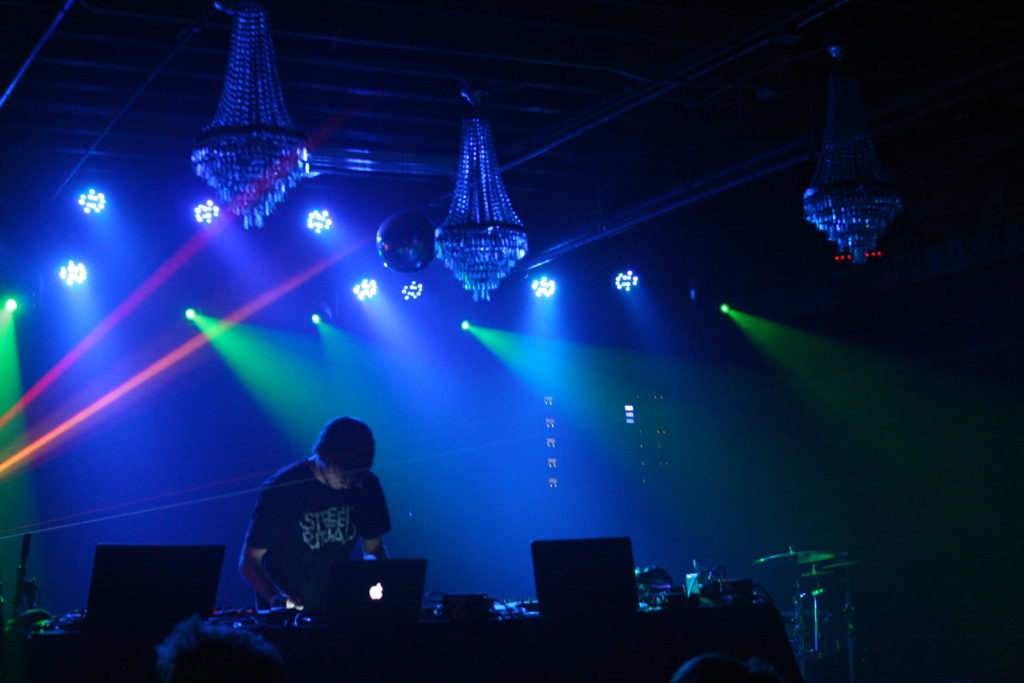 Toy Box. Photo by Brit Wherry for Compose Yourself Magazine

Up next was Toy Box, who truly pulled a variety of tracks from his sleeves and had the whole room bumping. From future bass to melodic dubstep, Toy Box served up a medley of beats to a packed audience. Incorporating live mandolin, he truly sets himself apart in Denver’s rich music scene.

Daily Bread, an energetic producer from ATL, brought his lovely style of hyphy downtempo at 1130 sharp, digging deep for perfect bangers. Having seen him previously, it’s always a dope treat to catch him live, as he always gives the crowd just what they want and creates the best party vibes. Krushendo played after, but we headed out early.

Make sure you’re signed up for text alerts for discounted entry!