ARISE is one of those gatherings that takes a step beyond the staples that make a music festival. Theme camps, art exhibits, and a strong focus on workshops contribute to a creative and empowering vibe. Colorado-grown ARISE is this August 5th for three days at Sunrise Ranch, a peaceful space in the foothills of Loveland, Colorado. Nearly 5,000 people spent a memorable weekend at ARISE last year and 2016 is expected to draw a similar crowd count this year.

Paul Bassist, producer of ARISE, describes the festival as a familial effort, saying: “The music is like the fire …. and we all gather around it to warm our souls”.

Kings of electronic, rap, and raggae meet in a diverse lineup packed full of talent. Ziggy Marley, Damian Marley, Papadosio and Del tha Funkee Homosapien are some headliners sure to draw in well-deserved massive attention. But one of the best parts of the festival experience is getting to know and love new musicians – I personally appreciate artists that use live instrumentation during their sets. Check out these six artists that raise the bar with live instrumentation we will be sure to catch this year at ARISE.

Wildlight
Wildlight consists of The Polish Ambassador and Ayla Nereo. We couldn’t agree more with the description on the official website as “a sound that will spark your body into motion and swing your soul into flight”. Ayla’s dreamy voice is paired perfectly with Polish’s distinct production, creating a unique, harmonious, earthy groove.

Be sure to catch Ayla’s solo set on Saturday at the Starwater stage beginning at 4pm!

Sisters Chloe and Leah Smith created Rising Appalachia in 2005, a multicultural world folk sound that is packed full of Southern influences, urban inspiration, and straight up soul. Six studio albums have been released by the band with Wider Circles, being the most recent. They have worked with tons of different artists and musicians and as such almost any eclectic instrument imaginable can be found in their work – from the didgeridoo to the washboard to the djmebe. Be sure to check their set at Arise this year. Aside from the sisters’ stellar harmonics alone, Rising Appalachia is sure to warm our hearts and take us on an audio journey through different cultures. 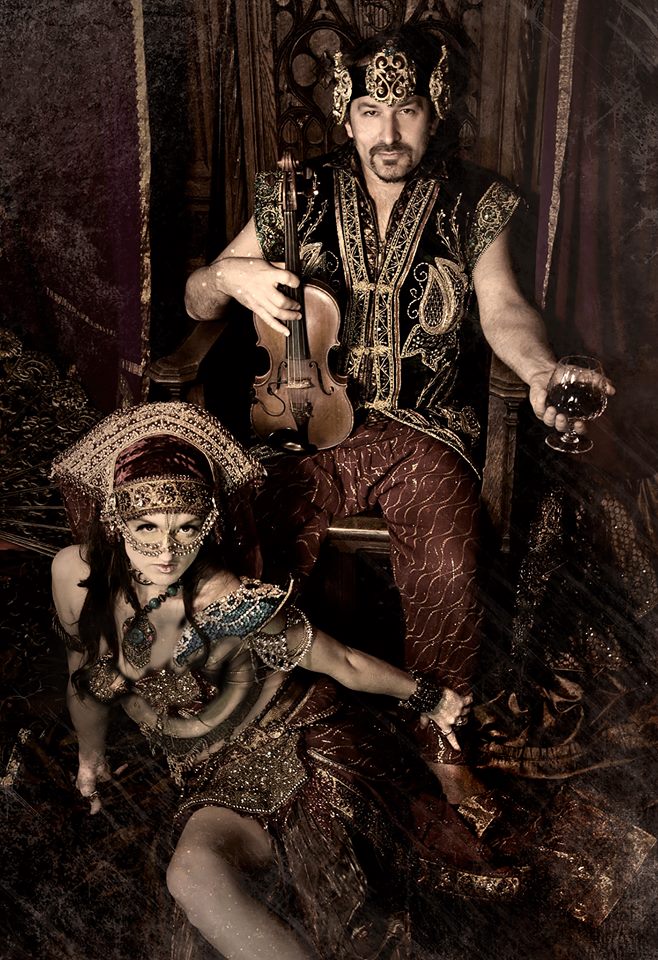 Austin based Shane Madden is the mind behind the gypsy magic that is Govinda. His latest studio album, Decadence, was released in March of this year and features talent such as Paisley Starfire and Nizami. The Govinda experience is a multi-faceted treat composed of incredible projections, immersing vocals and movement flow of professional performer Jordan Proper, and Madden entrancing and melting his audience with live violin.

Clark Smith (saxophonist/producer), Nic Thornsberry (Drums, SPD-SX) and Frederick Reisen (bass) are the trio behind the name Dynohunter. Based in Boulder, Dynohunter’s sound is described on their SoundCoud page as “Rainforest Tech”. Dynohunter has a distinct tribal sound to their music with incredible use of drums, bass, and jungle beats. This will be their debut appearance at Arise, so make sure to catch them Friday night on the Area 51 stage from 8:45-9:45!

Dirtwire is an organic fusion of electronica and Americana, blues, and folk that first debuted in 2012. As one half of Dirtwire is Beats Antique’s David Satori, we’re definitely expecting a tribal sound from these guys. Yet Dirtwire is distinctly different from Beats Antique. Evan Fraser of world groove bands Stellamara and Hamsa Lila is a perfect musical match for Satori. The result is a savory, seductive, heart-warming back-to-roots primal sound that gives their audience a peek into a variety of cultures and fascinating live instrumentation from around the world. Catch the eccentric duo on the Area 51 stage closing out ARISE on the final night.