I vividly remember the first time seeing The Motet at Durango’s annual Skyfest in summer 2015. Funk infused bass lines and immense grooves penetrated the valley. Illuminated underneath the Blood moon at her fullest, a picturesque moment was painted by the undeniable sense of euphoria that swept through the crowd. As we danced vivaciously into the wee hours of the night, my newfound admiration was set for this Denver based, seven-piece American funk, electronic, soul ensemble. Founded by drummer Dave Watts, the band is composed by guitarist Ryan Jalbert, bassist Garrett Sayers, keyboardist Joey Porter, trumpeter Gabe Mervine, vocalist Lyle Divinsky, and saxophonist Drew Sayers.

Naturally striving from such an epic experience, I have been anxiously anticipating the drop of their new album “Totem.” One of the most interesting changes in dynamic that we experienced in this album was the transition from vocalist Jans Ingber to Lyle Divinsky. Opening up with the intro “The Truth,” there is no argument of this unforeseen power move. Laced with spacey guitar licks and robust vocals, Lyle’s voice radiates an authentic seventies funk that sets the course for the rest of the album. Followed by “Fool No More,” we witness the prominent craftsmanship of bass player, Garret Sayers. Slapping into an arsenal of electric bass, Sayers sets the premise of The Motet’s prestige dance parties. “Know it Too Well” is an incredible example of the bands synchronicity and mere organic chemistry. While Joey incorporates a strong syncopated, two-bar repeating pattern on the keys, Dave and Ryan artfully conjoin both drums and guitar allowing the keys to make their true debut of the album. “Rippin’ Herb” sends you through a labyrinth of fast tempo beats and instrumental transitions, leading to the perfect placement of my all-time favorite track “Damn!” 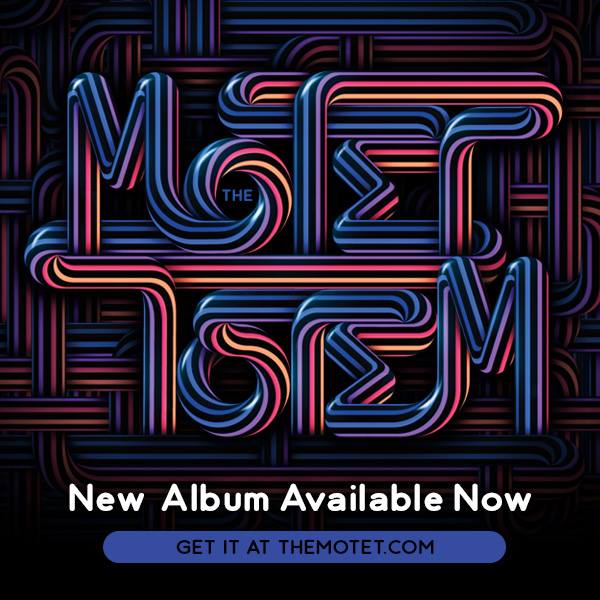 Even with the songs’ heightened catchy chorus, the fundamentals and impressive instrumental techniques that conceive this track truly send it over the top. Taking a cosmic trip with the instrumental melody “Solar Plexus”, “Solar Plexus” roots back to the overall general spacey essence of “Totem.” Allowing us another taste of the bands iconic groove basis, “Cloak and Dagger’ lays it on heavy with the sax infused bass lines and incorporates smooth jazz riffs during its closing. Wrapping up the album with “Contraband”, the band recesses into a more mellow, down tempo beat allowing its audience to diffuse from the high energy that embodies the entire rest of the album.

With the composition of this release, there were notable changes that are pushing the band to new horizons, while still holding true to its native roots and never straying from the strong, distinctive groove that we all know and love. “Totem” lives up to everything that would be expected from such a skillfully composed band. Artfully intertwining a mix of soulful vocals, majestic horns, precise grooves, and serving an unworldly amount of funk, this album is guaranteed to fill your dose of The Motet’s signature style.

Make sure to catch the Motet at their Red Rocks show next week! Tickets are STILL available, so hop to it!