The craziness that is South By South West took the city of Austin by storm last week. The festival has grown exponentially, now in its 28th year, and although it is experiencing some growing pains, it continues to be a staple in Austin’s creative community. SXSW is a unique event in many aspects; much like a giant Austin block party, the festival showcases a variety of upcoming talent throughout venues across the entire city. Although the festival has been fairly criticized as a “sell-out orgy” when its list of corporate showcases and sponsors are considered, SXSW is still packed with hidden gems and rising talent just waiting to be discovered around every corner, courtesy of the unofficial side; parties and showcases that require no badge, but an RSVP for their guest list or small cover fee.

Mostly, they only require you to wait. 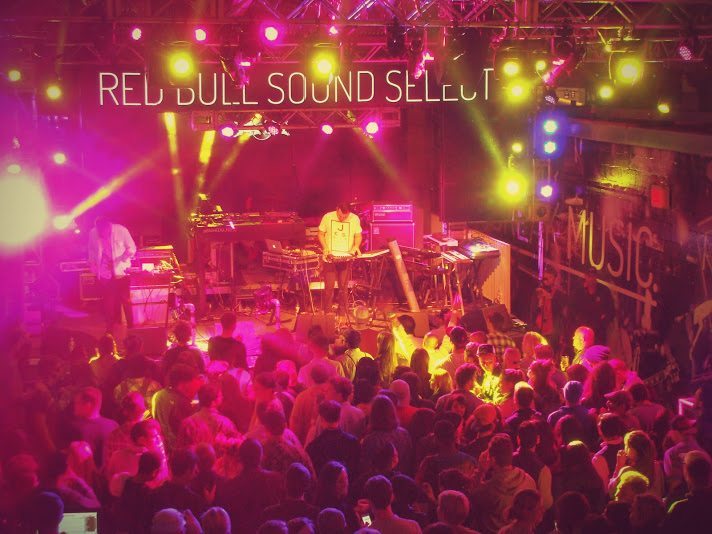 Bagheera performing at the Red Bull Sound Select at the Belmont.

1. Red Bull Sound Select: Four Days In Austin – Red Bull has successfully become synonymous with fun. Propelling themselves beyond the can, Red Bull has been throwing epic Sound Select concerts all across the country from Miami to Seattle. In honor of South By, they decided to pop up shop for four days at the Belmont, a swanky venue on west 6th and Colorado. Armed with an RSVP and no cover, music lovers of all ages swarmed into the intimate yet spacious venue to see the all star studded lineup, which featured Earl Sweatshirt, Sleigh Bells, Twin Shadow and Danny Brown. There was no shortage of local and underground talent as well, including Bagheera, Kydd Jones, and Jagwar Ma. The amount of surprise guests appearing on stage each night deserve a bill of their own, such as Manny Fresh, Ab-Soul, and Tyler the Creator. Combining the best in hip-hop, electronic and indie, Red Bull continues to lead the ranks in badass party planning.

2. Whomp Smoke Shop SXSW Day Party – Free tacos, free beer, live glass blowing, and rad music. These are all things that are good! The folks over at Whomp Smoke Shop certainly outdid themselves in throwing this day party, which featured West coast producers Pumpkin and Nico Luminous. In an open studio, fairly close to the DJ booth were glass art heavy weights Salt, Tyme and Snic doing what they do best. Later in the evening, the pieces blown were put up for raffle. Throw in the beautiful 70 degree weather and you’ve got the best day party of South By. 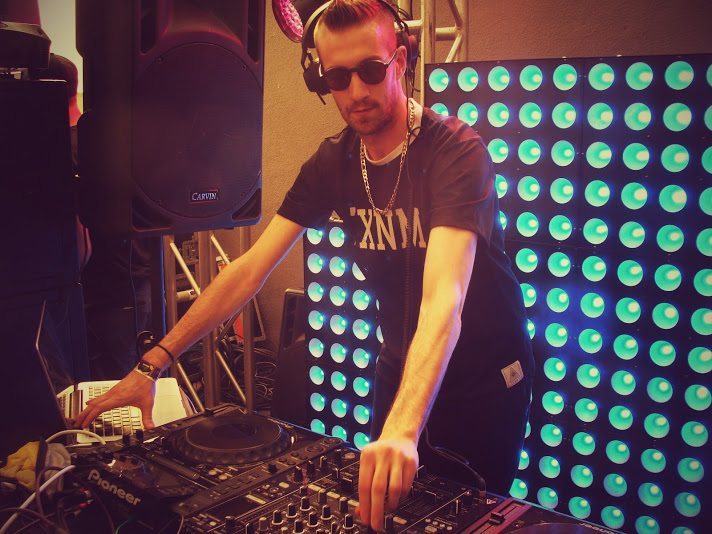 Kastle playing on the rooftop of 219 West during the Air Up There showcase.

3. The Air Up There – Banjos to Beats & Gravitas Recordings put on an epic SXSoiree on Friday at 219 West. The party went throughout the entire day as well as late-night hours, while it showcased a plethora of talent from the likes of Psymbionic, Stwo, Kastle, Wick-it the Instigator and many other impressive names from the EDM scene on its scenic rooftop stage. DYNOHUNTER, Jay Fresh, Henry + The Invisibles and several others rocked the second inside stage as well. In addition to great music, the production level of the event was top-notch, creating an over-all spectacular party.

4. Jagermeister – WootenHouse – SpikeTV – If Jager puts their name on it, you know it’s good. Unfortunately, I didn’t discover this party until the last night of SX, but they had been going hard all week. No RSVP, no cover; the only requirement was to simply show up. Once inside, there was a glass platform where live tattooing was being done by well-known tattoo artists from SpikeTV’s Ink Master. Heading towards the bar, we were pleased to be told it was open, and that there were also other beverages for those who couldn’t handle their Jager [Not I]. FrankenFood, an innovative gourmet ‘experimental food creations’ truck offered insanely delicious treats free of charge as well [I opted for the meatball-cheesecake monstrosity, best choice ever]. There was an endless assortment of attractions, including a photo booth, a beer pong table for competitions, and an ice looge for those who preferred their Jager shots frosted. 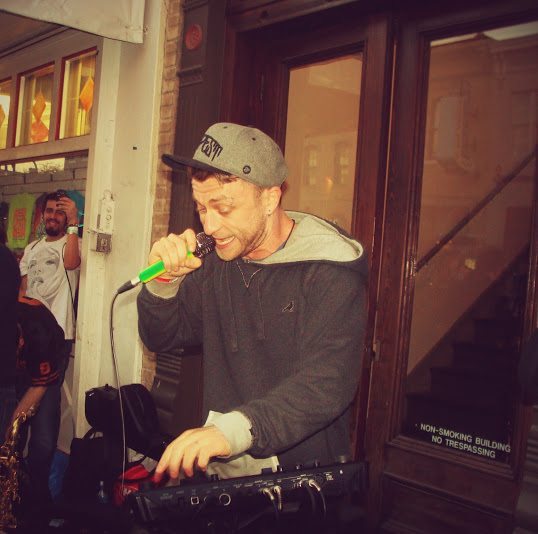 Benjamin Stanford, aka Dub FX playing a surprise set in front of Barcelona on Dirty Sixth.

5. DUB FX Street Jam – Walking toward Barcelona night club on Dirty Sixth, I unexpectedly found a party outside of the one happening inside the actual club – a crowd had formed around an impromptu drum jam by none other than Dub FX, a live looper and beat boxer from Australia. His first performance video, called Woodnote, went viral in 2008 and has since ranked over 1 million views. With his popularity through the roof, he has played in hundreds of cities around the world. Yet on Saturday afternoon, around 6pm, he brought his set up to the streets of South By and played a raw and spontaneous set with a fellow MC. Accompanied by a sultry belly dancer, Dub FX poured his soul into the mic, giving one of the best shows of the week. This drum session served as one of the biggest reminders of what all South By’ers should surely know by now: You never know what that magical week will have in store.

6. Future Classic Showcase at The Madison – Australia’s Future Classic label is tearing it up right now. Living up to their name, the label has some of the best underground artists on their roster, including Wave Racer, Flume, Trippy Turtle, and What So Not. America is slowly getting on the bandwagon, but you’ve still got time to catch these guys on some intimate stages in your city. Hosted by the Madison on 4th, the crowd was jam-packed against the walls, as well as the balcony above the stage. The entire showcase was one of the best dance parties I’d ever seen. 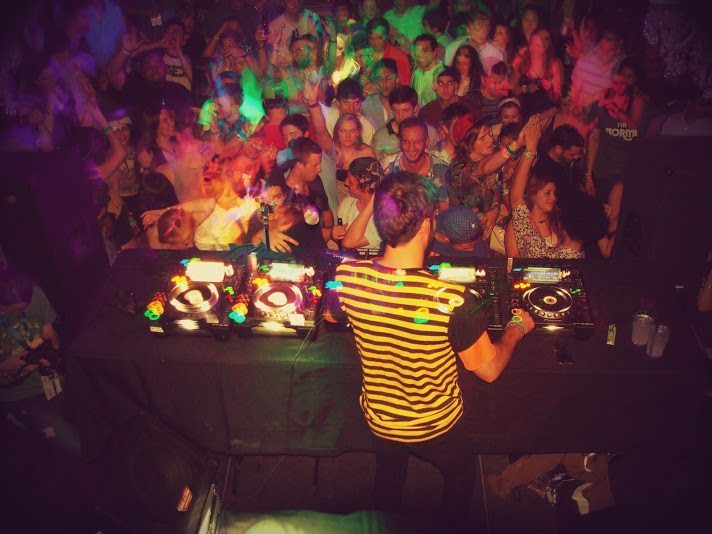 What So Not during the Future Classic showcase.

I can not possibly write about all of the amazing discoveries I made at unofficial SXSW showcases this year without stopping to acknowledge the tragic drunk driving accident that left three people dead and several injured in the midst of chaos Wednesday night. I feel the need to express respect and condolences to those who were affected by this careless event; I sincerely ask that our readers party responsibly and take accountability for their actions this festival season.