These two names may not be familiar to you as of yet, but we aren’t very far into 2014 either. Slated to take over the scene this year are Australia’s own, electronic producers Wave Racer, actual name Thomas Purcell, and Trippy Turtle, whose name is unknown (who doesn’t love an enigma?). Rocking similar poppy, upbeat synths, these producers are a perfect match when playing live, but it’s their signature grooves that get the masses fully pumped. Sexual innuendos are the Turtle’s specialty, as well as sampling his favorite throwback R&B tunes, creating a sultry future bass vibe that fans can’t get enough of. He’s also been largely credited [along with Cashmere Cat] with popularizing the Jersey Club sound, which implements aspects of hip-hop, trap, and down-tempo. As he dropped a remix of Sisqo’s ‘Thong Song’, the crowd erupted into mass twerkin’ antics. 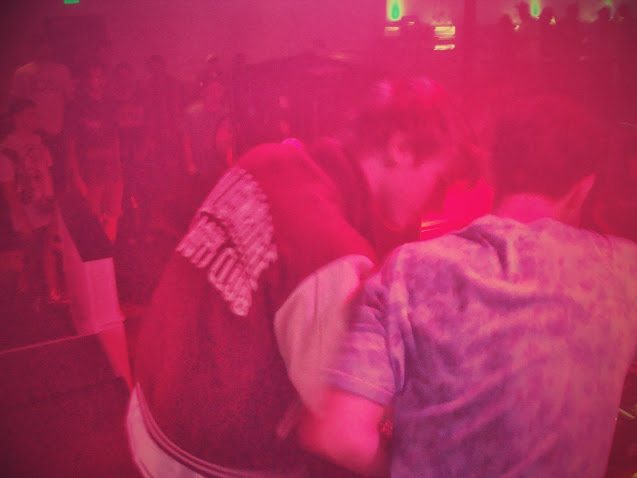 Differing from Trippy Turtle’s sometimes raunchy, booty grinding beats, Wave Racer’s shows transport you from the club into a colorful world reminiscent of bouncy 80’s video game soundtracks, making it damn near impossible to stand still when he’s onstage. Incorporating whimsical disco melodies into his productions, his sound is infectious and enticing! These two have been whipping dance floors into frenzies, while simultaneously crushing the parties to pieces. When we caught them performing at a Future Classic (Australian label, which Wave Racer is signed to) showcase back at SXSW, they had the entire club packing out the floor as well as occupying chairs, tables and whatever other furniture was deemed dance-able on. Although this show was less packed than the showcase we had first seen them playing, The Globe provided the perfect venue for hosting a dance party soiree with these charismatic producers, and the crowd was more than happy to make use of the twerk space. 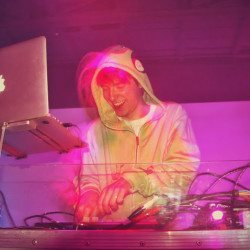 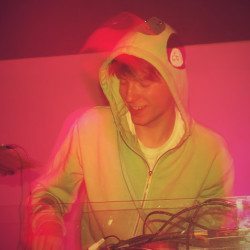 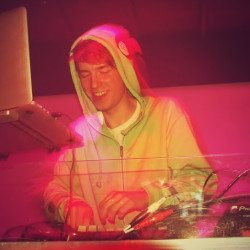 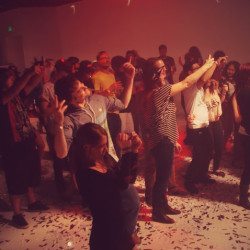 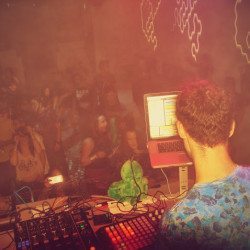 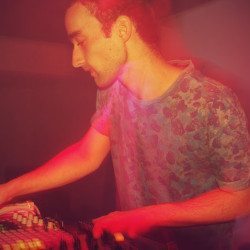 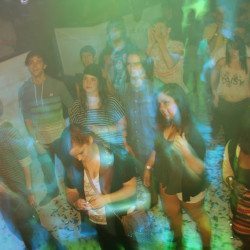 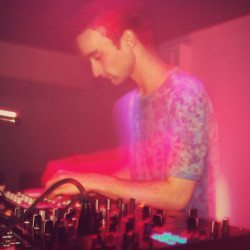 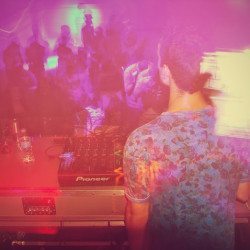 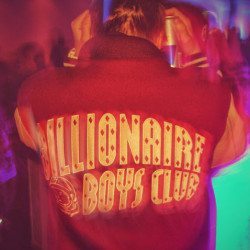 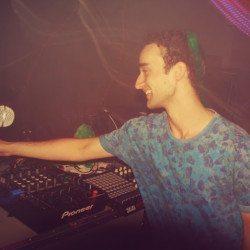 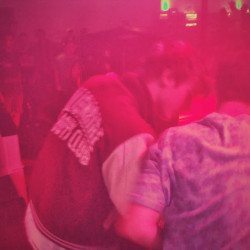