Austin, Texas has always been an oasis for rising musicians, but there aren’t many big rappers that come to mind…yet. Kydd Jones is on a mission to get the ATX hip-hop scene on the map where it belongs, and Jones will be on top of it. Listening to his unique compositions and raw lyrics, you’ll realize this is exactly what fellow hip-hop heads have been craving. With his upcoming release, The Greed, looking sweeter by the second (guest appearances by MF Doom, Jim Jones, and Vinny Chase to name a few), 2014 is Kydd’s for the taking.

KYDD JONES: My name is Kydd Jones, and I’m born and raised out of Austin, TX. I started rapping when I was about 9 years old, but it didn’t start getting serious until I was 15. I’m 24 now, so it’s been a long time.

CYM: How did you start a relationship with Red Bull?

KYDD JONES: I was grinding really hard, just getting my music out there and collecting contacts. I first met a guy from Red Bull named Jake, and we would connect on Twitter, and once Sound Select started up, he kept me in his pocket! I’m very grateful for that.

CYM: A lot of people are saying SX isn’t what it used to be, and that there are so many sponsors and brands fighting for crowd attention that the underground bands wanting to promote themselves suffer. What are your thoughts on SX in the last few years, being an Austin resident as well as an artist?

KYDD JONES: It has its positives and negatives, for an artist it has more opportunity but at the downside of being commercialized and turned into a marketed product for a brand.

CYM: Who are some of your favorite artists you’ve had the chance to share the stage with? 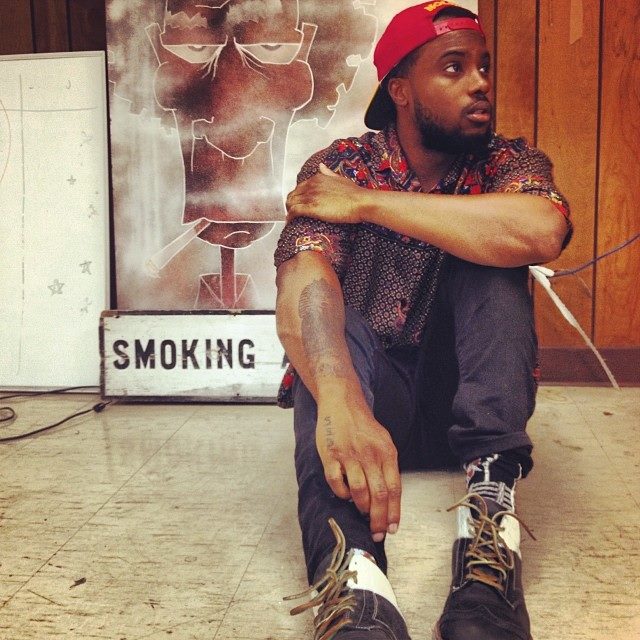 KYDD JONES: I’ll be dropping my solo produced project, called The Greed, and I’ve got some really cool names on there. MF doom, for one, Sean Price, Jim Jones and Vinny Chase to name a few. But you know, I plan on grinding a lot this year, and people will see my face a lot more often.

CYM: What’s the concept behind The Greed?

KYDD JONES: The concept is the greed and politics that we deal with in our everyday lives… the lower levels of greed that are below the surface, that we don’t really think about but it exists everywhere in our society, and the fact that we can’t do anything without it, either.

Get familiar with Kydd Jones: