We first tasted Templo when we caught his set on the last day of the Gem and Jam Festival. Coincidentally enough, he also happened to be our hotel neighbor for the weekend. Hailing from Denver, Liam Shea is further proving that Colorado is a center of the music world right now. Spinning off of Ableton, he produces with a style that may very well be described as digitally organic. The style of his transitions do not simply consist of pressing play and fading one track into the next, but introducing individual parts of one track into another, creating what flows as a single track out of two; what real DJing consists of. With his incredible live talent and having just released his first album less than a week ago, we’re stoked to call him one of our new favorite producers.

CYM: When did you start producing, and how did it come about?

Templo: I started producing about 2 years ago. Before that, it was just experimenting with different instruments to try and figure  out what worked best for me. I stopped producing my own music for a while to play keyboard in a band, and from there I started producing again, because it helped me get the ideas in my head out there exactly how I wanted them.

Templo: When it comes to inspiration in production my top influences are Tipper and Random Rab, without a doubt. Their individual styles have always hit home with me in different ways.

CYM: What are your ambitions for Templo?

Templo: For the future, I hope to become a regular in the national festival circuit and ultimately end up playing morning sets where ever I can. I’m just playing it by ear right now. 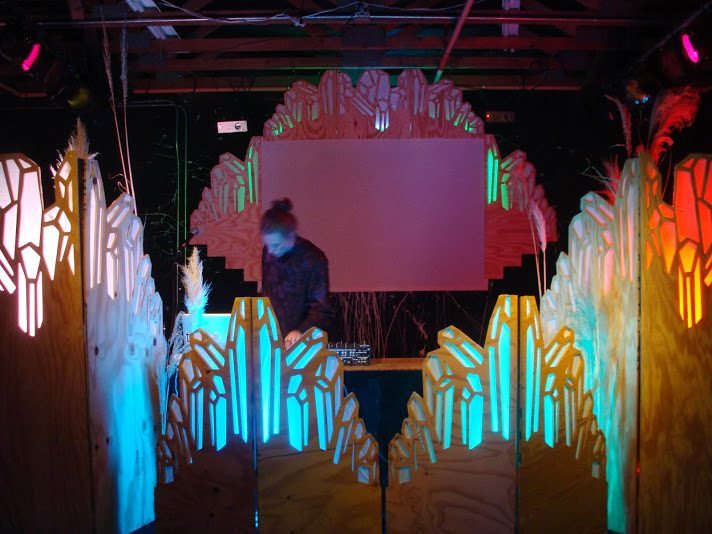 CYM: What’s the meaning behind your name?

Templo: I have made music under a few different names initially, and when we thought of Templo it just felt right. Not all my music is down-tempo right now, but at the time most of my tracks were, and I needed a name that made my goal known. We stuck with Templo because we felt it did that.

Templo: My production process is pretty simple. I have tons and tons of all original tracks, some good and some bad,  and the thing I try and do is to just go with whatever comes out, then learn from there.

CYM: During your set at Gem and Jam earlier this month, you featured Lily Fangz on a track of yours. She absolutely threw down, and we’d love to know if there were any future collaborations in the works?

Templo: Haha, Lily Fangz is killing it right now without a doubt. Believe it or not, everything we did at Gem and Jam was unplanned and I agree, it turned out great! So, yes you can for sure expect a lot of collaboration with Lily in the future.