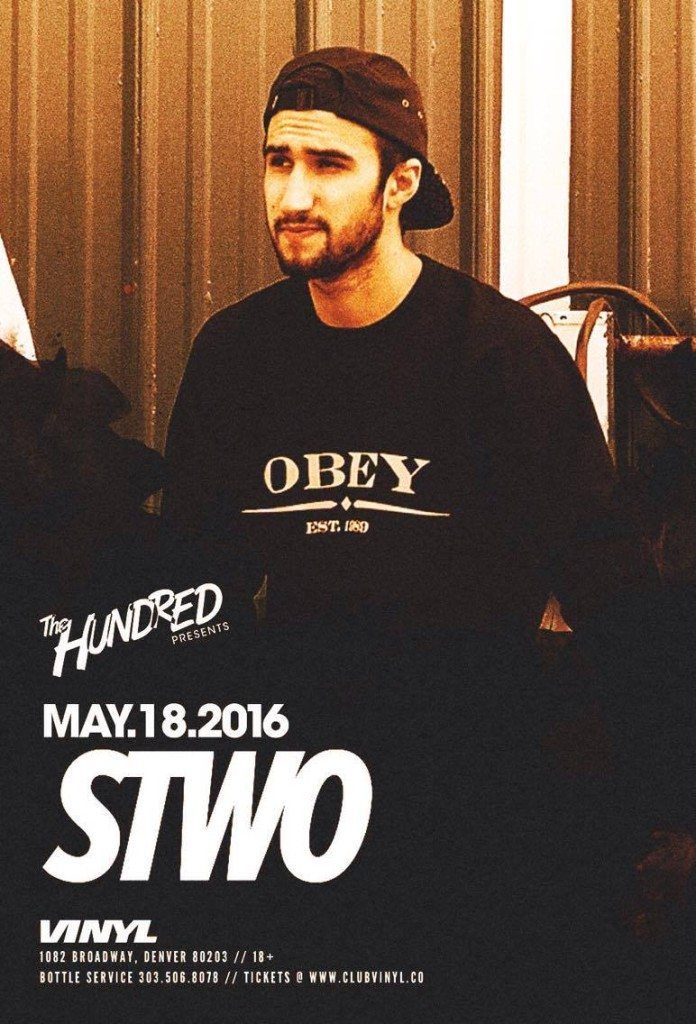 Denver’s Club Vinyl played host to one of the best heaters in recent memory, and it all went down this past Wednesday night. Openers Re:Alixir and ill-esha were the perfect artists to get us moving on a weekday night, and Stwo was the delicious cherry on top. Aaron Bordas, better known as Re:Alixir, started things off with a dose of his ultimate specialties, those being deep house grooves and wavy synthesizers, that filled the space early in the night. With the event being thrown by TheHundred, a top notch music collective based here in Denver, the crowd was filled with scene aficionados and taste-makers to make for an epic party vibe.

Up next, ill-esha put Vinyl’s booming sound system to good use and rumbled the floor from the first drop to the last. Interlacing her own vocals made her bass driven melodies hit even harder, and seamless transitions from originals to remixes kept us hyped and on our toes. A specific highlight was an unexpected but smooth sample of Frank Ocean’s ‘Thinking About You’, which numbed me with nostalgia and truly rounded out her set. She left the crowd buzzing on a 90’s R&B vibe to pave the way for Stwo, our final headliner of the night.
Recently the producer has been making blog rounds because of his contribution on the production of Drake’s ‘Weston Road Flows’ from Views, but I’ve had him on my radar since catching him at a small rooftop gig during SXSW in 2014. Starting tonight’s set with his seductive original ‘Haunted’, I was instantly transfixed. He displayed his true affinity for mixing different genres, and his desire to make the floor groove.

A trapped up drop from Kanye West’s ‘Can’t Tell Me Nothing’ paired with a disco-fueled cover of Michael Jackson’s ‘Rock With You’ set the mood perfectly. The deal was really sealed for me when he smoothed into a sexy remix of my favorite track, ‘Middle of Things (Beautiful Wife)’ by Sango. It was the perfect midweek soundtrack for us to slide through the rest of the week to, and we have the artists on the bill to thank most of all! Thank you for consistently keeping Denver bumping and moving – nothing but music and love in the mile high city.