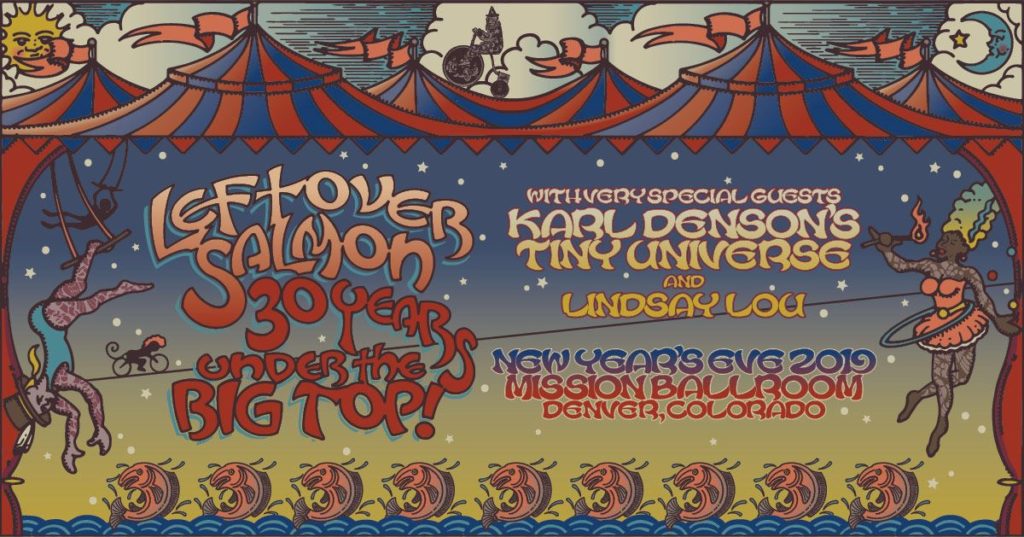 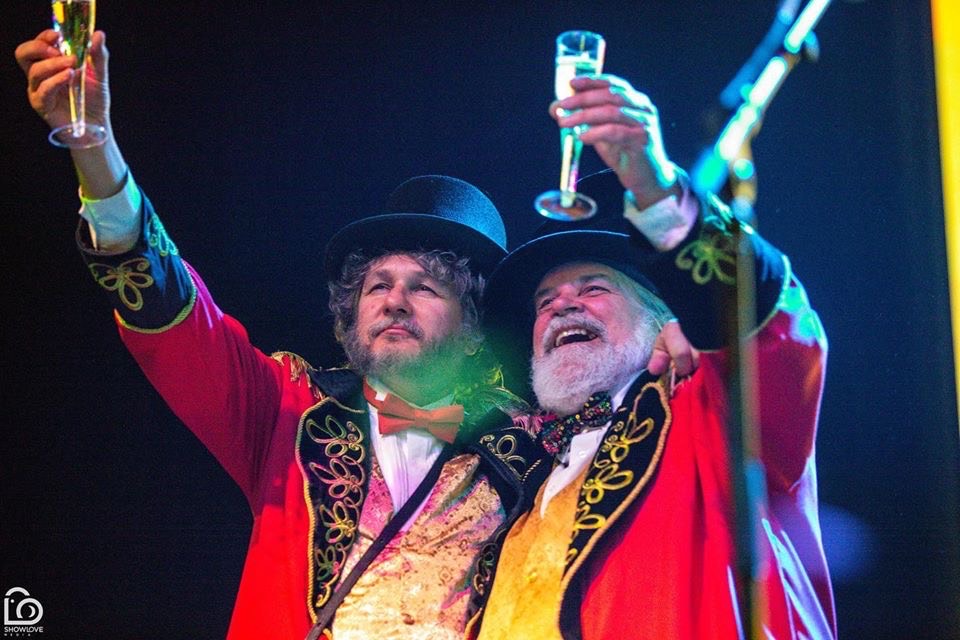 Not only a celebration of the end of 2019, the show also marks the close of Leftover Salmon’s third decade performing together. Grown in our very own Boulder, Colorado, this pioneer jam band’s sound is described as a blend of bluegrass, Cajun, country, and rock. Leftover Salmon currently consists of Drew Emmitt, Greg Garrison, Andy Thorn, Alwyn Robinson, Erik Deutsch and Vince Herman – who’s son Silas Herman also performed with the band on NYE.

The most memorable nugget of the night for me was definitely the surprise set by Mac Sabbath. A massive metal rock-style font reading Mac Sabbath backdropped the band, dressed as McDonalds characters and shredding an energized performance reminiscent of the 80s. After the show, I read up on my newly discovered favorite “snack metal” band and learned some unexpected facts about them – the band maintains anonymity by not granting interviews, and their seemingly silly songs about fast food are in fact a deeper commentary on things such as corporate consumerism and GMOs. Ronald Osbourne, Slayer MacCheeze, Grimalice and Catburglar form the satirical Black Sabbath parody masterpiece. 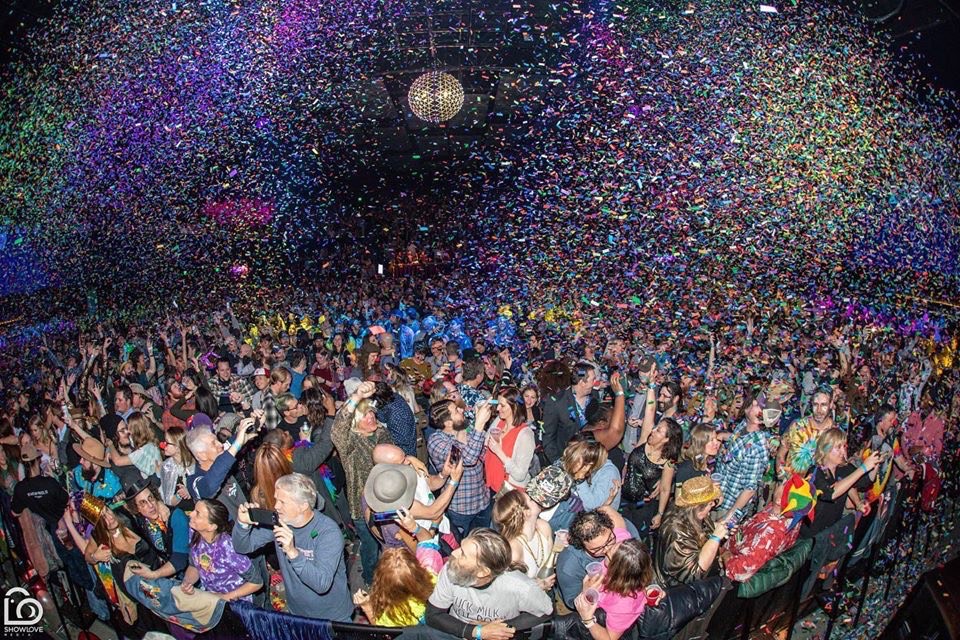 The vibe of the show felt entirely like a psychedelic carnival. Fully costumed circus performers greeted attendees with smiles and clown noses upon arrival. Aerial performers flew above the crowds. A clown on stilts towered above our group during the funky sounds of Karl Denson’s Tiny Universe, dancing with amazing agility for being ten feet off the ground.

Collaborations elevated the night, with Denson and his saxophone joining in for “Gulf of Mexico” and “Dixie Chicken (a Little Feat cover)”, and Lindsay Lou playing with Leftover for “Lines Around Your Eyes”. Leftover Salmon’s “Something Higher” encore was followed by outrageous performances by Karl Denson, Lindsay Lou, and ending with Silas Herman. As Leftover Salmon’s classic “Euphoria” dove deep into the boogie bones of thousands of other ecstatic fans, hugs and champagne passed amongst my closest friends, making the best first memories of a brand new decade.