In the grand Schema Things, all you really need is more jamtronica in your life. Four sonic warriors made that realization, and are here to fill that missing gap you’ve been subconsciously searching for. 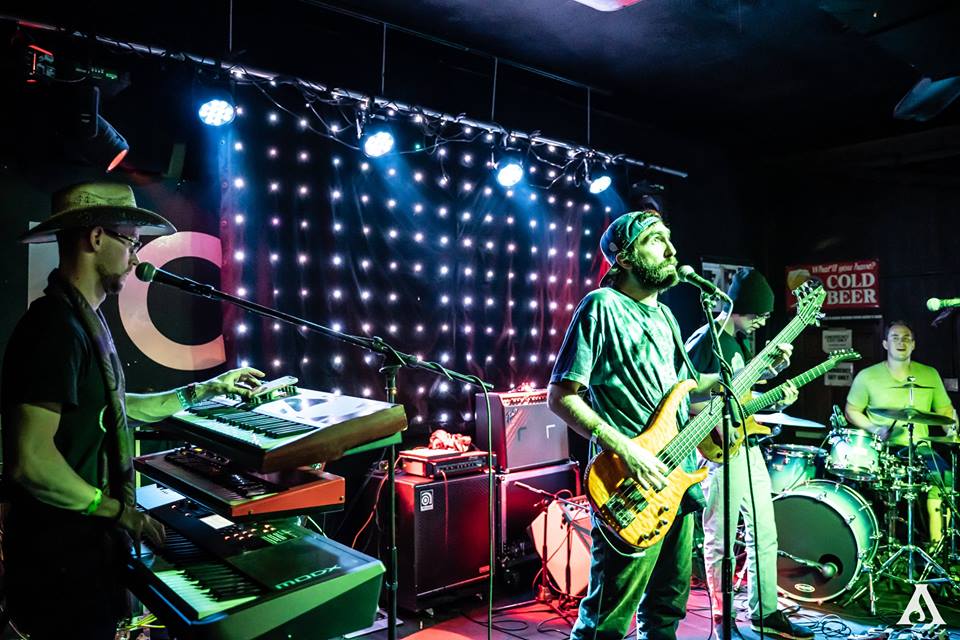 Denver’s Schema Things is the summation of a group of talented local individuals coming together to give the scene a fresh jar of jams. Featuring members of Wabakinoset, Kaleid, Mammoth Water, and Denver Jamtronica LLC, the newly formed group is made up of members Danny Chapa on guitar, Ben Cummings on drums, George Demopoulos on bass and Matt Schultz on keys. Mashing up a multitude of jam elements, Schema Things’ chemistry allows them to take listeners on a high bpm journey through the a lake of nacho cheese.

We had the opportunity to sit down with Schema Things to talk about their roots, upcoming shows, and creative process.

Hey guys thanks for taking the time to talk today. How did you all meet?

Danny: I met George first out of everyone, around 2011. But we didn’t start playing music until 2015. We played in a band called Wabakinoset, then we met Matt about a year later.

Matt: Our two different bands played that night at Your Mom’s House.

Matt: So we formed a side project called Denver Jamtronica Solutions LLC, which spurred from Camera Jams, which is a conglomerate of musicians playing on a live stream.

Danny: Logan from Camera Jams did some recording at Your Mom’s House that night we met too.

Matt: We played the show, we did the Camera Jams together, we knew it vibed and decided we should play wook weddings and stuff. Which we’re still available for. We did that thing for a while, then we decided we wanted to be a real band. We all played together as a conglomerate with Jamtronica LLC and realized we needed to make a real band with the four of us.

George: I think we started off doing improv and covers and realized we should start writing our own music.

Ben: I got approached by Danny one night and he’s like ‘Hey, I see your a drummer. I want you in my band.’ We had jammed a bunch at the old Yates house when I played with Mammoth Water.

Danny: We had the opportunity to practice a lot through Jamtronica LLC, and George had the inspiration for a lot of new music.

Matt: After Compound Sound last year, we were like ‘ok let’s start working on originals’, and that was the start of Schema Things. So that was around November of last year (2018).

George: And our first show was on February 8th, but in reality we’ve been playing together for a while. 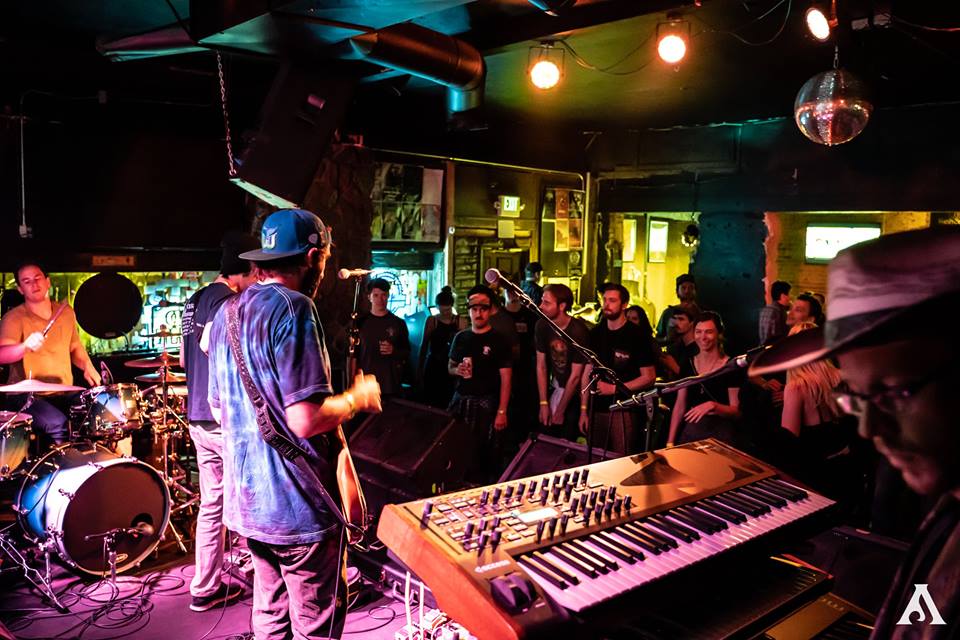 Where did the name come from?

George: When you mumble and say ‘the grand scheme of things’ it sounds like ‘schema things’. And then schema is a plan or a plot, and we’re all things. Things are nouns.

Ben: We had a few names floating around.

George: ‘Hell Toupee’ was one we were considering.

Matt: ‘Pandora’s Lunchbox’ was another one we thought about.

Tell me a little bit about the creative process for you guys writing music.

Matt: Danny has a couple songs, I have one song, but George has the catalog.

Ben: Danny and I have one in the works.

George: Somebody will have an idea or a specific riff, and then we’ll kinda flesh it out.

Danny: George will come to us with an idea or something new, and he’ll show us what the chords are on the keys, even though he’s a bassist.

Matt: He sometimes has something specific for Danny, like you play this note at this time, but sometimes he’s just like ‘that’s the basis, do what you want with it’, and we’re take it slow and play it kind of cut and dry the first few times, then we start embellishing once we get comfortable with the basic song. Then once we’ve embellished and played with a bunch of different stuff, we say ‘ok that’s the keeper’ and then you kinda figure out how the song should go.

Danny: There’s also always a large improv part. And sometimes you land on something that goes really well, and you’re like ‘ok, I’m going to do this every time from now on.’ 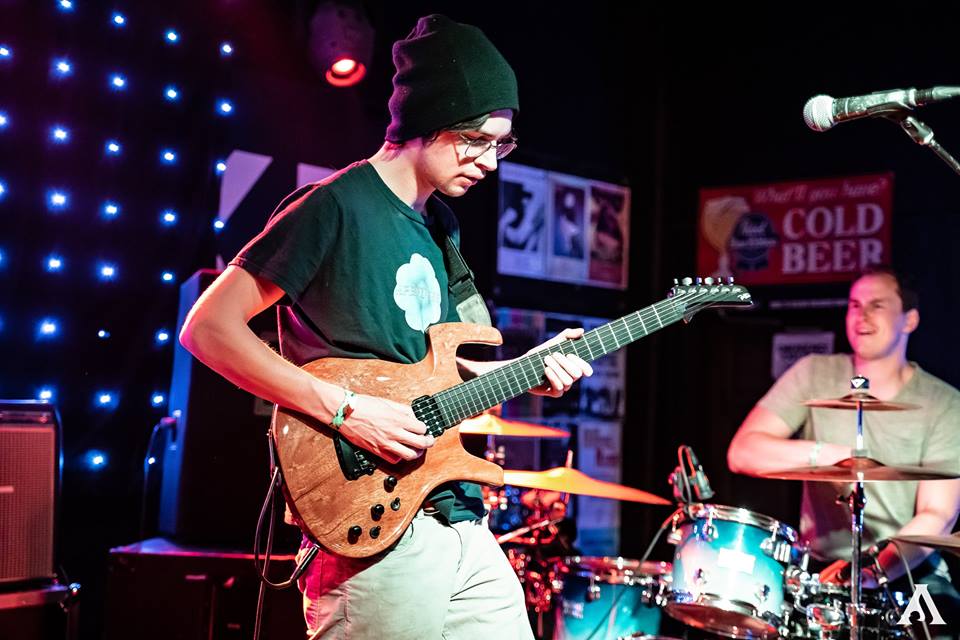 Ben: And sometimes it’ll be like ok this is untz, but then I’ll explore and try to find where things fit best. It’s a lot of listening back, seeing how things fit together. It’s pretty organic.

George: It’s like when a sports team is watching tape from a game. Listening back is like watching film.

Ben: We’re always recording every time we practice, so it’s a lot of listening back.

So tell me a little bit about your upcoming shows.

Matt: So we’ve got Compound Sound, and we’re playing with Space Bacon in May. They’re big in the Biscuits scene in New York, but this is their first show out here.

George: We’re really stoked to play with them.

George: There’s a lot of bands that incorporate jamtronica, but few jamtronica bands.

Ben: Dub and reggae too.

Matt: So, Space Bacon in May,  Compound Sound in July. We have a special surprise for Compound – We’re all super stoked for that. Keep an ear out for more announcements as well.

What gigs have stood out as your favorites throughout your career in music?

George: Yeah, that one was amazing.

Matt: We wanted to debut with a splash and we wanted to come ready. George kept saying we aren’t debuting until 2019 and we came out the right way and I’m glad we did it. 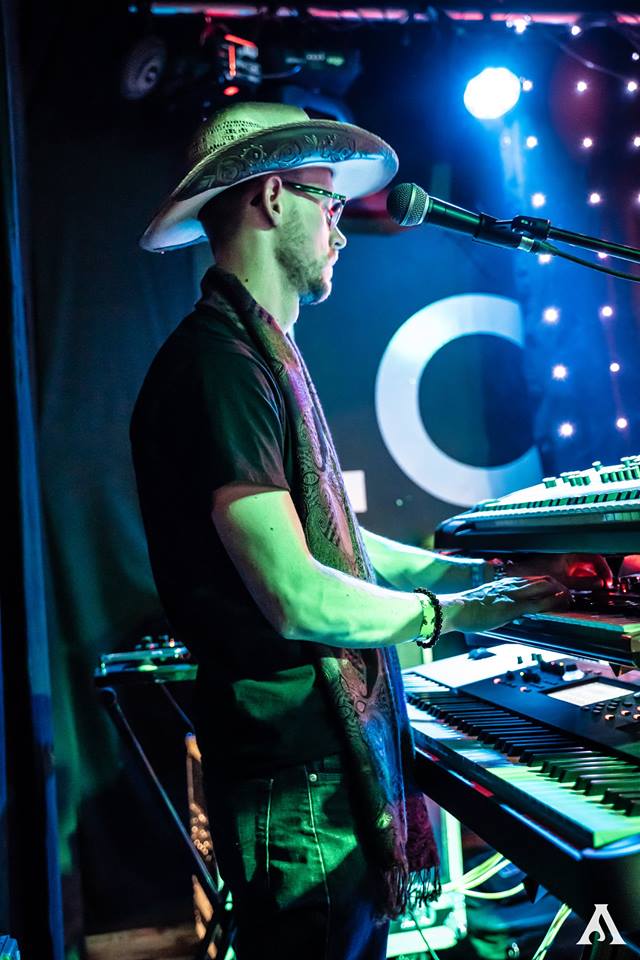 George: The Cervantes Ballroom show we played opening for the Magic Beans with our last band Wabakinoset was probably the biggest show we’ve played. We’ve been really strategic about taking good shows instead of just taking whatever comes our way.

Ben: We just played Lost Lakes on 4/20, which was the ultimate homie hangout with Zeta June, Queens of the Galaxy, and Boogie Mammoth. We’re planning a tour in the midwest as well, Chicago, Nebraska, Iowa, maybe some other places too. Stay tuned for more details on that.

I know you guys just released Schema Sounds Vol. 1. Any new music on your radar?

Ben: We’re gonna hopefully do more recordings of full shows, or parts of shows. We might use recordings from Lost Lake on 4/20 for Volume 2. 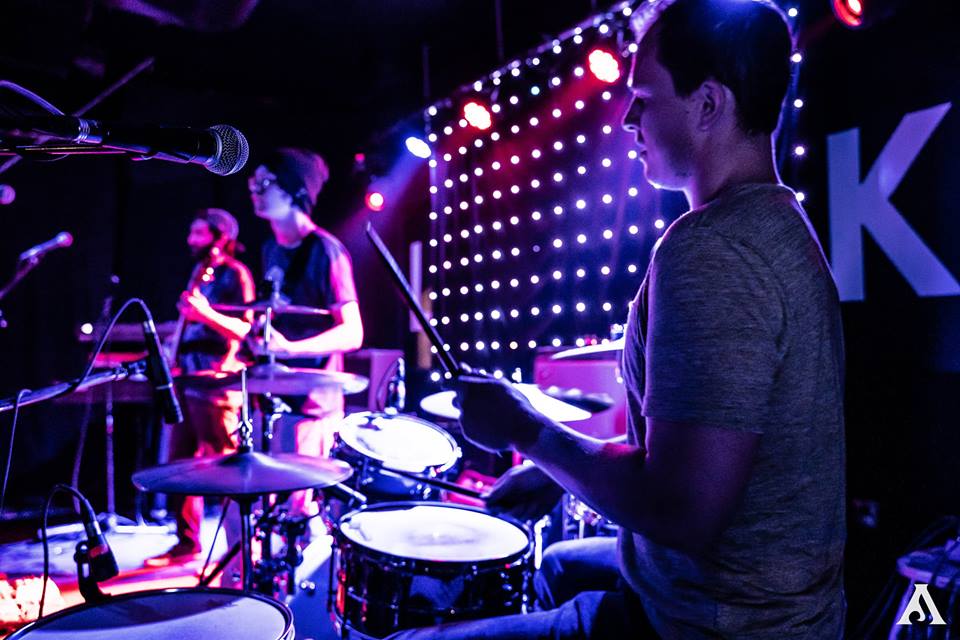 Anything else you guys want to add?

George: Oh, and also we’re working on a rock opera. It’s a book that was written in 401 BC by this Greek dude – they go into Persia and their supporting this king, they’re a group of mercenaries, and they get in this big fight but the king dies, so no one is paying them. So they’re surrounded by hostile people that are trying to kill them. It’s called the Anabasis and was written by Xenophon. We want a full production version at some point in the future. So you have that to look forward to.