A veteran to the electro-soul scene, Denver producer Late Night Radio is ready to share his album, Sunday, with the world. 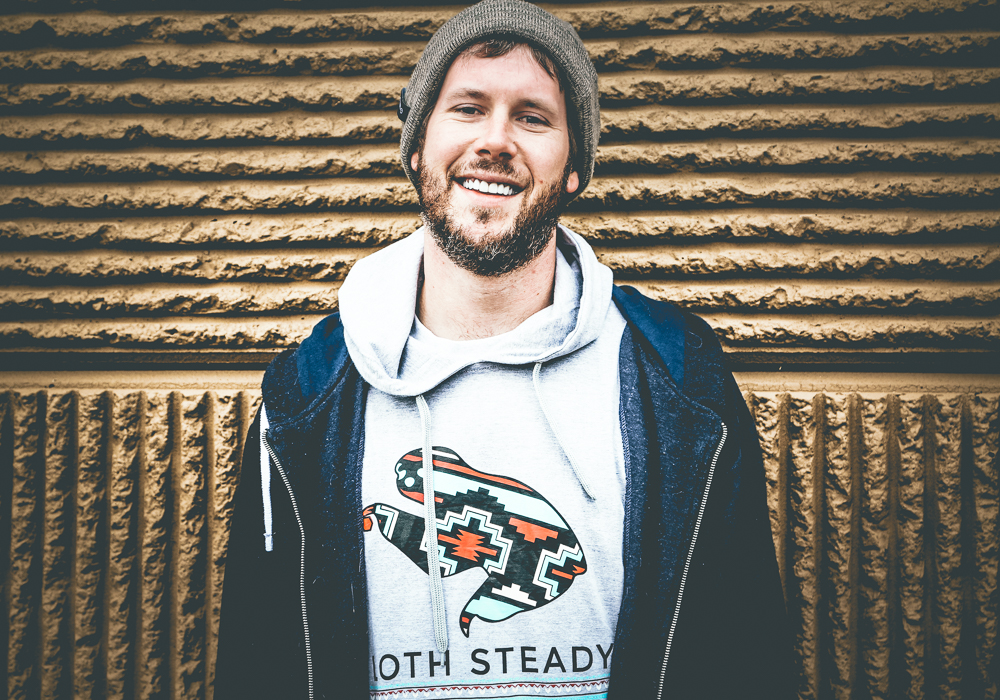 With years of experience under his belt, Alex Medellin, commonly referred to by his stage name Late Night Radio, has been busy cooking up tracks for his dedicated fans to enjoy. Medellin has noted that his upcoming project pays homage to the music he grew up with. Sunday combines the sonic pieces of his childhood with his stylistic growth as a producer, and we couldn’t be more excited to hear it.

His first release through Philos Records, Sunday is a change in pace from Medellin’s typical production style. Without the use of sampling, Medellin had to innovate different techniques to achieve his musical ambitions. While he has only released two tracks from the project at this point, we believe he’s making the new shift gracefully.

If you’re interested in meeting Alex before his show on Friday, he’ll be hanging at Denver Kush Club from 7:45pm – 8:45pm for a meet and greet. Swing by the shop and say hi!

In preparation for his album release party at Cervantes this Friday, we sat down with Alex to talk about his background in producing, his upcoming project Sunday, and his plans for the live band show on Friday.

Compose Yourself: Hey Alex, thanks for taking the time to answer our questions. When did you first start producing music?

Alex: No problem, it was in 2010 while I was out living in Big Bear, California. I ended up getting a gig that same year making music for the ski resorts web videos and what not.

Tell me a little about your sampling technique; where do you typically pull your samples from and how do you incorporate them into your music?

Alex: I sample primarily from vinyl but really I’ll chop up anything that makes me feel something. As far as using the samples, it really varies. I love dollar bin records, because it’s generally super random music that you can turn into whatever you want. Some samples I want to completely flip into something new and some stuff I really want to retain the original vibe or feeling that it evokes.

Where did you play your first show in Colorado?

Alex: Cervantes for a Phish preparty in 2011.

Who are some of your favorite rappers? Current and all-time?

How long have you been working on Sunday?

A little over a year.

What did you do differently on Sunday that separates it from any of your past releases?

Alex: Well first off, it’s completely sample free. As I’ve gotten older I realized how much being around church/gospel music growing up has influenced me and this album is my homage to that. As I’m maturing in life, so are my musical tastes and think this album really reflects that growth.

Anything else you want to add about the album?

Alex: This will be my first release on Philos Records, so I’m really stoked about that. Also, I want to give a huge shoutout to everyone who recorded and contributed to the album. Thank you to Tyler Unland, Kevin Donohue, Clark Smith, Recess,  Def3, Obeah, Mikey Thunder, Brisco Jones, Juliana Reed, Amanda Sileechio, Matt & Mark Wilkolak, Zach Durham, Thomas Condry, and everyone else involved in making this release come to life.

How was your recent tour with Sunsquabi?

Alex: Played a bunch of new tunes and rocked nightly with my dude Kevin Donohue on guitar, which is always a pleasure.

What are some of your favorite cities to play shows/visit on tour?

Alex: Hmm that’s a tough one. There are lots of different reasons, but I’d say obviously all the Colorado spots, Milwaukee, Atlanta, NYC, San Francisco, all up around the Pacific Northwest.

We’re all excited to see you debut the new album with the live band at Cervantes on Friday! What are your feelings going into that show?

Alex: Cervantes will always have a special place in my heart, and I couldn’t think of a better place to showcase the next chapter of my music.

Tell me a little about the members of your live band.

Alex: *laughs* It’s a mix and match group of musical assassins. We’ll have Tyler Unland on the Drums, who is an all around beast of a drummer/producer/engineer/musician and one of my best friends. Clark Smith from Dynohunter on sax, who in my opinion is one of the best sax players in electronic music. Drew Birch and Ian Gilley from Recess on guitar and keys, who have an undeniable swag on the their instruments. It will be the debut for Miles Lujan on the trumpet, and I’m really looking forward to it. On vocals, I’ll be joined by Julianna Reed and Amanda Sileechio, who both have beautiful voices and really compliment my music. Last but not least, I’ll have Brisco Jones holding it down on the cuts like a boss. 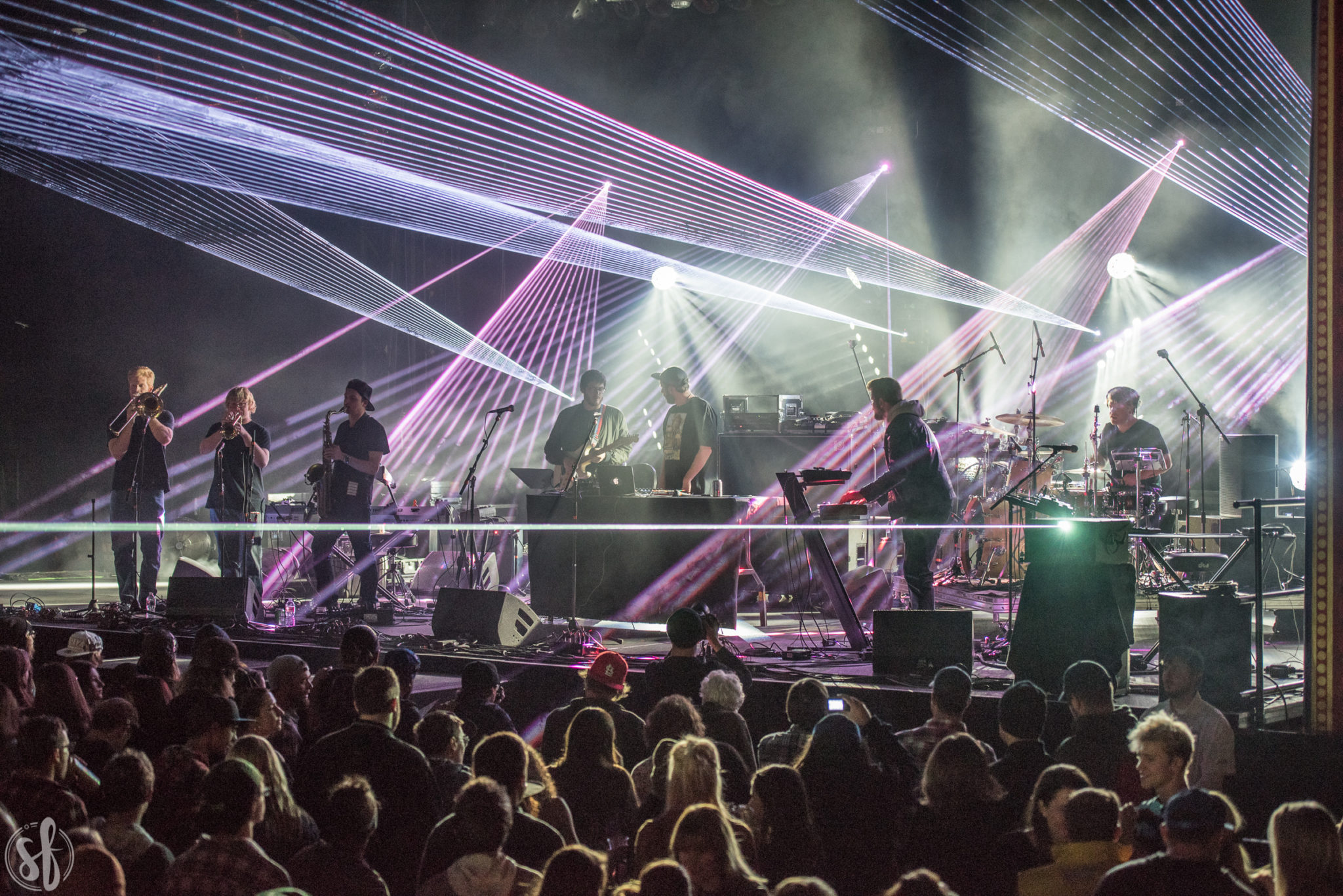 What can you achieve sonically with the live band that you can’t reach by yourself (or just with a drummer)?

Alex: There is something undeniable about the energy that is created when playing music with a group of people. When I play with the band, there is a connection between all of us on stage that I feel translates to the crowd and ends up being this cycle going back and forth that isn’t really possible when playing solo. To answer the question more directly, I would say that sonically we can improvise much more and nothing beats the sound of live horns mixed with a knocking PA.