Anderson .Paak is one of those phenomenal characters that has managed to distinguish himself purely by the rasp in his voice…he doesn’t even have to say “YES LAWD” (but we really hope he will) for someone to know who is about to croon soulfully or spit a thought-provoking verse. The latter expression is something that really makes .Paak stand out – his lyrics are rich with meaning and introspect. We already know that .Paak is refreshingly varied and unabashedly unique, and 2016’s breakthrough album Malibu left us in pure awe of his effortless originality.

Named after his hometown in California, Oxnard is most eclectic in its intentions: it’s a representation of what Oxnard, CA means to .Paak; its a result of working with all of his dream collaborators, and it’s also an album produced top-to-bottom by Dr. Dre. Malibu was, in turn produced by numerous producers including 9th Wonder, Madlib and Kaytranada. A change in production is one of the many reasons why Oxnard isn’t what you think it will be. .Paak is ready to take us on a new journey, and the result is quite unexpected.

The opening of Oxnard is hauntingly mysterious, seamlessly transitioning into an equally enigmatic groove with the flutter of a flute. .Paak’s raspy vocals ease into the track.  Right away, it’s fantastic. It’s smooth but gritty. There’s something about it that makes you excited to keep listening to the album. 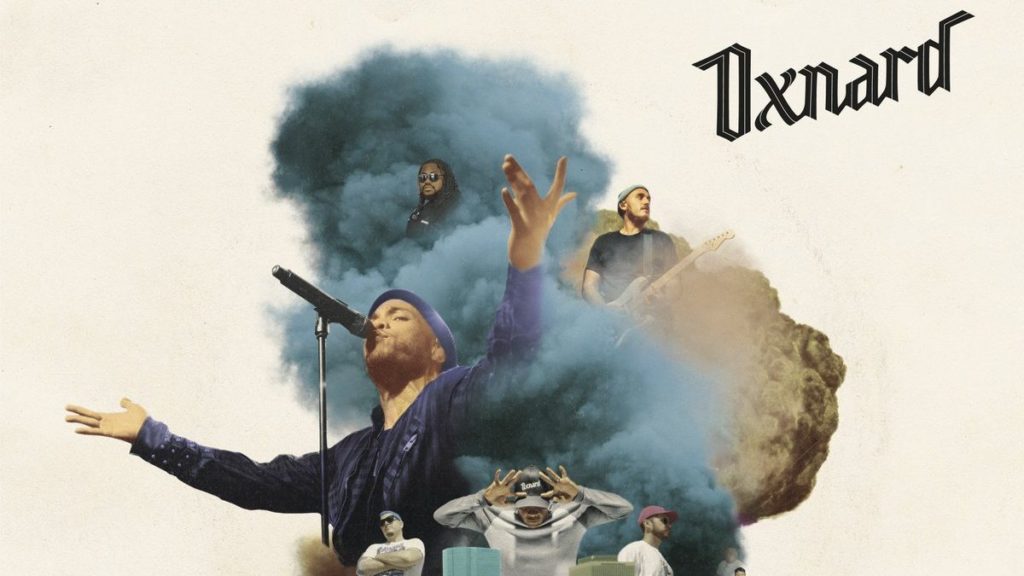 However, what the opening track “The Chase” seems to foreshadow doesn’t happen.  Instead, the album moves jarringly from track to track, never seeming to have a certain direction. Songs like “Saviers Road” and “Smile/Petty” touch on the spiritual and showcase .Paak’s brilliant wordplay, but that vibe falls flat when the following track is hyphy, messily produced trap. “Mansa Musa” is a party track, exemplifying the access to money and drugs once you get famous. Sure, that’s a crowd pleaser, but it’s thrown in between two tracks that are pretty damn good, and it ruins the flow.

Both Dr. Dre and rapper Cocoa Sarai are featured on “Mansa Musa”, adding to the impressive list of features on Oxnard. It’s true that .Paak is just so damn talented that everyone wants to work with him. But the album feels a little crowded. While “Brother’s Keeper (feat. Pusha T)” exhibits the perfect balance between .Paak and Pusha T and Snoop Dogg’s verse on “Anywhere” sounds like he’s 20 years younger, there’s just too much going on in this album. Oxnard doesn’t sound like one city, it feels like all of L.A is standing in one studio. There’s a lot of fire and talent and it’s getting a little cramped. That’s what happens: fame and the life that comes with it is utter chaos. And that chaos never seems to slow down until the process of creativity demands it.

Overall, Oxnard has some standout tracks and still exhibits .Paak’s endless multi-instrumentalist talent. The 32-year-old has experienced more fame than he thought possible…and probably been through more than his listeners can imagine. And for many artists, to genuinely translate their experiences into art is the main goal, but that’s a difficult journey. Whether we like it or not, .Paak is going to whatever he wants, although I’m going to cringe at the hyper masculinity and question some of the verses. Even in the uncomfortable moments on Oxnard, .Paak’s personality is still as wide as that grin of his. He knows he is living fast, knows the joys and the consequences, and is ready to keep going.

Still think .Paak has more up his sleeve? Of course he does. He’s alluded to a second album with The Free Nationals that will arrive next year.