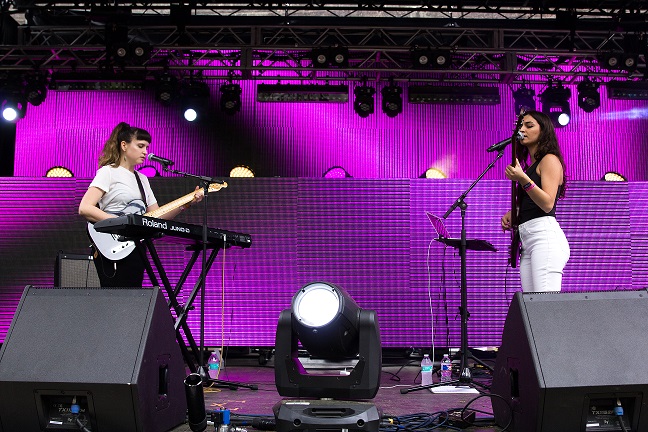 Acoustic darlings Say Girl Say are back— and there’s a whole lot they have to say. I sat down with the music duo to discuss songwriting, female empowerment, and the music scene in Houston. Glowing after their performance at In Bloom Fest, Say Girl Say’s energy feels just like the music they make: soothing and unmistakably sweet.

With a clever fusion of several instruments and intertwining harmonies, their characterizing sound remains raw and irresistibly organic. With tracks like “Naked” and “Feather People”, Say Girl Say is bringing something primal to modern listeners, and they’re damn good at it. The result is something listeners can connect with on a visceral level.

Susan and Brigitte took me down the path of their evolution: where they’ve been, what they’re doing, and what they envision for the band’s future (it’s good news). From self-recording their debut album to playing at big music festivals, Say Girl Say are an inspiring creative force ready to share their talent with the world.

PH:  Thank you guys for coming out and interviewing with me. Well, talk to me about what really got the ball rolling for you. What inspired you to make your first album?

Brigitte: Thank you! A lot of those songs were inspired by mother nature. Well, in the earlier days, we wanted to make more organic music that really complimented our vocals. I mean, Susan and I met working at an environmental nonprofit. So that’s kind of self-explanatory, we were both very passionate about what’s happening in the world, learning about the devastation our planet is facing. We were inspired by Mother Nature, our society, the climate—it was more of a tribal, earthy vibe.

PH: Now, when you say ‘earlier days’ in reference to the album, when was that?

Brigitte: About 2012-2015. A lot of the songs were written in 2012 and we gave ourselves a lot of time to really dig and make it right. We spent a lot of time on our album, it took a while, and we’re really proud of it!

PH: That’s right, you guys have tracks like, “Feather People” and “Ayahua” that really speak to those themes. For example, I hadn’t realized that ‘ayahua’ was meant to be short for ayahuasca. What inspired you to talk about that?

Susan: I don’t really remember how I learned about it at first, but I was fascinated by this idea of alternative medicine that’s led by shamans. It’s a medicine that basically zooms into your cellular being. I don’t know how far I can go into this (laughs), but it’s a ceremonial experience in the Amazon that has healing powers.

Brigitte: (laughs) I remember! I actually remember specifically we both started reading the same book, called the Cosmic Serpent by Jeremy Narby. And it was one of the first books that were written from a Western perspective that didn’t totally shit on other cultures experimenting with healing and medicine in a spiritual way. And we could relate because, well, there’s lots of singing and chanting involved in the ceremony. So we were really inspired by this idea behind music as healing, because it is.

PH: I think you can really get that from listening to the album.

Brigitte: There’s all kinds of alternative medicine out there that isn’t being recognized unfortunately. And I like to think of our abilities, really all human abilities, to be more capable than what we give credit for. 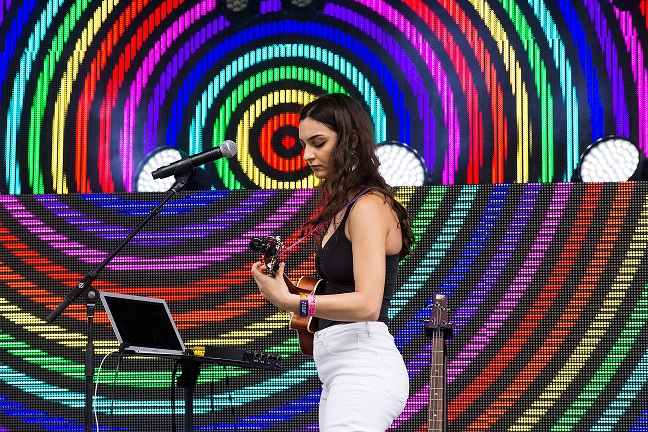 PH: It’s awesome you guys chose to talk about that, and hearing you break it down makes the entire album feel very conceptual. For me, those things represent the apex of artistic expression in a way. So, where do you move up from there? Is your sophomore album just different in its own right?

Susan: It’s so different! It’s a little more modern, it just sounds more mature in a lot of ways.

Brigitte: It’s like a different planet; we’re going in a more electronic direction. We started writing those songs when we were 21. And it’s been an amazing thing honestly, because we never planned on making a band. I wanted to learn the songs Susan was writing because she’s an amazing songwriter. So we’ve just kept moving forward, and the music does too. A lot of the songs on that first album for example, wouldn’t have played real well on a big stage.

Susan: Yeah, the first album was definitely more intimate. We’re constantly evolving and we want to make music that we’d want to listen to.

PH: Is your evolution for that second album an acoustic evolution, or is there a different message with it, too?

Brigitte: The intention is definitely to have fun. We want to have more fun, because times are rough… and we want people to enjoy this music. We want to get more in touch with everyone. It’s about being more relatable. That it’s important to be yourself, to be loving, and to take what the world is giving you.

PH: I’d even say the new songs are also empowering! When you guys were singing “For You”, it brought to mind a couple things. The vision I had in my head during that song was of a woman almost, luring a guy in although he’s a little unconfident. And the woman’s just making all the first moves.

Susan: Yes, you got it! That’s exactly it. Even our love songs are like— “we’re in control and this is what we want to happen,” so it’s empowering in that sense, even though we’re singing about love and romance.

PH: That’s what I love about it. Because your vocal styles lean towards a higher range and sound very feminine and the songs carry a message of strength to them. It’s the combination of female quality with strength that says you can still be gentle or vulnerable and feel strong.

Brigitte: That’s exactly what Susan and I have been talking about with this new album. Like, what do we want, what are we portraying, and you hit it right on the nose. Being strong and being yourself, while being about love.

PH: And about how many songs are you planning for this next album?

Brigitte: We’re thinking between 10 and 12. And like you were saying with, “For You”, I think that’s going to be one of the songs that stands out and represent the theme for what we’re going.

PH: I’m looking forward to that! Now, I also want to bring up some local recognition you guys got recently. I saw you were recognized as “Woman Influencers”, can you tell me more about it? 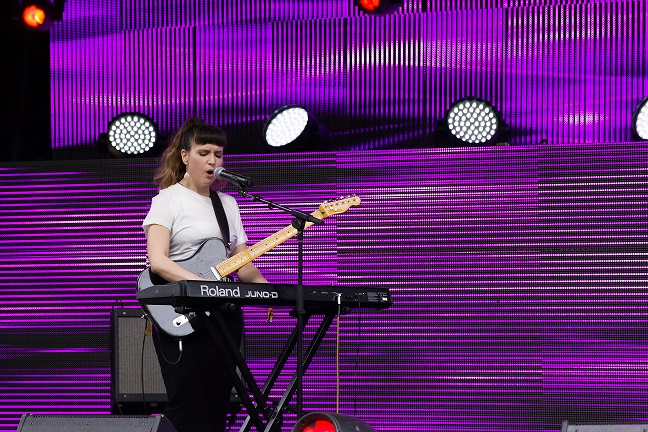 Brigitte: Definitely! So “Visit Houston Texas” is this blog and they reached out to us about putting us on there.

Susan: It’s really cool to be recognized as an influential female in the music scene. The scene here is very diverse and I see women making big moves and representing the city.

PH: And you both are from Houston, is that right?

Brigitte: Yeah. I’ve always wanted to go out and visit new cities but so much of our roots are here. It’s a great city. I feel that Houston’s music scene currently is experiencing different hardships in terms of venues to play at or opportunities and it’s fun to be part of the community to find solutions. We actually had plans to start recording before the hurricane hit but then the studio we had got totally flooded out. Just destroyed. It’s kind of been a long process of finding the right place and moving forward. But it’s brought us all together.

Susan: There’s been outpouring support, from raising funds and donating instruments. It’s been really beautiful seeing that love and support being given back to Houston and musicians in Houston.

PH: How would you identify the ‘music scene’ in Houston? Some people are saying it’s been exploding in the past few years. And of course, with it being Texas you have to recognize the music world in Austin, too— how do the two compare?

Brigitte: You know, Austin is so different and it’s hard to compare to the two. Austin has so many venues, platforms, and like a billion musicians. I feel like it must be more challenging in Austin just because there’s so many. And in Houston, we kind of get to draw our own line in the sand and set up our own standards. It’s definitely blooming here and becoming more vibrant! But I wouldn’t compare the two, it’s just not the right comparison.

PH: I think that definitely speaks for itself. Well, thank you guys for coming out, I’m excited for the next album!

For a good listen of their first album, check out www.saygirlsay.bandcamp.com.