The RunniKine are a trio hailing from Denver boasting savory funk that grooves the masses wherever they play. Their 3 song EP, Danger Close, is full of melodic soul tracks that will have you hooked. If you want an idea of what to expect from this infectious trio, check out a personal highlight from the release, ‘Vice’, which uniquely displays their R&B flavored pop sound. Keeping their inspirations fresh and always evolving their sound, the Runnikine are an act we’ve wanted to catch up with for some time and are happy to finally be able to. Read on to dig into the band and scoop tickets for their show at Fox Theater tomorrow opening for Matador! Soul Sounds here.

CYM: How did you all meet and form The RunniKine, and what is the inspiration behind the name?

Will Trask: We had all been gigging together in different bands for about a year. Eric and I were in the Jaden Carlson Band together and Jon was my roommate and playing with Drunken Hearts with whom Eric and I collaborated with regularly. Jon booked a Lazy Dog gig in October 2014 just for fun. Leading up the gig, however, One of the Drunken Hearts had passed away suddenly. While grief stricken we didn’t learn the tunes we had picked in time for the gig. Instead we decided to improvise a whole set as a tribute to our fallen brother. We absolutely killed it, so we decided to book one more gig to make sure the chemistry was there and it was. We named the band the Runnikine after a scene in Pootie Tang one of our favorite cult classic films and continued our mission of improvised dance parties. We now write tunes as well but the shows are still largely improvised and never fully planned to make each night unique.

CYM: What other musical projects are the members involved in, and what are the pros and cons of having different creative endeavors?

Eric Luba: I would say my main project for the last few years has been Analog Son, in which Trask plays percussion as well. Will has been full time drumming for Great American Taxi for some time now, and Jon’s main project, the Drunken Hearts, is a smashing Americana/Outlaw Country band. A pro of having different projects in different genres is our diversity in style. This band can go from pop to hip hop to a train beat all in one jam, and I don’t think many bands can pull it off like we do. One of the major cons of being in so many projects is booking; getting us all on the same page is a head-scratcher for sure. 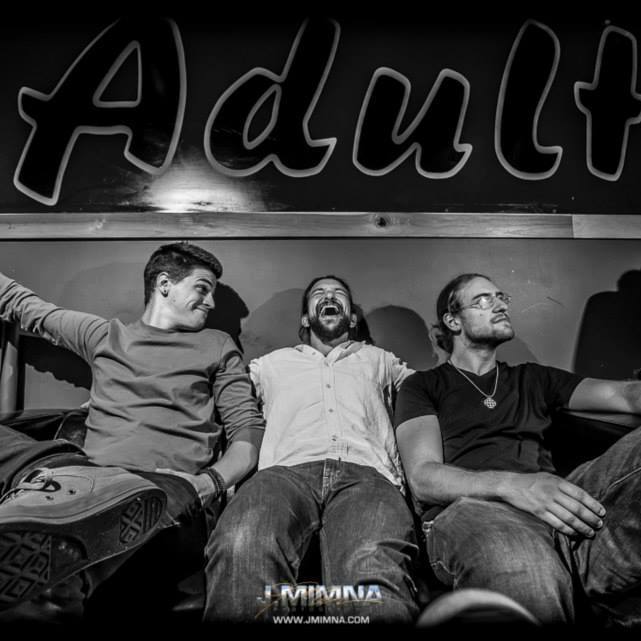 Will Trask: All of us in The Runnikine are spread pretty thin in the CO scene and its truly a gift. Jon plays primarily with the Drunken Hearts and us, and also works with Emily Clark and the Passing Fancy pretty regularly, as well as many pick up gigs and sub gigs and he is the band leader for a premiere Michael Jackson Tribute. Eric plays in Analog Son and us primarily and also works with the Jive Tribe, Kessal Run, and Sunsquabi as a guest musician. He also free lances and subs in with tons of bands in area. I currently play with Runnikine, Great American Taxi, Arthur Lee Land Trio and Analog Son (on percusison). I work  and record pretty regularly with the Magic Beans, Sunsquabi, Tiger Party, Casey Russell and the Soul Shack and the Other Brothers Tribute to the Allman Brothers. All three of us take part in many of the super jams that happen in Denver. Truly we are all insanely lucky and grateful for all the different work we do. The challenge truly can lie in our availability as well as keeping material straight when you are working for 10 bands at once. I think the pro’s seriously out way the cons. We all grow musically all the time due too all of these different genres and players so Runnikine is constantly evolving in all the right kinds of ways.

CYM: In your opinion, what is the most difficult part of the artistic process?

Jon McCartan:  I find the most difficult part of the artistic process is working through the plateaus that often come in how/what I’m playing.  I find every great musician is continually trying to improve and grow as players and artists and you often have to push through periods of of feeling like you’re stuck or are experience writer’s block or that kind of thing.

Eric Luba: The hardest part of the artistic process is writing songs that get stuck in your head. Even though the main point of our band is “no plan ever, not ever,” we still play songs that are tight and to the point. Writing a song, in my opinion, is easy, but writing a song that stays with people after they’ve only heard it once or twice? That seemed borderline impossible at first, but as we go on, the songs sort of write themselves into these interesting ear worms. By ear worm, I mean that once people have heard it, it’s hard to get it out of your head. Regardless of how anyone views pop music, there’s an art to writing catchy songs, and we’re just learning how to tap into that vein.