Arriving at the tail end of Mikey Thunder’s set, the OG was spinning some ambient, downtempo tracks to get the early crowd in the zone for what’s to come. The slow, deep bass poured from the speakers like molasses, only to have Mikey’s quick cuts slice through the thickness like a samurai blade dicing a basket of fruit. Jordan Polovina made an appearance towards the end of Mikey’s set, dropping a freestyle over one of Mikey’s Emancipator-esque beats. Jordan notified the crowd that he would be closing this evening, and Mikey wrapped up his set with a slightly more up-beat track to keep the energy flowing. 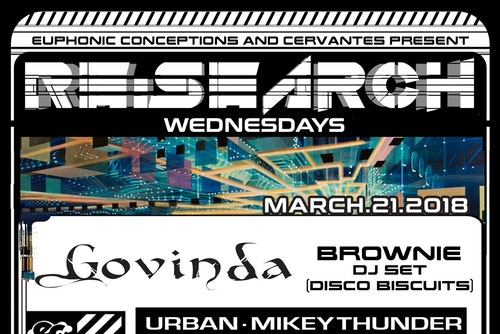 Next to hit the stage was multi-genre Colorado producer Chris Urban. The set initially started out with just Chris doing his solo stuff; he was soon accompanied by Polovina for a quick freestyle. Afterwards, Urban was joined by Stephanie Studebaker on vocals and Matt Richter of Mass Relay on guitar. The trio brought an incredibly interesting sound to The Other Side. Fusing jazzy piano playing and elements of EDM with old western themes and powerful vocals from their singer Stephanie, it was truly a unique experience that fit in well with the earthy, downtempo theme of the evening. Urban even picked up the mic at one point and dropped a clean 16 bars that the crowd loudly expressed their love for. The organic instrumentation helped keep the set fresh and Stephanie’s free flowing vocals helped fill out the trio’s sound.

Stepping out back to experience the silent disco for the first time, phLo provided a dubby set incorporating sounds from everyday life into his music. For example, on “Dubber” he mixed an ambient, downtempo deep bass track with cricket chirping to set a late night vibe on the outside patio. His range is impressive, conjuring different environments with real-life samples within his songs. One of the tracks he dropped early within his set was warmer and slightly faster, ushering me to imagine a dubstep show on a beach. The silent disco vibe is definitely an unusual one, but the connection that is felt among listeners and performers on the same wavelength is truly a unique experience.

Stepping back inside to catch Thievery Corporation/Congo Sanchez member Jeff Franca drop a set of all new original bangers, I was not disappointed with his upbeat, hip-hop influenced style. Using a high-pitched beep while transitioning between tracks, it felt as if his digital jungle vibes took listeners through a rainforest simulation. His ambient samples of rain and wild animals helped push his immersive nature theme. Franca was Donkey Kong on the congas with his energetic pounding and flawless timing. While slightly housey at times, his set meshed well with the rest of the music played at Cervantes. Franca also gets bonus points for closing with a wild “Touch It” remix.

Headlining the night, Texas native Govinda, or Sean Madden, brought his A-game performing a deep, glitchy bass set incorporating influences from a plethora of styles. Govinda studied music composition at The University of Texas in Austin; he wrote symphony and orchestra music before diving head first into the electronic realm. His professionalism was apparent through his performance, the timing of his transitions and the flow of his set in general was on point. His dramatic violin playing was also intense and fun to watch. Pulling influences from middle eastern music, I couldn’t help but notice similarities to Emancipator and Beats Antique. That being said, his style was all his own and the heaviness and glitchy instrumentals helps Govinda remain in a lane of his own. All in all, it was a fun performance and getting to see a big name such as Govinda at such an intimate venue was a real treat.

Closing out the evening was Cervantes resident Jordan Polovina. If you’re a regular at Cervantes and haven’t arrived early enough for one of Jordan’s sets, not only do I highly recommend that you do so, but I also hope you stuck around and caught his late night set. Shaking the venue with some Party People instrumentals, Mikey Thunder provided the base for Jordan to spit his lightning fast bars over. Fusing retro hip-hop and elements of funk, blues, and jazz, the instrumentals kept the bodies moving while Jordan dropped heat on the crowd. The fluid mixing and fire bars were the perfect cap to the evening.

Big shoutout to Cervantes, Euphonic Conceptions, all the artists and all the fans that came out. Another fun Re:Search Wednesday in the books!