Opening the night, Jordan Polovina and Mikey Thunder brought the heat early on. Mikey came with a high-energy, bass heavy set that warmed up the venue nicely. Conjuring a freestyle session with Kruza Kid and Jordan, Mikey kept the beats coming while incorporating some live scratching to accompany the cypher. Kruza Kid really dropped some fire bars, and the back-and-forth between him and Jordan was one for the ages.

Next up was Chris Karns. Karns is not only a DMC World DJ Champion, he also tours with Pretty Lights Live and has worked with a plethora of talented artists in the hip-hop and electronic realms. The unreleased track with ProbCause he dropped early on was one of my favorites of the set. It was interesting hearing the variety of beats Karns dropped; all the way from classic New York boom-bap instrumentals to heavier, deep bass music. I also really enjoyed hearing the Pretty Lights tracks he covered. Karns’ take on Total Fascination, featuring some impressive live-scratching, was another favorite from the set. All in all, it was a nice blend of genres that had a clear direction and displayed Karns’ range of sounds. 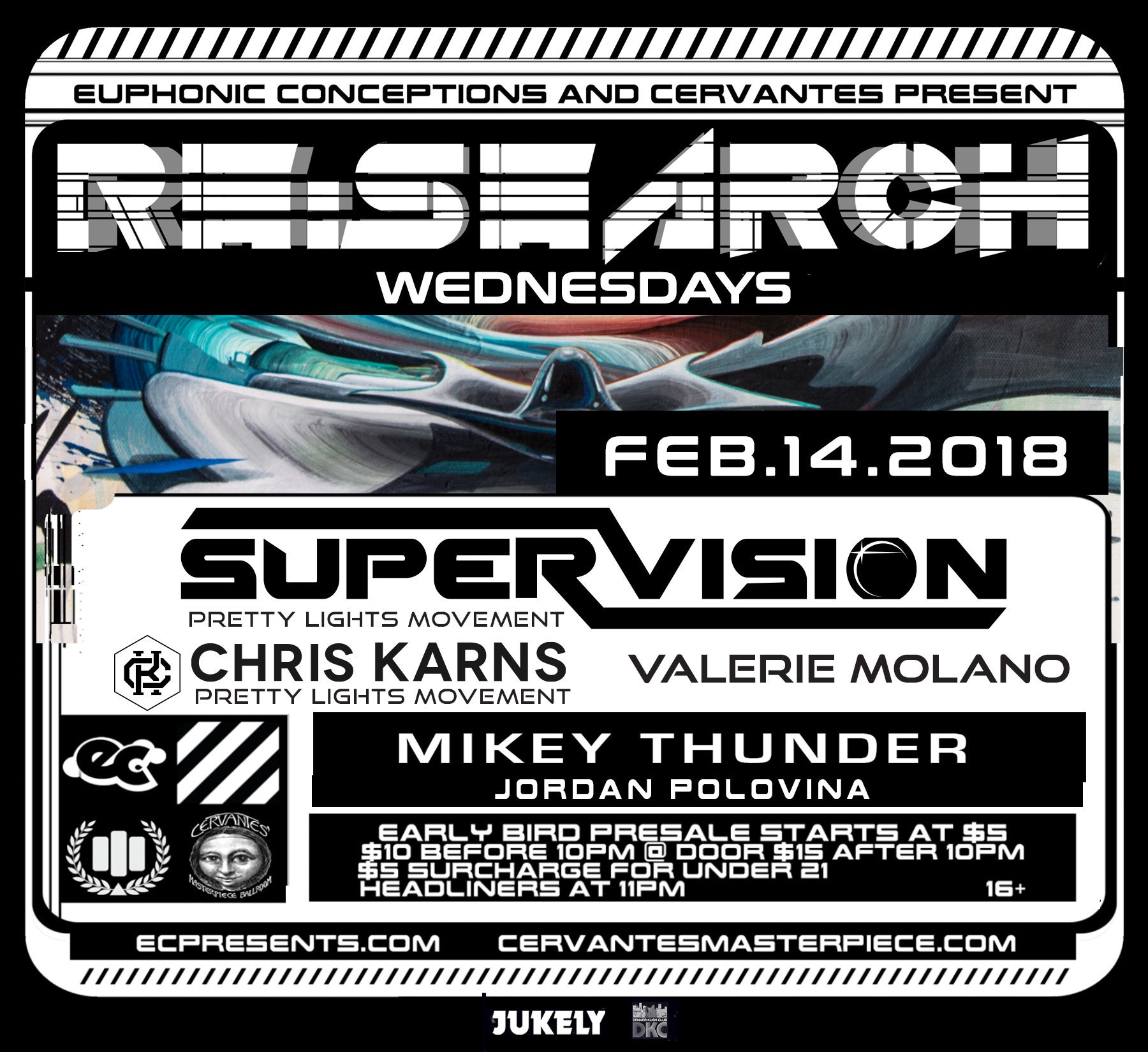 Supervision followed up with another scratch heavy set that Karns popped in and out for. The two played off each other nicely and together created a trappy mechanical hip-hop sound to start off the set. Moving forward, his choice of contorted lazer noises fused with faded vocal samples would alternate among his drops and transitions. One of the best scratch offs between Karns and Blake took place during his remix of Break Science’s Brain Reaction. Borahm Lee even came out to give them props during the song. Supervision took it house-y afterwards; his mixing and song selection ended the set on point.

I wasn’t able to stay for the entirety of Valarie Molano’s set, but the whole crowd was definitely in sync as she dropped beats with her smooth style. Her spacey ambiance was loved by everyone and the venue moved in unison as it was sucked into a wavy bass trance.