The night was kicked off by rapper/cellist Jordan Polovina hitting the stage at 8:30. Looping his drum pad over his soothing cello rifts on “Get It”, he created a mellow vibe for the crowd to sway to. The set also featured a freestyle that had Jordan spitting on topics that were brought to him by the crowd, literally. I couldn’t help but notice elements of Marshall Mathers in his flow. Closing his time with the unreleased track “Love Yourself”, the uplifting joint ended his set on a high note.

Next up was Falcon Punch. Known by some for his appearance opening for Griz at Red Rocks last September, his flavorful beats kept the bodies on the floor moving. Seamlessly mixing high energy instrumentals, his name accurately depicts the fun, yet powerful, sound he achieved during the set.

Taking the stage after Falcon Punch, JuBee and Jordan Polovina dropped freestyles over an array of trap and electrosoul beats. The duo bounced off each other and kept the party moving leading up to Brownie’s live band set. 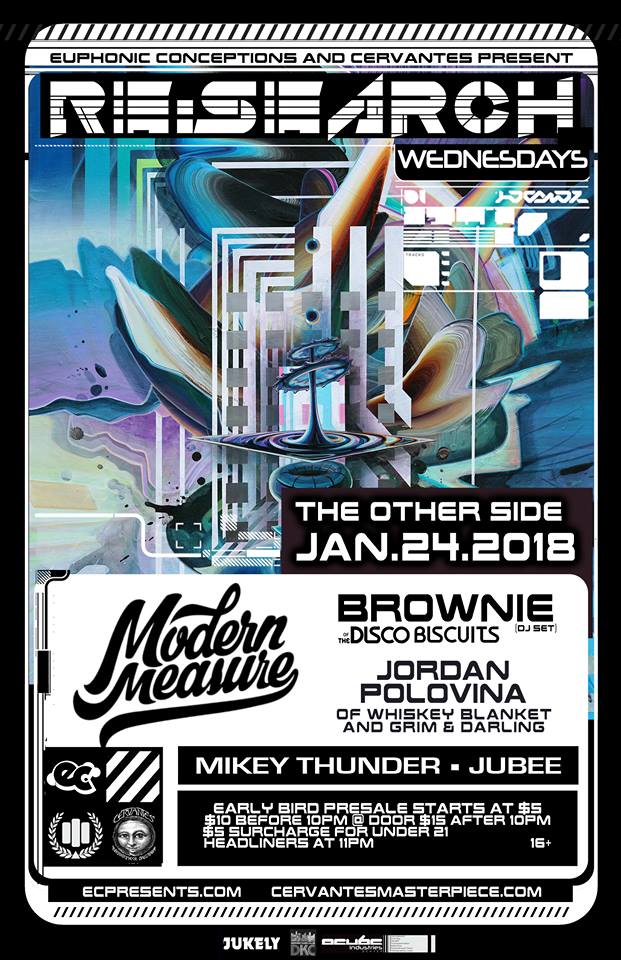 Setting the bar high with their jammy rendition of “C.R.E.A.M.”, Brownstein and the band came out swinging. Borahm on the keys accompanied by JuBee spitting the hook had the whole crowd singing along. Watching these talented artists take turns soloing over classics never gets old. The clean performance and smooth transitions displayed the professionalism possessed by these vets of the game.

Finally, capping off the night was Modern Measure. Their upbeat set was a nice change-up from the mostly mellow tracks I normally hear from them. The social commentary collab with JuBee, “Hope”, reflected on the difficulty to keep a positive outlook on the political atmosphere in our country since the last election. The duo brought the heat on “Family System” which features an interesting, trappy shift about halfway through the song. They also dropped a new track, “Luna”, giving us a taste for what is to come.

A wide variety of genres were covered throughout the evening leading to yet another great night at Cervs! Big thanks to Cervantes for hosting and everyone who came out to make the night the party that it was. Looking forward to seeing everyone next Wednesday and don’t forget to do your Re:Search!