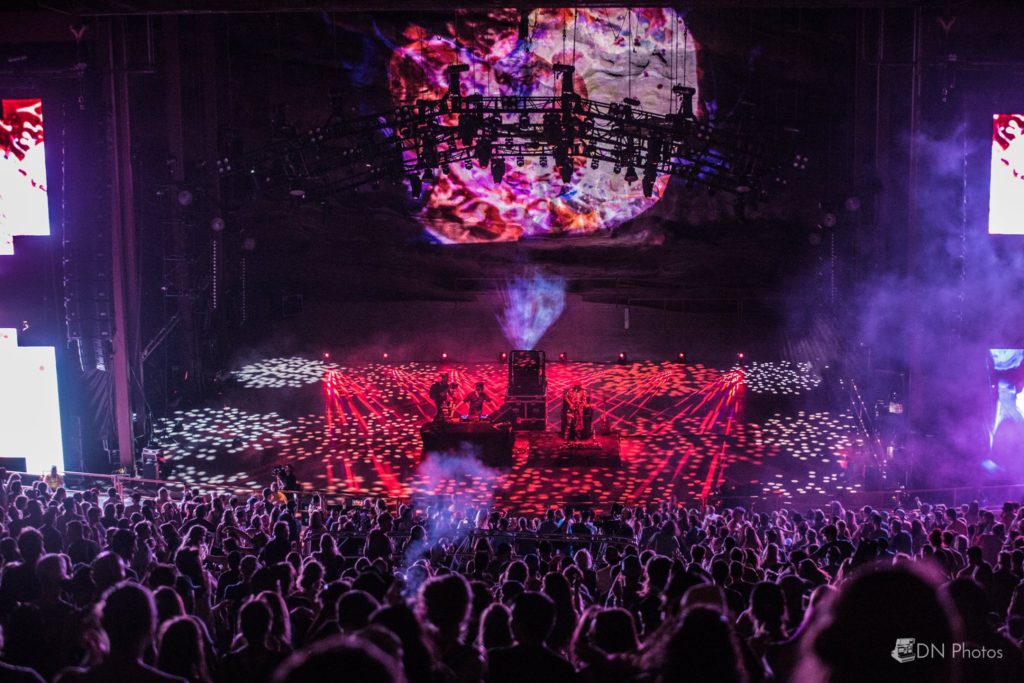 Lovable funk band BoomBox are officially in Denver, Colorado for their three night run at the Gothic Theater, and we’re more than ecstatic to be joining the ride. Since Boombox collaborator Russ Randolph parted ways, we’ve already fallen head first in love with the new tunes. Two tracks released this year, ‘Right Around Two’, and ‘Laid Back and Loaded’ are just teasers of what the band’s new vision entails, and this run is a perfect opportunity to find out ourselves.

Tonight will see Lucid Vision kicking off the party, and with his loyal Denver following the evening should be packed quite early. He teased on social media that he would make tonight extra special by premiering a new instrument during his set, so we are already anticipating a one of a kind performance!

On Saturday, Boombox are bringing Spectacle, an eclectic instrumental trio that mix genres ranging from Afro-Cuban to futuristic electronic. Their unique sound will definitely be enough to swing hips into motion on the dance floor, and we are looking forward to seeing them for the first time tomorrow night. To end the final night of the run, the guys are bringing on Modern Measure, who are perfect for some uplifting bass to lay the foundation for more funky party grooves.

Tickets are still available, so we urge you to scoop them up before they sell out! Check our socials tonight for updates from the show. Instagram | Facebook