After years of hustling pins and good vibes at shows, lots, and festivals across the country, Sloth Steady celebrated the Grand Opening of its flagship storefront in Chicago’s vibrant Wicker Park neighborhood on Saturday.

Lines winded through the store alongside walls dripping with top quality pins in every size and shape and clothing slathered in geometry and psychedelia. This place is a festival music scene lover’s dream with an industrial, urban touch. In addition to the fall clothing line featured in store, Sloth Steady dropped artist collaboration pins with band Umphrey’s McGee and respected visual artist Kooz, who also participated in a meet and greet in celebration of the opening.

Ever since the early days of Sloth Steady, then known as Roots, Rock Rage, ambitions owner/founder Nathan Russell has always tried to “run it bigger than what it was” and “take advantage of luck and every opportunity.”

With a mix of luck and talent Russell started to see his business grow. Initially looking for a way to fund his travel and show expenses, Russell began perusing Phish lots and vending small festivals with pins that featured creative, original designs. After doing more events, seeing similar faces and watching online sales skyrocket, Sloth Steady was making an impression.

A major turning point for Sloth Steady happened in 2014 as they were featured as the official pin of Electric Forest. After that the levee broke and the company was burgeoning as they released official festival pins for Summer Camp, Electric Daisy Carnival, Wakarusa and North Coast Music Festival to name a few. With festival collaborations came artist partnerships as well. Some of the musical artists Sloth Steady has worked with include String Cheese Incident, STS9, Polish Ambassador, and Manic Focus. 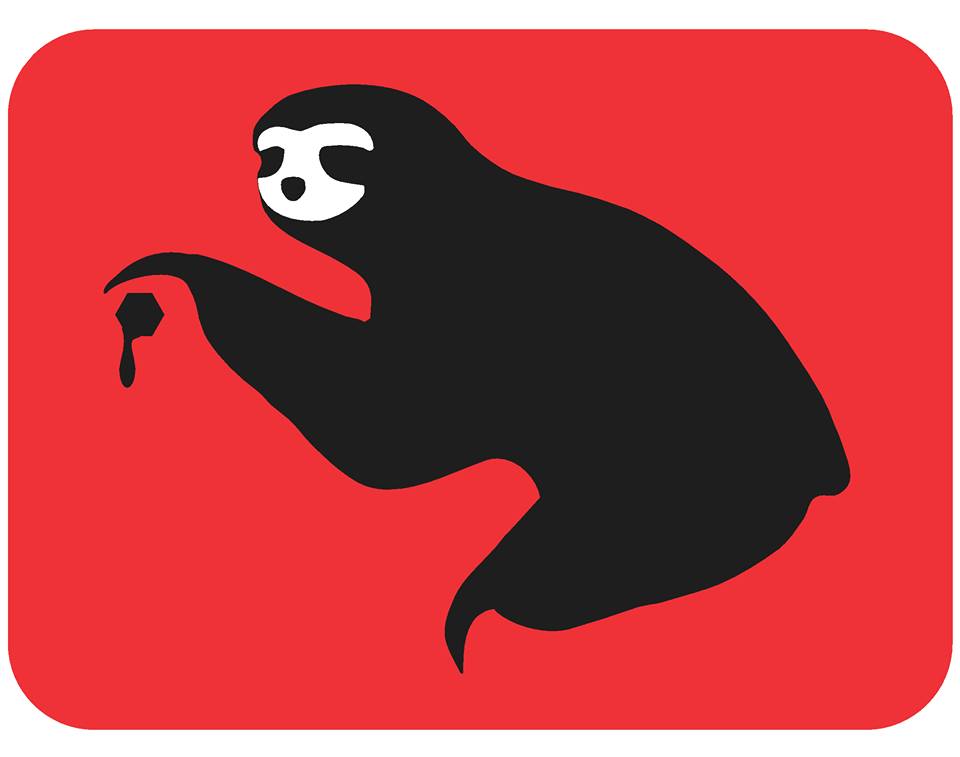 With more events came more product and more product meant Russell had to find space for his merchandise. “I didn’t want a store front initially because it’s a ton of overhead,” Russell explains. “But I was approaching a point where I needed more space and personnel. Then what I began looking for was somewhere I could store, ship and still do retail at a reasonable price.”

Since its inception, the company took on a big risk/big reward mentality. Sloth Steady has set themselves up to reap the benefits of being risk takers by setting up shop in Chicago, the company’s biggest online presence, while continuing to push out excellent product and work toward event sponsorships. Expect to see a more diverse clothing line stem out of Sloth Steady in the future as they look to bridge the gap between festival gear and street wear in the Windy City and nationwide.