Colorado hosted the first Bass Center in fall 2010 and last weekend, Lorin Ashton aka Bassnectar returned the festival to its’ Rocky Mountain roots. The ninth Bass Center was held July 29 and July 30 at Dick’s Sporting Goods Park in Commerce City, Colorado. Bassheads went wild when the announcement for festival plans were made last winter, just weeks after a hugely successful Bassnectar throw-down at Decadence NYE. Attendance numbered at nearly 50,000 and it’s safe to say that Bass Center 2016 was a hugely successful event. 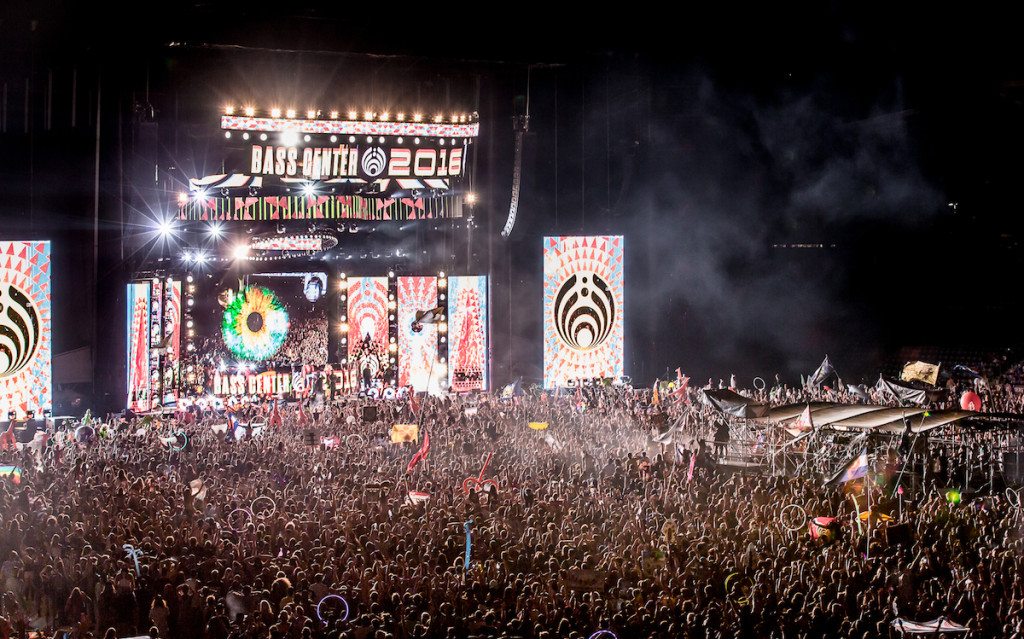 Just east of downtown Denver, DSG Park was a convenient commute for most Denverites. Camping pass options were available for hardcore locals and out-of-town bass chasers to spend the entire weekend on site. Vendors, slip-n-slides, friendly camps and thousands of friendly faces staying put for the whole ride gave Bass Center a festival feel. A talent-packed silent disco in the campgrounds, both nights from one a.m. to sunrise, kept late-nighters dancing through until the morning light.

Crafted with diversity across rap and electronic music spectrums, the lineup for Bass Center delivered as promised. We saw sets from some serious masters, including the hip hop legends of Wu-Tang Clan and dubstep doctorate G Jones. Anyone who loves Bassnectar, bass music, or hip-hop as much as we do felt like it was a holiday when Friday finally rolled in. 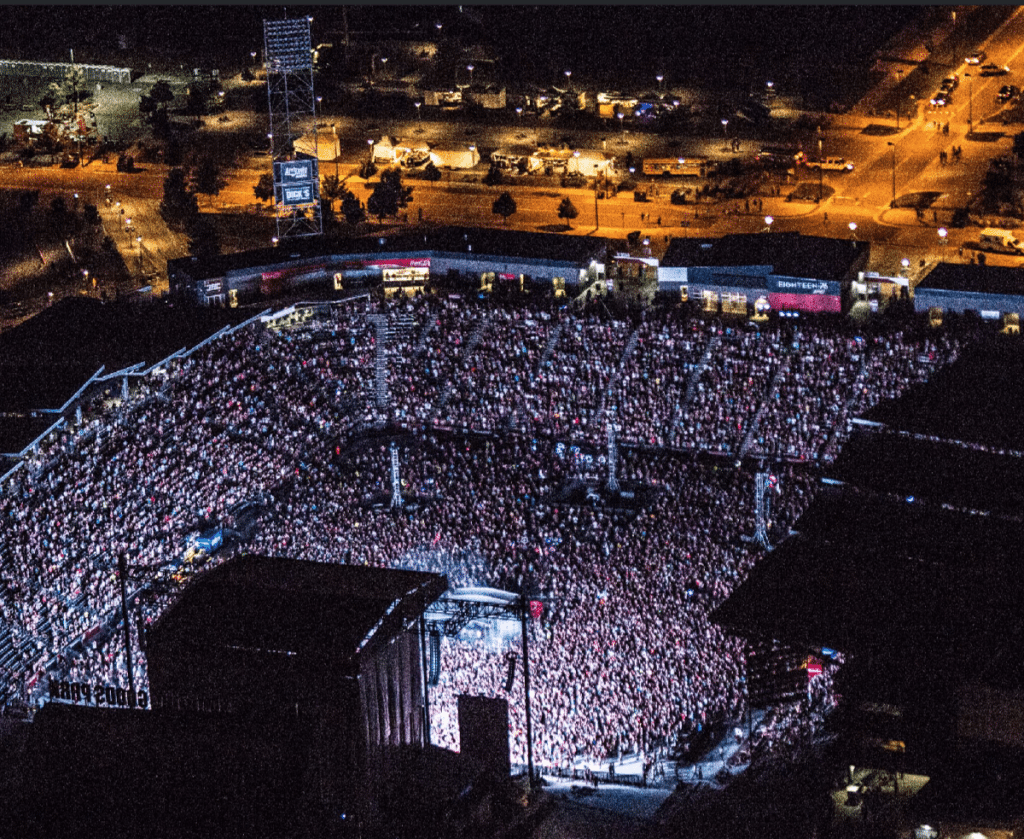 People started pouring into the venue early. Sprawling soccer fields converted to the camping area opened at noon. Commerce City was steadily taken over by the energy of bass freaks, booming stereos, totems and flags. By  five p.m., the stadium started getting packed and Dabin kicked off the festivities. Even outside the venue, the music sounded tasty and crisp…booties were shaking with the ground and Bass Center 2016’s first night came to a womp-booming start.

Dabin started everything off with some feels-filled dubstep, followed by Minnesota. Lupe Fiasco gave us a killer show, taking us back in time a little with some tracks from back in the day. Flying Lotus amped up the energy with their funk-and-jazz infused hard-hitting sound. Flux Pavilion got filthy and blew their fans’ minds. The crowd ate up the experience of hearing some insanely familiar dubstep classics in crisp live sound, getting hyped for Bassnectar. He took over the stadium in with Nina Simone’s “Feeling Good” in an epic start and we never stopped moving. To cap off the night, Lupe Fiasco joined him on stage for a killer surprise. “Vava-Voom” never sounded so dope! 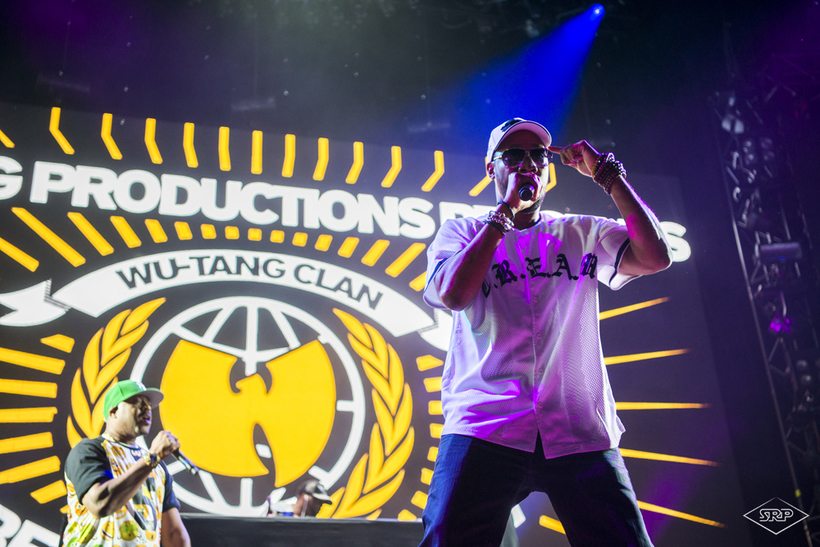 Saturday opened with Thriftworks, followed by OG dubstep master G Jones, AlunaGorge, and Porter Robinson. Rap deities Wu-Tang Clan’s set was full of enormous energy and the realest live rhymes. The experience of seeing one of the most respected hip-hop groups live on stage was hard to follow, even by Bassnectar. Of course his second night set was undoubtedly epic from beginning (that throw down of Hendrix’s “Castles Made of Sand” though!) to “The End” (by the Doors) and everything in between. Both of Bassnectar’s set were full of variety. Aside from playing new tracks from the Unlimited, his newest album freshly released June 17th, Bassnectar gave us some familiar tracks, old school treats, and unexpected samples. The Saturday set ended in explosions of fireworks and a rain of sparks, but the bass didn’t stop there. 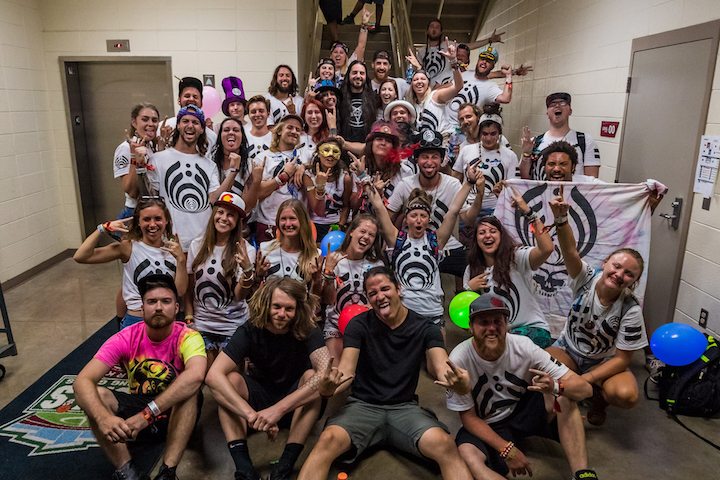 There was no shortage of late-night get downs with after-parties at Cervantes, Knew Conscious, and The Gothic. Even though some unhappy Commerce City residents may have also lost some sleep (complaints were filed by neighbors due to the bass), Bass Center 2016 did give back to the community. Conscious Alliance, a Colorado organization that works closely with many artists including Bassnectar, held a food drive all weekend. 1,200 meals to feed hungry families were collected. Several van-loads of school supplies were collected for The Denver Public School Foundation. In addition to supporting nonprofits, Bassnectar and his Bass Ambassadors pushed their efforts to propagate a leave-no-trace policy for events. The stadium and venue were left spotless, much due to efforts put out by fans who stayed late and cleaned up.

This was definitely a groundbreaking, urban mini-festival for the books. It’s safe to say Colorado was taken over by bass last weekend, both by Bass Center and its associated events. There’s nothing like being immersed in the sound from a massive speaker, moving with thousands of other sweaty dancing bass freaks. An unforgettable oasis of womp for us bass freaks, Bass Center 2016 definitely delivered as promised. 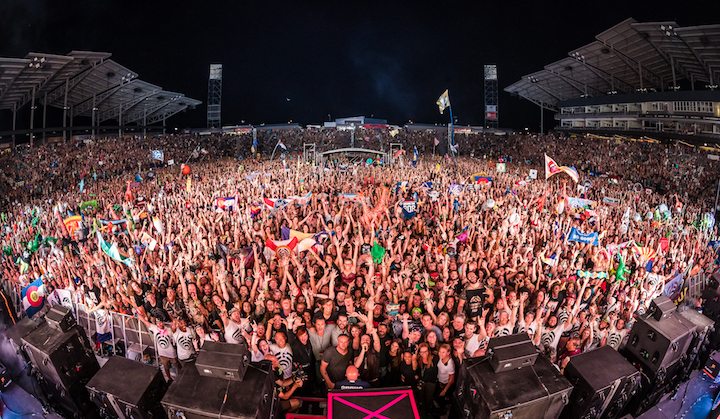