There are countless ways to bring in the new year as always, but if you’re avid music fans like we are, chances are you were boogying into 2016 at one of your favorite venues! Below we’ve put together our top ten best New Year Eve celebrations from coast to coast for your reading pleasure. If you were at one of these parties, pat yourself on the back for being part of 2016’s fresh music history, as there were a plethora of epic concerts going down on NYE, but only some were fortunate enough to make the journeys.

Here’s to yet another incredible year of soul moving music and inspiring live shows! 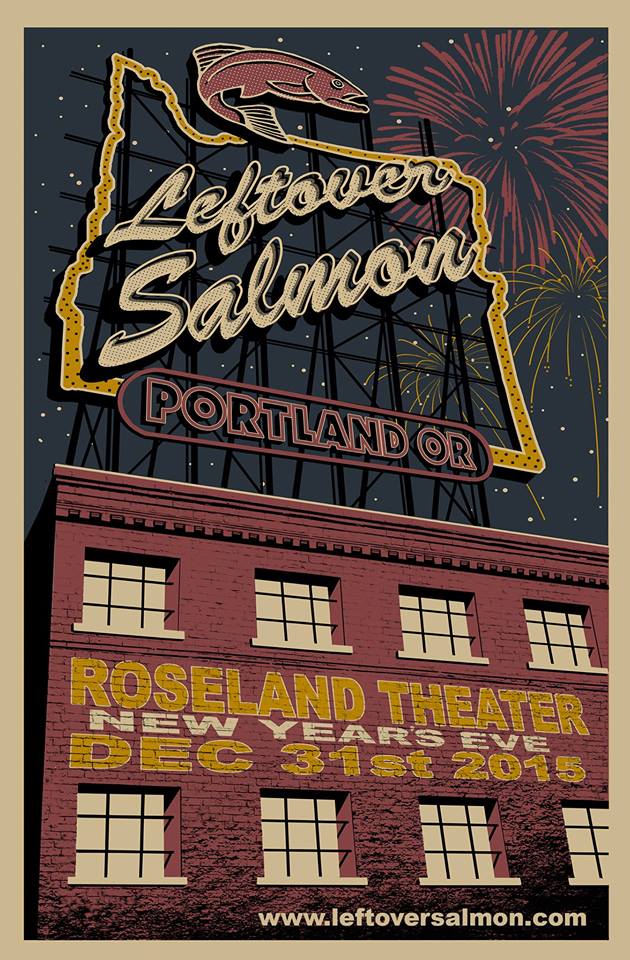 10. Leftover Salmon and Fruition at Roseland Theater in Portland, Oregon

Long time slam grass icons Leftover Salmon hailing from Colorado teamed up with some special guests to ring in the new year in Portland, Oregon at the historic Roseland Theatre. The night also celebrated Leftover Salmon’s 26th birthday, creating an extra memorable night for everyone involved. Special appearances by Portland’s Fruition, who are absolutely amazing if you get the chance to see them, sax guru Skerik and 18 member Portland based horn-driven intergalactic Glam performance band created an energy and one of a kind dance party any fan of Salmon’s is familiar with. Here’s to 26 more years of jammin’ with Salmon!

9. Decadence NYE featuring Excision, What So Not, The Floozies in Denver, Colorado + Reaction NYE featuring Deadmau5, Skrillex, Run the Jewels in Rosemont, Illinois

With heavy hitters from the electronic scene gracing both festival line ups, Decadence and Reaction  gave fans a weekend to remember. Shared electronic headliners such as Deadmau5 and Skrillex (who appeared as part of the duo Jack U in Denver) brought in the rowdy underage crowd, but the vibes still managed to be at an all time high with great performances. Unique artists such as Run the Jewels and Purity Ring managed to break up the electronic monotony at Reaction, while The Floozies and Gramatik gave fans some sensual grooves at Decadence in Denver. While we aren’t usually one for convention center parties, these two both came out on top with their epic execution in handling such high traffic events.

In today’s scene it can be difficult to break new ground when technology rules the live music circuit, but leave it to the Disco Biscuits to still have some tricks up their sleeves! After revealing that they had something special in store for their NYE run at Playstation Theater, fans had their minds blown to pieces when the band unleashed their surprise: a live-scored performance set to ‘Tron’. Clips from the show can be viewed here. The Disco Biscuits also had one more up their sleeves; the rarely performed gem ‘Unspoken Rhyme’ joined the set list for the first time in 16 years! 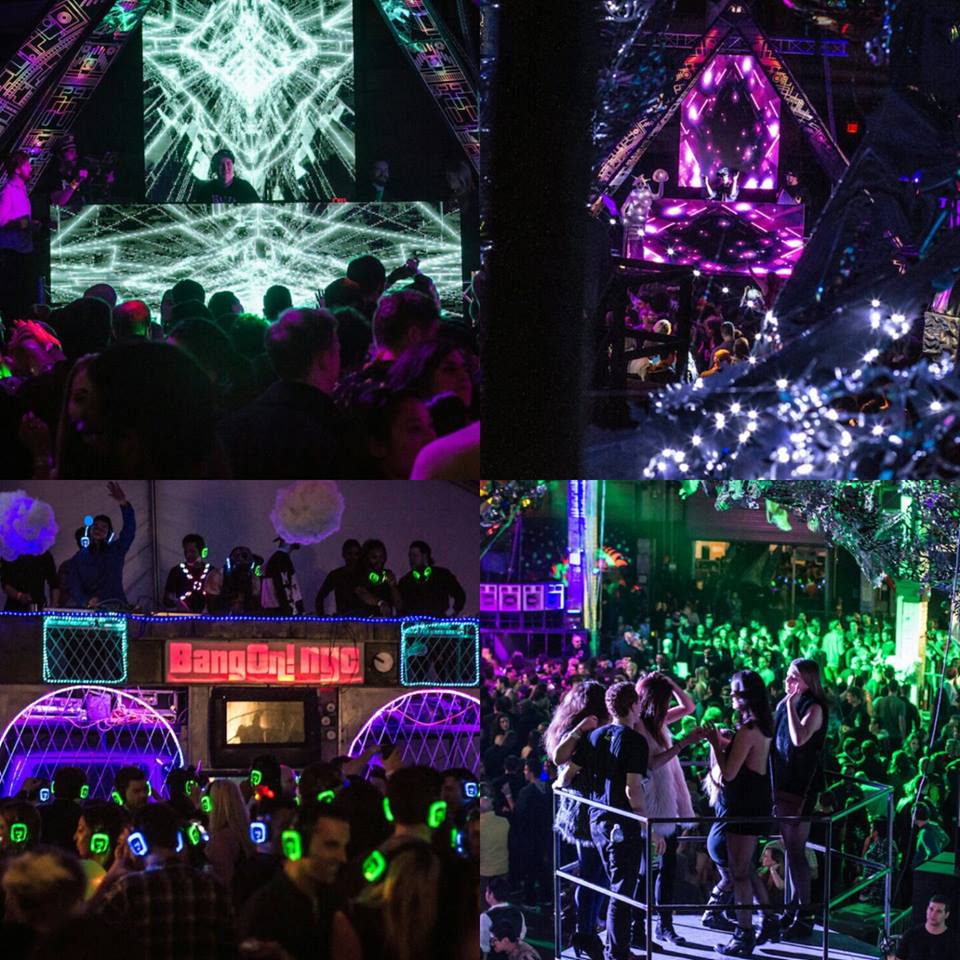 Photo by Kyle Miller of The Saucy Monster

Simply stated, there’s no party like a BangOn! party. “Time & Space 2016” will be the event to top for throughout all of this next year and possibly eternity. The venue: 30,000 sq foot warehouse turned into an art showcase, concert arena, and adult playground. The stage & dance areas were lined with different floats you can climb into and onto, as well as various jungle gym type structures. The loft area looked over a reflective aluminum art structure and down onto the crowd and stage. The back of the loft was designed to be a “chill” section, with yoga mats, blow up mattresses, pillows, and blankets lining the floor. A secret stage or second stage was through a tiny staircase with the words “To Space…” written above brought you into a little attic sized room filled with laser projection walls and a sound system. The art section, while still filled with music was more muted in this area, giving many artists solitude to paint & chat with people, including a small meditation section as well. When it comes to house music, it’s Dirtybird > everything – Justin Martin & Kill Frenzy killed it with the vibes: for the most part, considering the usual sloppiness of a New Year’s Eve event as large as this one, the vibes were incredible. Filled with the coolest people and a lot of Dirtybird Records fans who were ready to get down. People handled themselves well and kept things under control while still shaking butts all night long into the day. 21+ is always better than all ages.

6. Lettuce at the Riviera Theater in Chicago, Illinois

Still riding the incredible high from their newest album ‘Crush’ and their documentary ‘Let Us Play’, Lettuce have no plans of pumping the brakes any time soon. These guys sure know how to bring the funk and did not disappoint ringing in the new year Chicago style for two nights of fresh, foot-stompin’, body-movin’ funk music. Break Science kept the festivities going by performing an late night after-party set at Concord Music Hall. 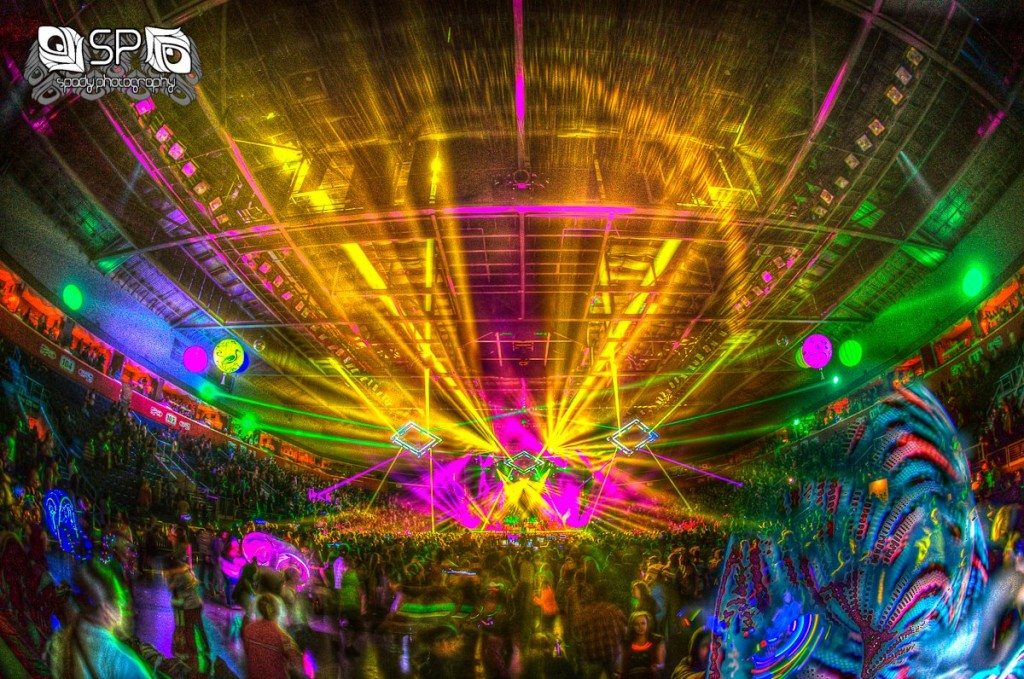 There’s no argument when it comes to just how much Colorado LOVES String Cheese. The balloon, confetti and blimp explosion filled the massive First Bank Center with thousands of cheery echoes perfectly set to the twangy feel-good tunes that SCI are known for. It only makes sense for the hometown band to play their annual three night run on New Year’s Eve, making it all the better for the native Cheeseheads. On the final night, the band even collaborated with Umphrey’s McGee, who happened to be in town playing their own run of NYE shows! Such things can only happen in Colorado. Oh, and did we mention the 3d glasses that were handed out to make for an even MORE epic Cheese experience?! SCI even played a Zeppelin cover of ‘The Ocean’ to add to the magic!

Ask any music lover what makes Thievery Corporation live so great, and they’ll open up and gush. When one isn’t being drawn in by their rotation of energetic MCs, seductive songstresses, or thought-provoking political messages, you’re busy shaking your groove thang like there’s no tomorrow. The diversely rich band performed a set list for the ages at their NYE celebration, including hits from six of their most beloved albums while also giving their powerful rendition of ‘Fire on the Mountain’, their warmly received Grateful Dead cover from this past summer’s GD50 tribute shows. Adding on an extra horn section from the opening band of the night, Hard Proof, Thievery brought an even more booming sound to the stage than usual. Ringing in the new year with ‘Culture of Fear’ accompanied by a talented and mysterious belly dancer couldn’t have made for a more perfect welcome to 2016. [View the band’s set list here.]

3. Pretty Lights at the Brooklyn Bowl in Las Vegas, Nevada

A back to back two night PL session is one hell of a way to ring in a New Year’s Eve, especially in Las Vegas! With special guests SuperVision and DATSIK, it was one big dance party at the legendary Brooklyn Bowl.  You can watch the rad recap video here, where some lucky fans even got champagne toasts poured straight into the gullet by Derek himself after the New Year’s countdown. Derek even gave fans a secret parking lot set as the sun began to set, making it a once in a lifetime experience for PL fans. 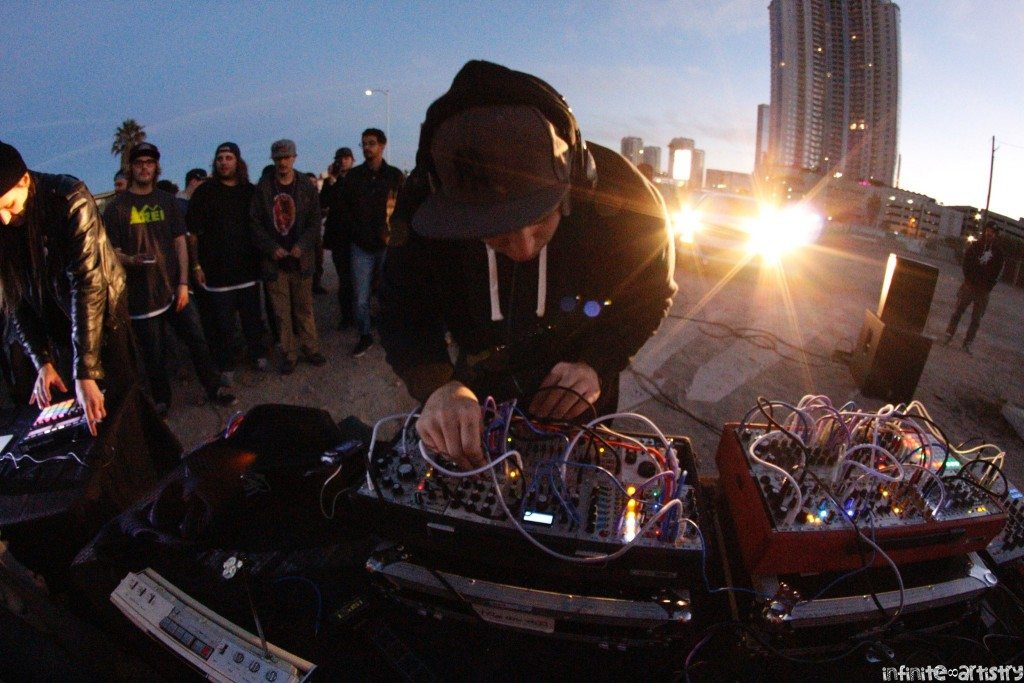 2. STS9 at The Tabernacle in Atlanta, Georgia

Some would say that Atlanta’s Tabernacle is one of the most gorgeous venues in the country. Many artists seem to agree, because every time we turn our heads there’s a favorite band of ours securing the Tabby for multiple night runs. Such as STS9, who called the Tabernacle home for 4 days during their end of the year celebrations. In addition to fan favorites and covers by Erykah Badu and the Isley Brothers, the Tribe surprised many by performing ‘Possibilities’, a cult classic that is rarely performed live as well as a certain crowd pleaser ‘Georgia On My Mind’. Maureen Murphy also sat in for several songs, giving one of the most soulful performances of ‘Better Days’ thus far. Sound Tribe has a massive following and four nights of the band is a guaranteed way to start the new year off on an extremely positive note.

We don’t have to tell you just how massive the following for Lorin, aka Bassnectar has gotten – the man draws tens of thousands of people from across the country any time he’s on a stage, which should give you just an idea of how nuts his New Year Eve show in Alabama was. Twenty thousand people packed into Birmingham’s Jefferson Convention Center to welcome 2016 with the bass of Manic Focus, Psymbionic, The Glitch Mob and Paper Diamond. It’s also worth noting that a few days prior to the show, Lorin took to his Facebook page to make attendees aware of the recent damage done by the flooding in Alabama, and taking the chance to ask for food, water, and clothing items to rebuild the community that they would all be gathering in to welcome the new year. Anyone can throw a party on New Year’s Eve, but doing so while making a difference? Nothing is better than that. Seamlessly remixing tracks such as Imogen Heap’s ‘Hide and Seek’ into Ellie Goulding’s ‘Lights’ brought in the new year with the perfect dose of Nectar style. Other highlights from the two and a half hour set were fan favorites like ‘Churn of Century’, ‘Boombox’, ‘Teleport Massive’, ‘Magical World’, and a live performance from Lafa Taylor on ‘Speakerbox’. 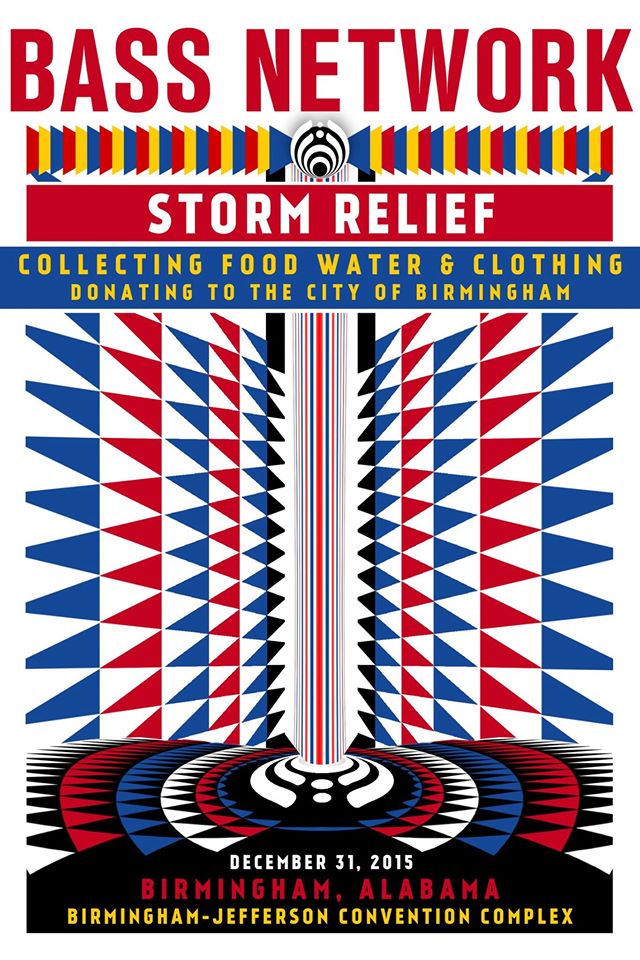