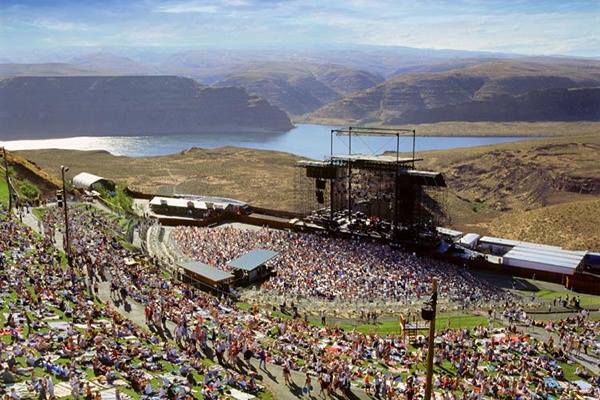 Sasquatch Music Festival is the premier music fest of the beautiful Pacific Northwest, and with the 14th year anniversary rapidly approaching, we could not be more excited to check out the unmatchable line-up and see what Sasquatch is all about! The festival takes place Memorial Day weekend at the astoundingly scenic Gorge Amphitheater high above the Columbia River in Quincy, Washington. The venue has won Pollstar Magazine’s award for Best Outdoor Music Venue nine times already and remains in the running for 2015 as well, making the anticipation to witness its beauty in person even greater.

The spirit of Sasquatch is created from the unique vibes of the great Pacific Northwest, a mixture of live music connoisseurs and adventurous, outdoor-lovin’ spirits. With festival-goers prominently hailing from the PNW area and close neighbor Canada, the fest is rather small, with a little under 30,000 ticket holders compared to the Bonaroo’s and Coachella’s of the festival scene, who surpass audience numbers of nearly 90,000. We are hoping that the lack of a big-city celebrity culture mixed with the outstanding scenery will make us feel that we are on an intimate musical escapade in the wilderness with the Sasquatch festy fam. 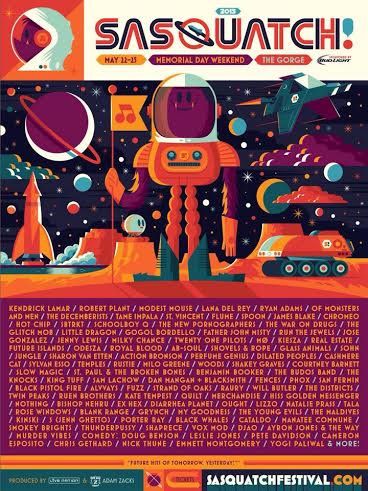 The lineup features a wide variety of genres –even some stand-up comedians, from gigantic and breakout artists alike, such as Lana Del Rey, Tame Impala, Flume, Chromeo, Modest Mouse, Robert Plant, Sleater-Kinney, SBTRKT, Schoolboy Q, Odesza, Milky Chance, Glass Animals, Dilated Peoples, Kendrick Lamar and many, many more. We’re especially looking forward to Kendrick Lamar, whose new album ‘To Pimp A Butterfly’ just broke Spotify records with over 9.6 million streams on its first day! Stay tuned to find out more about what Sasquatch has to offer and why making the journey to one-of-kind Pacific Northwest at the end of May is the perfect way to kick off your summer festival season!