At Compose Yourself Mag, we thrive on showcasing talented and unique individuals, those motivational people you can’t help but become inspired by. That’s where Heather Hanson comes in, a wildly passionate and creative soul living in Portland, Oregon, who is the brainchild behind The Super Groovy Cosmic Bus. Determined to see the world and make spectacular memories along the way, SGC Bus has become her motivational vessel, taking her from adventure to adventure while sharing it along the way.

Read on as we find out what SGC Bus is all about!

What initially sparked the creation of Super Groovy Cosmic Bus?

I was living in a tiny town where all of my friends had moved away and/or had children, and I’d split with my boyfriend of seven years in May of 2012. When that happened, I knew if I didn’t go out of my comfort zone to make friends and find something to do in Portland that I would get really depressed. Unfortunately (or fortunately), sometimes I’m socially awkward, and I didn’t know anyone in the city at the time, so I brought out a toy bus as a sort of safety blanket, something I’d done in the past in a little rural town called Vernonia, OR. I decided to go to shows in Portland because I’ve always loved music and you don’t have to be with a crew of friends to attend and enjoy yourself. I used the bus as an ice breaker with people and a way to approach bands. I wanted them to “come aboard the bus,” although I’m not sure I knew exactly what that meant at the time. I knew I was going to take their pictures, and maybe some video, and post it online and that’s about it. The bus was also my way of bringing people into my silly world, or at least softening the boundaries between their realm and mine.

We love the fact that a toy VW bus is your mascot. Where did that come from? 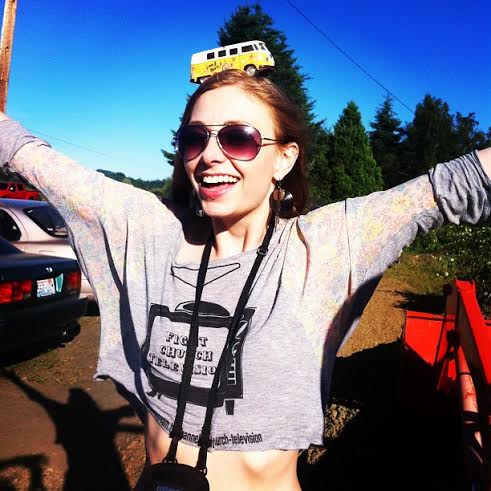 “Life is short, life is silly, life is full of grand experiences, choices, and trips, and moving forward with a positive attitude and a big idea is the only thing that makes sense to me.” – Heather Hanson

I bought a vintage toy bus in 2008 and one day I took it and my camera with me on a walk in the woods outside the small rural town where I was living. I took pictures of it in trees and next to flowers and came up with the ridiculous name, The Super Groovy Cosmic Bus. I showed the pictures to my friends and they thought it was an interesting concept, so with that bit of encouragement I decided to create my own micro version of the Merry Pranksters. Within an hour, I convinced a group of friends to meet me at the local pub dressed in something ridiculous. We goofed off, got loud, and took fun pictures. It was a success and from then on, the bus became a staple in our small town life, and live music always happened to be in the picture. In 2012, I picked up a new toy bus and brought it to shows in Portland. I soon realized everyone had a bus story and that I’d stumbled upon a seemingly universal common thread that transcends cultures, language, location, and musical tastes.

Amongst all of the memories you’ve created with SGC Bus, what would you say has been the most impactful on continuing your journey?

New, meaningful memories are created every month, but a few things do stand out for me.

In 2012 I spent time in a cabin in Mount Hood with Billie Mintz, an award winning filmmaker and documentarian. Those moments have stayed with me every step of the way. I saw his passion for his work, the endless hours he put in, the constant flood of ideas and projects and opportunities he embraced, and observed it was a pure heart with great intentions and a solid mission that was the driving force. He’s continued to be a mentor, always there with simple yet powerful advice.

The interviews with bands I conducted at CymaSpace showed me I could take my own crazy ideas and bring them to fruition in a limited amount of time with a small, efficient team of my choosing.

The year I spent sleeping in hotel rooms, on new friends’ floors, in band houses, and in studios kept my life in a state of chaos. I had to learn to embrace the road bumps. Things seemed to change every few days. I could have wonderful news and bad news within the same hour because I was constantly encountering, working with, and sharing space with a variety of different people with different personalities and goals.

The pantsless band t-shirt photoshoots I set up for my projects once again showed me that in a matter of days, I could take a wild idea, assemble a team, and make the vision a reality that was effective and memorable to others. 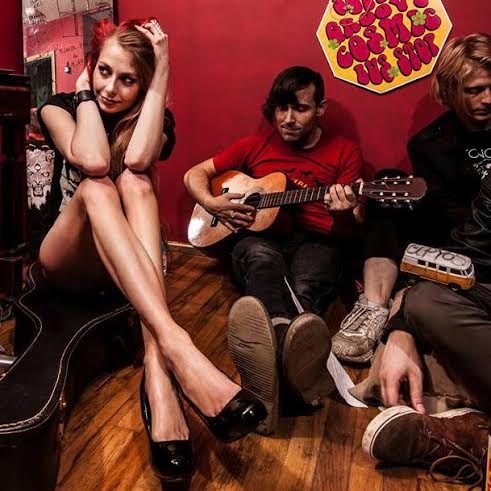 What inspires you to continue the SGCB project?

Life is short, life is silly, life is full of grand experiences, choices, and trips, and moving forward with a positive attitude and a big idea is the only thing that makes sense to me.

Any advice you’d give to those inspired by the SGC Bus?

Always be on the lookout for opportunities and don’t be afraid to jump at them, always trust your instinct, go with the flow and be ready to improvise, and when you find something that brings you joy, share it.

Where do you see SGC in the next ten years?

Establishing a record company on Jupiter…?

I’m always hesitant to define an end goal or speak my dreams aloud, partly because I know I could never have imagined all of the gifts and opportunities life has given me so far, and partly because I don’t like to announce things until they happen. I’m relaunching my website Wednesday March 25th and will be adding more facets to it in the very near future, including merch and tools to further expand the SGCBus network and build a sense of community among artists and those involved in the arts. I’m working with Portland Radio Project, and I hope to continue to collaborate with other creative entities, build my brand, produce quality content with my own personal touch, and support artists.

I’m heading to Treefort Music Fest this week for four days and plan on hitting up plenty of other music festivals this summer. I’m helping with a great show at Kelly’s Olympian on April 3rd for The Breaking’s album release with Top Hat and LiquidLight. I’ll be working on projects with some groovy bands, including The Reverberations and World’s Finest, who has their big album release coming up on April 25th at The Aladdin Theater. 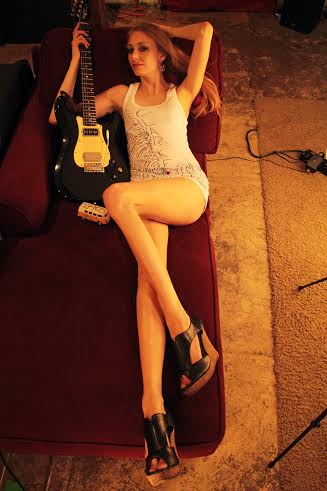 I’m continuing to work with Sofar Sounds and Portland Radio Project, as well as conducting my own Red Room Sessions. I’m really excited to be collaborating with KPSU on a unique event on April 18th but details are secret for now. I contribute to 50thirdand3rd.com, a national music blog, and have some other things in the works.

Check back soon for more updates on Super Groovy Cosmic Bus, as we’ll be featuring more of Heather’s travels and work in the coming weeks!

So, what are you waiting for?

GET ON THE BUS!