The intimate mood and setting of Cervantes’ Ballroom was a match made in Heaven for what Thursday night would bring to the dance floor. Headlined by Thievery Corporation’s Rob Garza, the evening promised to be one full of reinvigorating and sexy House balanced with healthy doses of hyped up, electro goodness and down-tempo ambience provided by openers option4, Mosis and Pruitt. 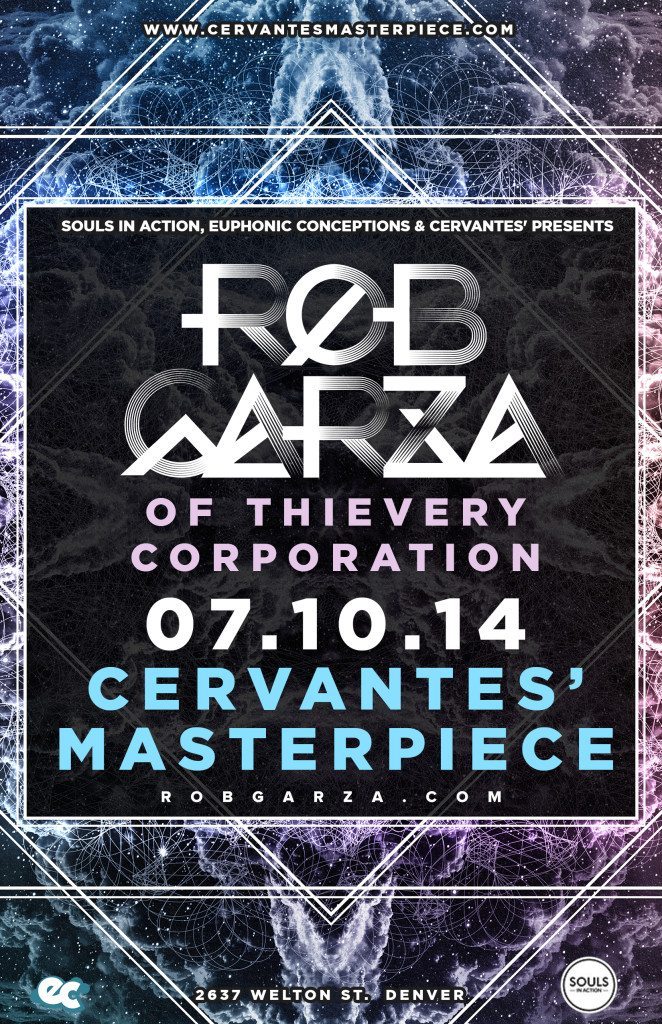 Though he were one of the first to kick off the festivities, Mosis had one of the best sets I’d experienced in a while, and was my favorite performance of the night. Packing an arsenal of airy, down-tempo melodies and stunning deep-house tracks, Mosis held my attention for the length of his hour long set. After dropping one of my favorite songs, a Snakehips remix of BANKS ‘Warm Water’, I was instantly convinced I’d found a new favorite artist to keep track of. I can’t wait to see this producer in more venues, and definitely would’ve appreciated a longer set from him.

Following a short intermission, Denver based producer Pruitt took to the stage and erupted the dance floor with his upbeat electro set. As a hometown favorite, the love and admiration from the crowd emanated throughout Cervs’, with his energetic performance setting the party vibin’ mood for the rest of the night.

As the direct opener for Rob Garza, option4 stepped to the plate and heated things up by completely flipping the crowd’s dynamic. Launching into a flawless and sexy House set, option4 had the entire crowd bumping and grinding against one another within minutes of taking the stage. Serving up a floaty combination of deep house with flashes of 80’s synth, option4 was successful in playing the perfect mixes to glide the crowd into the much awaited nu-disco set Garza had up his sleeve.

Since releasing his latest mixtape, Disco-Tech: Plastic Clouds, back in May, Rob Garza has been on an unstoppable mission to bring his sultry and vibrant House productions and remixes to the masses. Balancing a relentless touring schedule between Thievery Corporation and his solo gigs, Rob Garza is truly a master of his craft, as he is consistently evolving within his musical expertise with each set he mixes. I’ve been fortunate enough to catch more than a fair share of his soul-satisfying, disco-funk DJ performances, so I knew just how special the night was going to be. 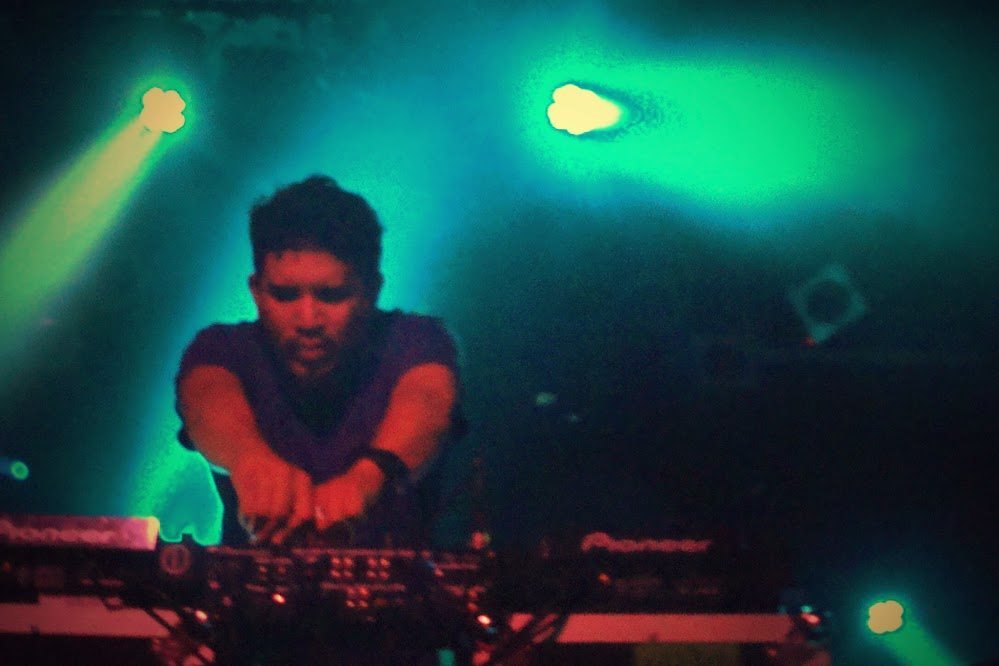 Upon hitting the stage around midnight, the main room at Cervantes’ was seductively grooving, as Rob played a sensual and uptempo set, selecting a few tracks from Plastic Clouds to show off as well. Keeping the crowds energy at a steady momentum, he gave a nod to his fellow Thieves by dropping his remix of ‘Depth of My Soul’, an upbeat and hypnotic rendition of the haunting original. Ending the night just around 2 am, I left with the wonderful satisfaction of new music buzzing in my ears, and ever-building anticipation for the Thievery Corporation show I’d be seeing only two days later. As my first Cervantes’ Masterpiece experience, I couldn’t have asked for a better performance to indulge myself in.

Huge and endless thanks to Souls In Action, Euphonic Conceptions, Cervantes’, and most of all, Rob Garza and the night’s openers for making a sexy and fun dance party like this happen!