While many awesome concerts happen every day of every year, there is something undeniably special about the Red Rocks Ampitheater, located in Morrison, Colorado. This previous Saturday, I had the remarkable opportunity to witness Gramatik throw down and sell out at his very first headlining Red Rocks Show.

Let me begin by first giving a big thanks to all the artists and persons that made this event so amazing. The production of the show was on point from beginning to end, never letting up in providing a plethora of stunning visual effects, acoustic perfection, and overall immaculate quality. It is important to remember that shows of this caliber don’t happen without immense amounts of preparation.

I arrived at the upper South Lot around 2:30 in preparation for the pre-show set that the guys over at Vibe Street and Project Aspect had planned. The two local acts got the Red Rocks attendees rocking with each of their unique styles that defy a description beyond embracing their own roots and styles. The attitude and atmosphere before the show was apprehensive, mostly because of the fear of impending rain that was predicted to complicate the performance. Throughout the day, up until around 5 o’clock, there were raindrops hitting heads and cars but finally the precipitation halted long enough for smiles to start spreading on faces. I began to head up to the amphitheater itself around 7:30 and proceeded to walk up some serious flights of stairs, all the while gaining an even more impressive view and perspective of my surroundings. My group settled around row 45 and dead center.

By the time I had gotten to our desired spot, Gibbz and BRANX had already played both of their opening sets unfortunately. However, I was just in time to see Exmag go up on stage. Many of the people around me seemed to be unaware of the level of funk that would be brought to them by Eric Mendelson, Tyler Dondero aka SuperNicer, Mike Iannatto, and the illumntr. Exmag’s rendition of Blackstreet’s ‘No Diggity’ brought about surprised faces and heavy boogies from those in attendance. 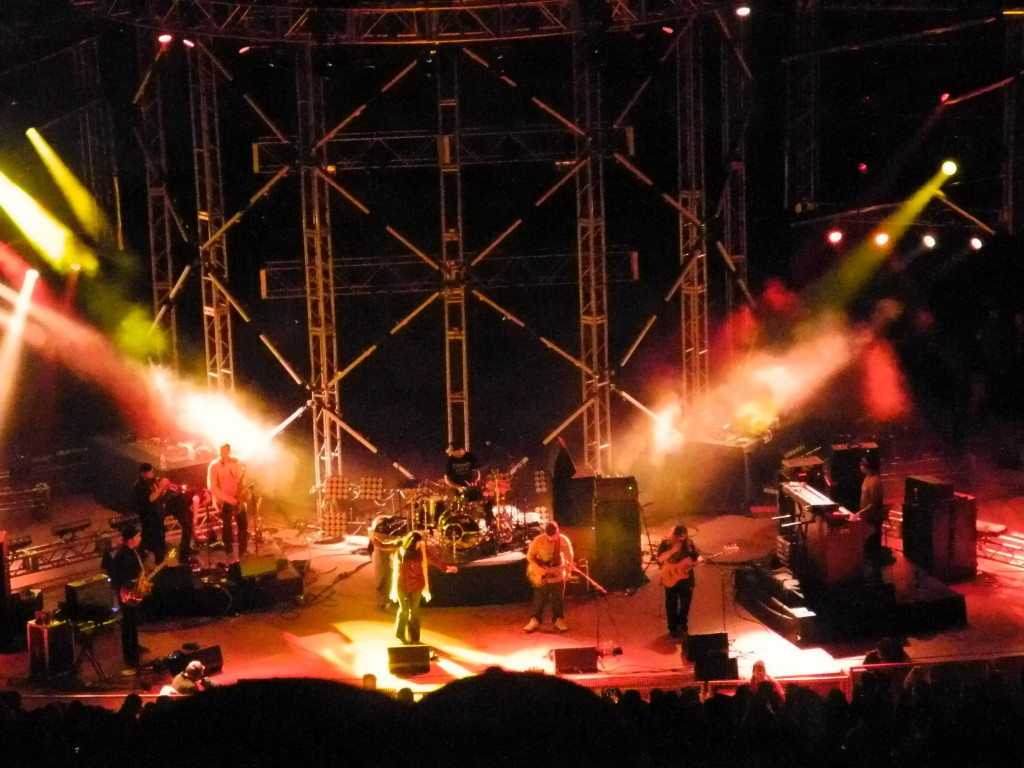 In case you’ve been hiding under a rock, Lettuce are a certified seven-piece jam super band. Keyboardist Neal Hawk absolutely brought a whole different level of instrumentality, coupling awesome percussion work from chief songwriter and drummer Adam Deitch. Lettuce guitarist Eric Krasno was also one of the members of Lettuce who took the stage later in the night to play with Gramatik. One of my favorites from their set was “Love You Left Behind“. Shortly thereafter, Nigel Hall wowed the crowd with his performance on “Do It Like You Do“, the acoustics working perfectly with the songs’ high brass sections. One thing I would like to mention is that Lettuce was scheduled to get on at 9:00, and they were up and hitting the stage when the clock hit 9:01! They were right on time, and never wasted a second to throw down a funky set. Good show guys! 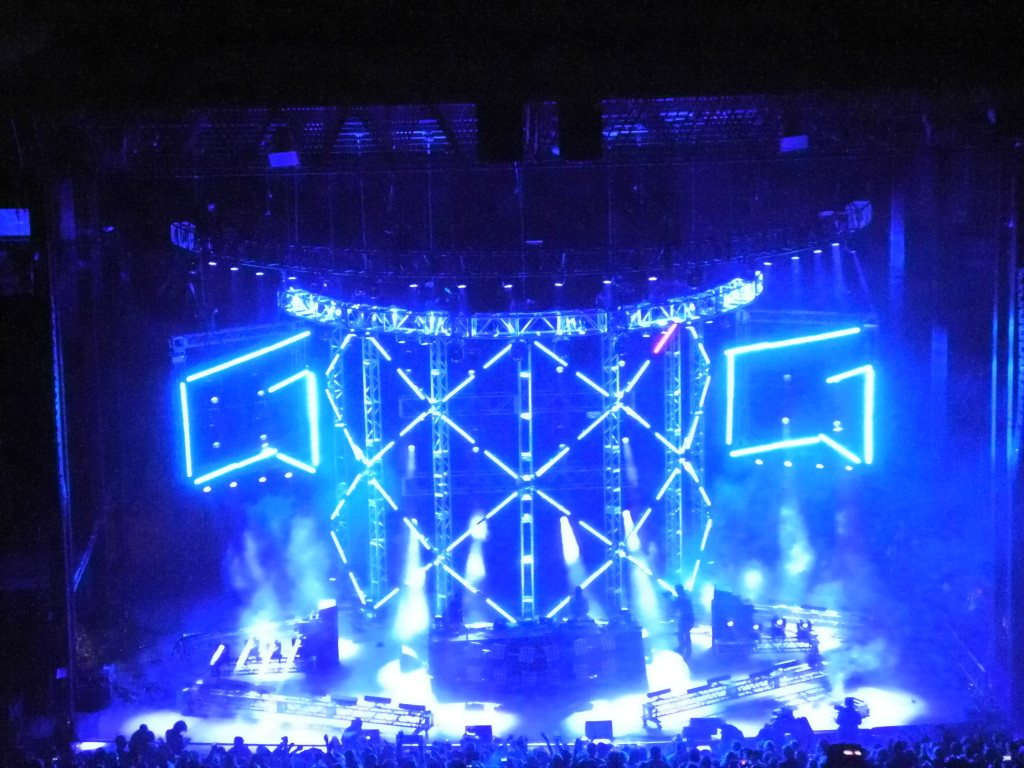 The crowd’s energy was reaching its peak as it finally came time to receive the main attraction; the man himself, Denis Jasarevic. Coupled with a sweet stage setup that boasted two stylized Gramatik “G’s” and a massive pillar of lights in a seemingly circuited fashion pictured above, the anticipation was very real as the music started up. Gramatik spun an absolutely incredible set, and attendees who had relaxed in the interveening time had since risen, and were moving like there was no tomorrow. The first track to be thrown down was “Doin’ My Thang”, followed by the foreign-inspired funkiness named “The Drink Called Rakija“. In particular, I remember “Digital Liberation is Mad Freedom” being proceeded with “Dungeon Sound”, which was then followed by an amazing mashup of “Superstition” by Stevie Wonder/Grizmatik’s “My People” [a portion of which can be viewed in alright quality taken by yours truly if you click the link at the end of this post].

Later in the show, I remember colliding with a fellow showgoer, when ‘Talkbox Intended’ suddenly dropped on a high bass note. A definite highlight included the excellent addition of Russ Liquid, who played a multitude of instruments during his performance, including the saxophone and flute. The stage began to flood with surprise guests towards the middle of Gramatik’s set, which also happened to include Dominic Lalli from Big Gigantic and Grant Kwiecinski aka GRiZ, making the set another coveted installment of Big Grizmatik. Although, this is not entirely accurate, as Gibbz sang over parts of the performance and Eric Mendelson of Exmag also graced the stage at one point or another as well. So perhaps the combination of players would best be shortened to Big Gribzliqmatik….? While this moniker doesn’t quite roll off the tongue, the amalgamation of talent on that stage that night was absolutely unforgettable.

All in all, it was quite a big day for Gramatik, Lettuce and the rest of the Lowtemp (and extended) family, as this was both the first time Gramatik had ever headlined Red Rocks, as well as the first time Lettuce had ever performed there. Considering they both sold out the world renowned venue for their very first times, I doubt this will be an experience that any of the artists involved will soon forget.