Royal Canoe is like a dessert, but on that special occasion when you get to eat it before your dinner. If Canada can send more goodness over like Royal Canoe, we just may forgive them for Justin Bieber. Royal Canoe is pretty much the summation of all your favorite indie-pop bands with a gracious amount of versatility. I caught myself mesmerized by the vocals and nearly lost it when he sung through two mics to create a near-psychedelia entrancement. I wasn’t expecting to hear so much bass drum, such funky sounds while still maintaining that catchy, upbeat composure. I started their set tapping my toes and before I knew it, I was grooving away to some funky quirkiness. Albeit, it was the first I had heard of them, I’m well assured it wouldn’t be the last. The band is already set to play in this year’s Bonnaroo Music and Arts Festival in Manchester, TN. They couldn’t have been a more perfect fit to open up for Bombay Bicycle Club.

With an everlasting pursuit to fulfill my quixotic craving for music, I wasn’t anything less than ecstatic when the curtains pulled unveiling the consummate of London’s indie-pop band, Bombay Bicycle Club. At that moment, you can feel the ground shaken from the antsy feet waiting to shake their blues loose. The crowd burst with energy as the drummer struck the first notes of the night’s show leaving a lingering sense of comfort knowing that we were all going to be in for a treat. I was awestruck by the sounds persevering through the sold out Granada Theater. It seemed their latest album, So Long, See You Tomorrow, already made it’s home in the hearts of it’s fans as they sung and danced along. 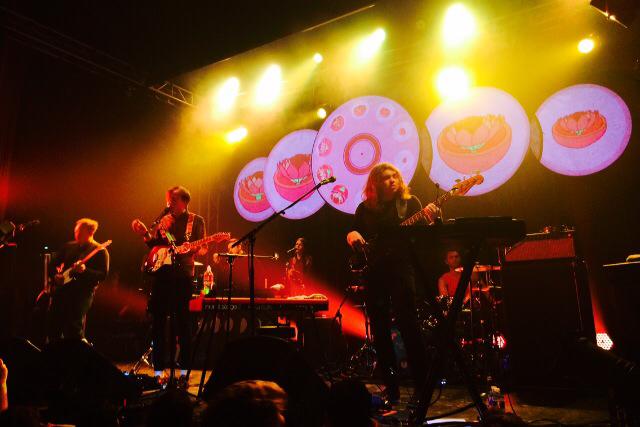 It was quite surprising seeing such eloquent silhouettes really rocking the venue. Maybe it was their catchy signature sound or the circular monitors displaying delightful oddities or perhaps and probably the enticing English accent of Jack Steadman harmonizing with his guitar and piano that presented a key role in such an enjoyable night. I attended the show with my best friend, her 16-year-old sister as well as her two friends and it couldn’t have been a more suitable night out with the younger ladies. Ultimately, the show was a very pleasant experience to share with both the younger and older audience. From snagging the set list to watching three-adrenaline ridden girls build up enough courage to ask their heroes for their autographs, the night illustrated the raw innocence that reminded me why I dedicated my life to revolve around music in the first place. 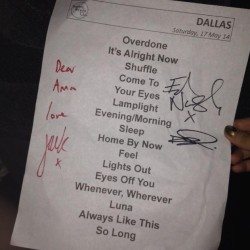 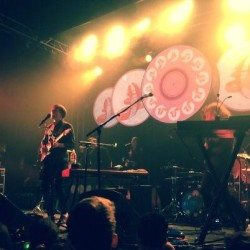 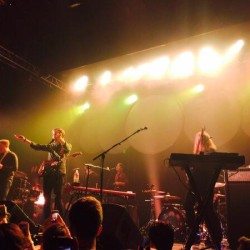 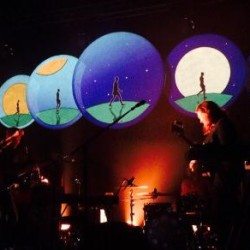