With a headlining gig at Cervantes Ballroom on the horizon, we’re excited to announce Bass Physics is the Denver Kush Club x Compose Yourself Artist of the Month for August!

Treading in the melodic waters, Bass Physics mashes a multitude of genres in his hip-hop influenced bass music. His down-to-earth personality makes talking to him a pleasure. Arja (Bass Physics) truly has a vision for his project, and a solid grip on the steps he needs to take to elevate to the next level. His love for music has been present since a young age, and years of touring and producing have given him the resume to make some groundbreaking moves in the industry.

Bass Physics recently took some time away from touring to hone in on his craft. After locking himself in the studio for a year, he has emerged with a variety of new tracks that he’s ready to share with the world. We caught up with Arja on his background in music, new tunes, and upcoming show at Cervs.

Thanks for taking the time to speak with us today. When did you first start producing music?

Arja: I started playing piano around ten or so. When I started on the guitar, I was learning metal songs, but I was in a funk band in high school for a while. In 2007, I went to a Sound Tribe show, and Hunter Brown was a huge influence to me before I started Bass Physics. Bass Physics started in 2012 with my homie Luke, it’s just been me since 2016 though.

I remember you told me that you were taking some time off of touring to work on producing new music. Tell me about your time off from live shows.

I tried to start a new idea everyday. Whether it was 10 seconds long, or the whole structure of a track, I would start something new everyday. I played out a couple of the new tracks when I was in Texas and people loved them, so I’m really excited to bust out the new tunes at Cervantes.

Tell me about your upcoming collab with Cofresi.

The track with Cofresi is called Limitless and it actually drops Friday (8/23). It’s kinda like “bass future rock.” It has a heavy distortion guitar loop that matches with a synth melody that Ben wrote. It’s kinda like a war zone type feel on the drop.

What is your favorite part of Colorado?

It would be a tie between the mountains and the people.

Sativa, I like to produce and go out and explore

Concentrates. I’ve been smoking a lot of live resin recently. The Durbans are my favorite cross breeds.

What are your thoughts going into the Cervantes Show?

Cervantes is gonna be nutty. I’ll have Colby on the drums with me; I really enjoy playing with someone else on stage. I’m feeling like I want to throw it down harder than I usually do. I want to play less of my old music and put on a fresh performance for my fans in Denver. 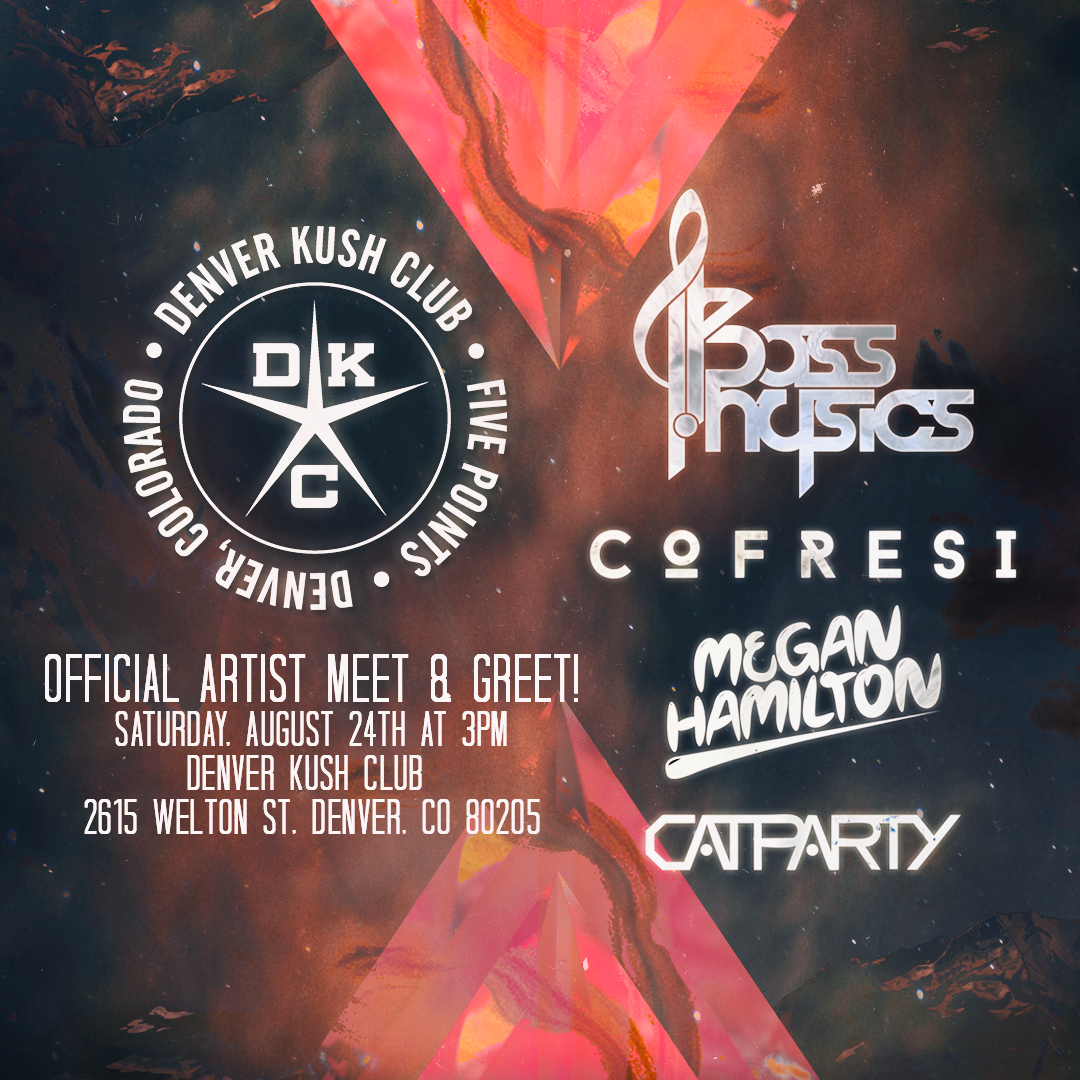 Snag tickets to Bass Physics at Cervantes by clicking here! Also, don’t miss out on the chance to meet Arja at our Meet n Greet at Cervantes on the day of the show!