Desert Dwellers have been a staple of electronic music for almost twenty years. Their latest album ‘Breath’ topped Beatport and came in at number 9 on the Billboard dance chart. Their sound explores the multiple millenias’ of World Music, while maintaining progressive, ever fresh track productions. The soundscapes they create can provide a soundtrack to sit back and relax to, captivate you with rhythm and melody, almost forcing you to dance, or grip the imagination, weaving magic carpets with threads of sound that fly you to the gates of awe and beyond. I caught up with Treavor Moontribe and Amani Friend in Austin, Texas where they played to a sold out audience that embraced them like High priests in a religion of rave. 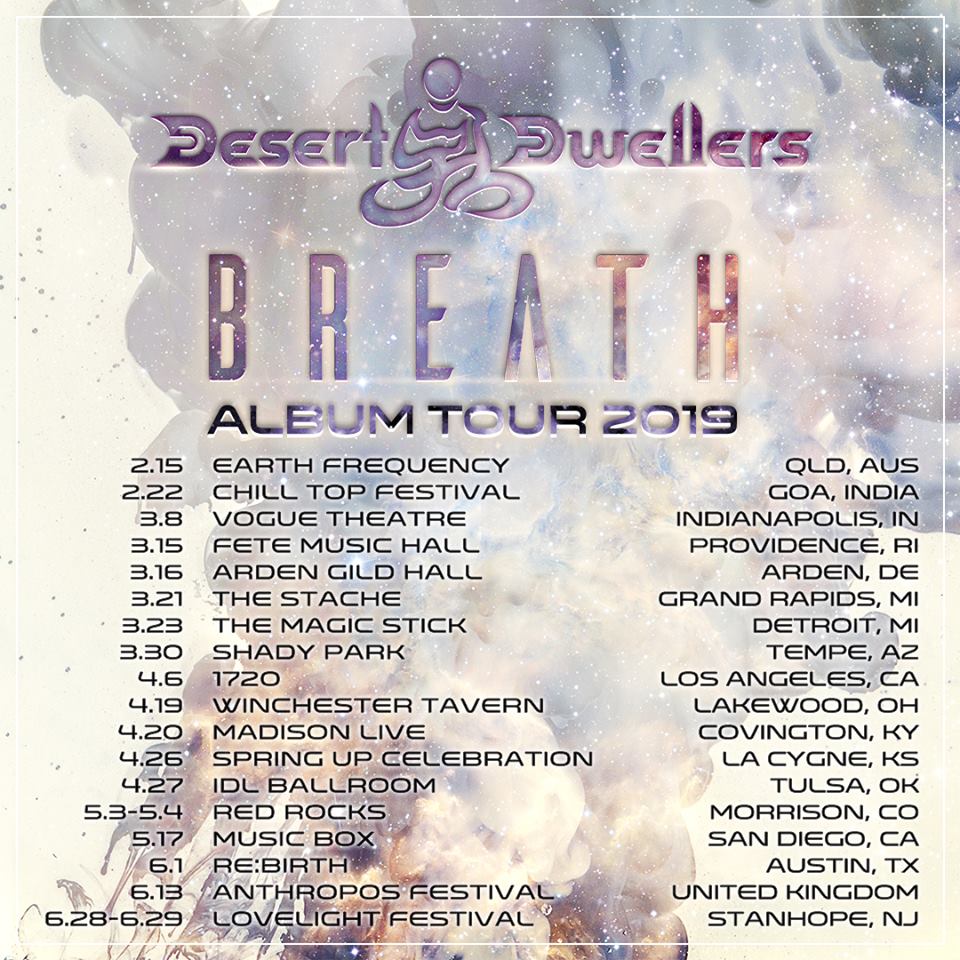 You guys have been making music together since 1999. Did you anticipate becoming the sound that you are recognized for today?

Amani Friend: For the first two years we were making faster uptempo music that was popular at the time under the name ‘Amani V.S Teapot,’ and Desert Dwellers emerged as a downtempo side project to that in 2001. As slower music started becoming more popular in America we rode that wave and retired our other project. We didn’t anticipate we would be leading a new edge in slower electronic music in North America but are certainly grateful to have been in the right place at the right time.

Would you guys describe your sound as a template for what the psychedelic bass movement has grown into? How would you characterize your relationship to that movement?

Treavor Moontribe: We consider most DD music to be one type or another of Downtempo and we don’t really resonate with the term “Bass Music”. Sure some of our music can fall into that category, but that’s only one part of what we’ve done over the years. We are happy to inspire others and we love being inspired ourselves and certainly at some points we’ve been inspired by the so called Psy Bass sound. Our new album is a complete departure from that sound though and in many ways goes back to the roots of the music Amani and I created together which is Tribal House, just a slower downtempo version of it.

Desert Dwellers has always sounded to me like a synthesis of the ancient and the futuristic. Is that something that you are actively mindful of when you’re producing?

AF: Mixing ancient sonic realms with the modern worlds has certainly been a primary theme that goes back to the beginning. We have a deep resonance and love for authentic World Music lineages and like to bring these into modern contexts no matter what genre we are exploring. For me, “Ancient Future” was actually my senior thesis in 1998 when I graduated from music school.

TM: The fun thing about what we do is that we can totally just step outside of that and do something completely different, also. For example, we just did a remix of Bluetech that has zero Tribal sound. Our remix of Loud and other artists don’t really have a lot of the World Sound, they’re really synthesis and tech driven. 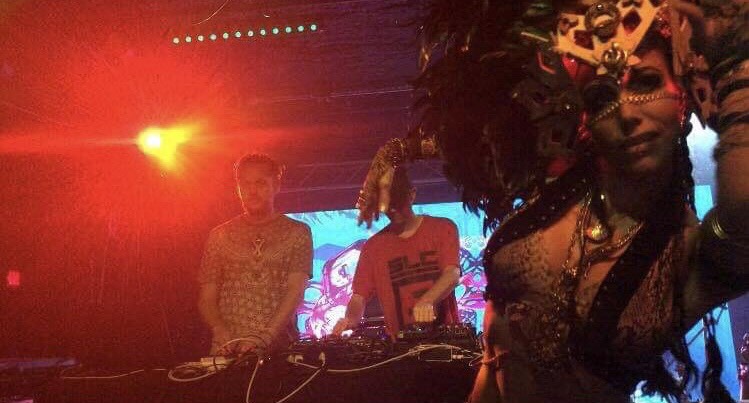 Desert Dwellers has been around for almost twenty years. That’s a long time for a musical act to stay together. What were your goals when you were first getting together and what are they now?

TM: Like we said earlier, Desert Dwellers started as a side project for our uptempo music. We just made a couple of chill out tracks and called it Desert Dwellers. We didn’t think that this music would become as popular as it did, so we didn’t really have many goals in mind beyond just making music that we liked and wanted to make. It was purely a studio project. We lived in different states, so we weren’t thinking about touring or anything like that. We just wanted to create something that sounded different. Now, I would say our goal is just to keep that going.

How do you feel about your latest album Breath topping the Beatport charts? Was it a goal?

TM: That was a goal that we intentionally pushed for. We worked with Beatport to secure promotions from them and did a free track download from the album; so they were very accommodating. We are very happy our fans responded and got us to the top spot!

AF: We also hit number 9 on the Billboard charts, which was really exciting. We didn’t expect that.

TM: Getting on the Billboard charts for a week was a big surprise for us and that felt like a really big accomplishment. The Beatport thing we tried to push our fans toward by offering free music directly to the people who buy it on Beatport. Our goal was to chart well on Beatport because our new sound, the sort of slow house sound, is very Beatport centric. We wanted to achieve success there and get exposed to the fans of that kind of music. Our current fans are going to find it anyway, right? So we wanted to reach new fans by reaching the people who vibe with that kind of music. We have three different remix albums in the works. We have one with the Psy-Bass artists who we’ve worked with for years, and new ones, and then we’re doing more house and techno ones to branch out into that scene as well.

What are some of the sounds you guys are passionate about now?

TM: We like a lot of the labels coming out of the slow-house field. Labels like Sol Selectas, Under Your Skin, and Lump Records; artists like Be Svendsen, Acid Pauli and these guys are making some really great slow house music. It reminds us of the music we made when we first started, just slower. But there’s also the uptempo sound of the techno and progressive artists that we really like too, so we are bringing some of them in to do remixes. It’s exciting because I think the remix albums are going to be just as well received as the original.