With the release of his new project, Facetious, Boulder artist Quinn Lynch better known as 5ve is helping pave the way for lyrical MCs in the Colorado rap scene. With a plethora of talented features on Facetious, 5ve is shining light on plenty of Colorado talent while simultaneously telling his story over instrumentals with influences ranging from jazz, soul, boom-bap 90s era hip-hop, and plenty of other genres. While DJ Gadjet supplies the cuts on the collab album, 5ve takes pride in the fact that he produced the project himself in his home-studio. 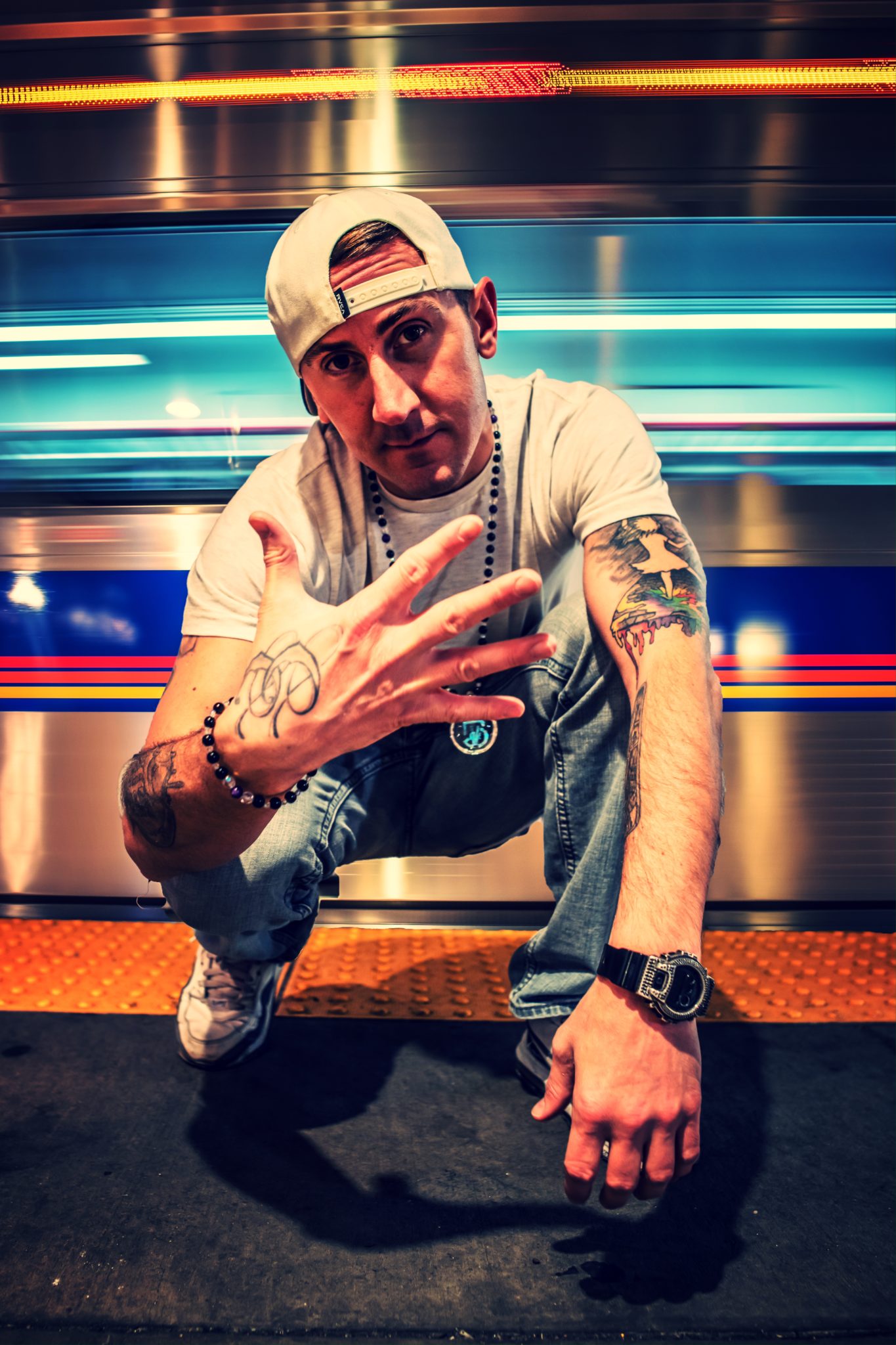 5ve’s songwriting on Facetious walks a fine line between goofy, light hearted punchlines, and heavier commentary on our responsibility as humans to treat each other decently. Much like 5ve’s personality, the album goes back-and-forth between making you laugh and making you self-reflect, maintaining its enjoyability the entire time you spend with it. Compose Yourself was lucky enough to talk to Quinn about his background in music, his new project Facetious, and some of the artists that helped make the project what it is.

So, what sparked your initial interest in hip hop?

5ve: Originally, the first thing I got into was the bass guitar; I picked it up when I was twelve. One of my first records was Beastie Boys: Ill Communication. That was when I was eight; it was the first record my mom got for me. So, I was introduced to hip-hop first, I think, before anything else. I eventually became a huge fan of 311, but I’ve always had an open palette for all kinds of genres. I was never limited to listening or wanting to create just hip-hop, until I got really into it. So I when I first picked up the bass guitar, I was wanting to be in like a 311 type band or a Rage Against the Machines, where a lot of my favorite bassists came from. Having an attraction to the bass guitar, I started taking lessons. So, I had a little training with that at an early age.

The first Atmosphere official LP, which was Overcast, blew my mind and opened my eyes to a whole different world of hip-hop. And that kind of captured me. That Atmosphere Overcast album alone. They were breaking the barriers of those times down, proving that music has no face, and that album helped push that agenda. Atmosphere was a huge influence, and then I tuned into the whole Rhyme Sayers label. Every artist on that label blew my mind and really inspired me and the kind of stuff I wanted to write about.

And how long after you picked up that bass guitar did you pick up the mic and put together your first track?

5ve: I picked up the bass around ‘96 or ‘97, right when I moved to Boulder from Georgia. My mom got me a digital 8-track recorder for Christmas with a little tiny keyboard on it. And a little mic. Super, super cheap mic. I made a lot of demo songs, hundreds of songs over the course of the next few years in my mom’s basement. Not taking it seriously at first, but I would lay back in the hammock in the backyard thinking ‘this what I want to do one day. I’ll be in my element on a whole different level, taking it more seriously.’ That happened in a huge way. I made a lot of demo songs and also met Audible Audities through that.

Audible Audities was my first group; we were friends from high school. It was me and two other guys and one of the sickest girls I’ve ever heard rap. My old partner Lindsey Seals, she’s a Boulder High cat. She’s the best female rapper I had heard locally. We were always an extended musical family with Whiskey Blanket. They played our first show with us which sold out the Fox Theatre. Sloppy Joe was actually a member of Audible Audities before he met and joined Whiskey Blanket.

My first branch off group after that, Glitta Kings, was with Funny Biz Jordan Polovina from Whiskey Blanket and Grim and Darling – that kid’s doing his thing, and Emma Badman from Sassfactory. Jessica Jones joined a couple years in. We only kinda put it on the backburner a little over a year ago when we all started doing their own thing. It’s been beautiful seeing how far everyone has grown. 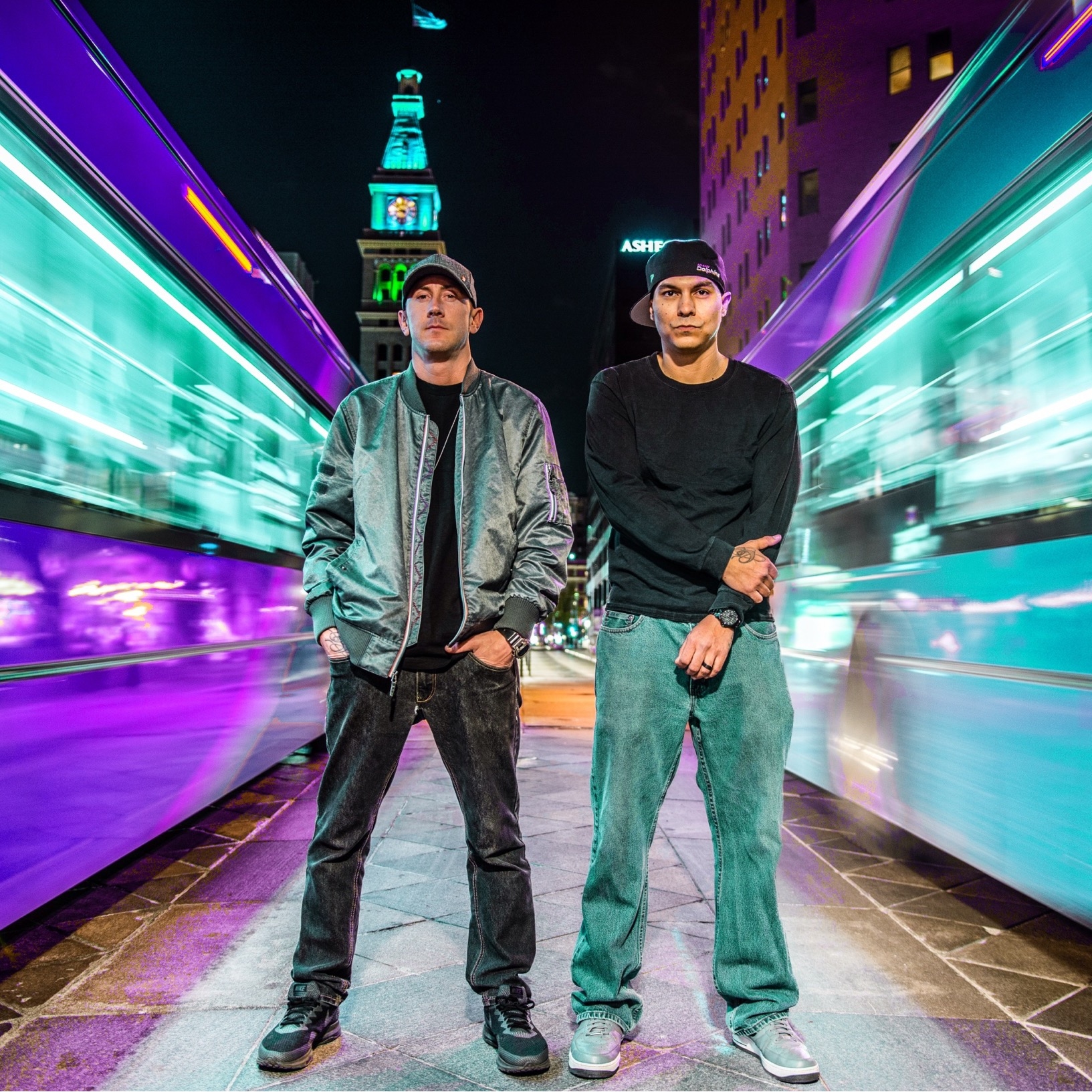 Tell me a little bit about the Universal Language.

That came about in a really cool way and at the right time for me. I was getting out of a three year relationship two summers ago – summer 2017. Pretty much the same day we got out of a living situation together, my boy Eli, an old high school friend and brother for life – reached out to me and was like, ‘I got this special movement going on – I’m starting a label.’ It was him and Phil Sisneros acting as the managers and the front runners of it. He wanted to reach out to me because he’s always supported my music, and I’ve always supported him with Proximity, his group. We grew up together, and he took me in with open arms. And at that point in my life, you know whenever you get out of those kinds of relationships you feel a little lost. And he picked me up right away and had of a new family to come into. We all worked towards diversity through music and speaking truth. It was very ‘no games take it seriously’, and it’s exactly what I needed. 2018 has been a huge year for Universal Language for all the indoor stuff, and I believe in 2019, we’ll get more into the outside stuff. There’s a lot to look forward to as far as stuff coming out. Music, videos, albums, all in the near future. But I think we’ll be utilizing the new year for more touring. Getting out there more. There’s always something’s coming up – just go to 5vemusic.com and see what’s up next.

How long have you been working on Facetious?

About a year and a half. Roughly. Well, the first track I made knowing I was making a new project was about a year half ago.

Did you start writing Facetious before you were signed to Universal Language?

I did, absolutely. Yeah, and getting signed gave me more of a purpose to finish the project. Deadlines really help me get more done. So I think I did ‘Push’ before even conceptualizing the name of the album. There were a couple beats that I pulled from old tracks that were originally from my first group Audible Audities, too. One of them featured Sloppy Joe. But to answer your question, there are beats that were written six years ago, but a vast majority of it was created in the last year and a half.

I know I’ll always be like that, that’s just who I am. And that goes back to kindergarten. I’ve always been like that. And whether you wanna slap the label ‘popular’ on it or not. I’ve always been popular since kindergarten, meaning well-liked, but not clicky popular. I always talked to different cliques, and they would come to me because I was down to just listen and be an entertainer, be goofy to anyone I came across. So, yeah, that’s helped me out throughout the years. In my own way, it makes me relate to more people

So tell me a little bit about the features on on the album. One thing that I really admired about it, is that there’s no shortage of female vocalists.

That’s cool that you think like that. I think people will love that aspect of it. In my mind, male or female, if you can rap, you can rap. Many rappers can’t say they’ve rapped with a really ill female rapper. I was lucky enough to have that experience within my first group. It’s exciting for me too – getting someone else excited, especially when they haven’t had a means to record or something. It’s kind of like a no strings attached gift for a gift. And meeting strangers is awesome if you do it right. But yeah, I have a few female MCs on the album. Including a singer named Summer Junell. She’s on a track called Strange Ways, I believe it’s the second track on the album. We have an interesting story – Gadjet and I did a hip-hop competition a few months back in the spring. Summer was there and ended up beating us in the finals of the competition. A few months later, I was figuring out what I wanted to do with ‘Strange Ways’, like who I wanted on it. A couple of the first features fell through, and I was like, ‘shit, I should pick up that chick who beat us in the competition.’ Kinda make it a way to pay proper respects to her. So she jumped on that right away and killed it. Also, just wanted to mention that half the purpose of the album is to showcase all my local favorite artists. Whether they’re playing the strings like Sloppy Joe, or singing like Jada Elise, anyone who’s proven to me that they’re dope in the area made the cut. But yeah, so half of the reason for the album is my way to give things back, too. Go and show support to people I believe in as much as I can. The other half I tried to achieve is more self-reflective. I tried to not only talk about experiences in my past that helped shape me, but also my stance on some of the evil shit happening in today’s world. Not saying there aren’t beautiful things happening too, but speaking truths about life in general has always been important to my writing. Having the ability to tell my story while still incorporating some of my favorite artists on this project was really important when putting (Facetious) together. 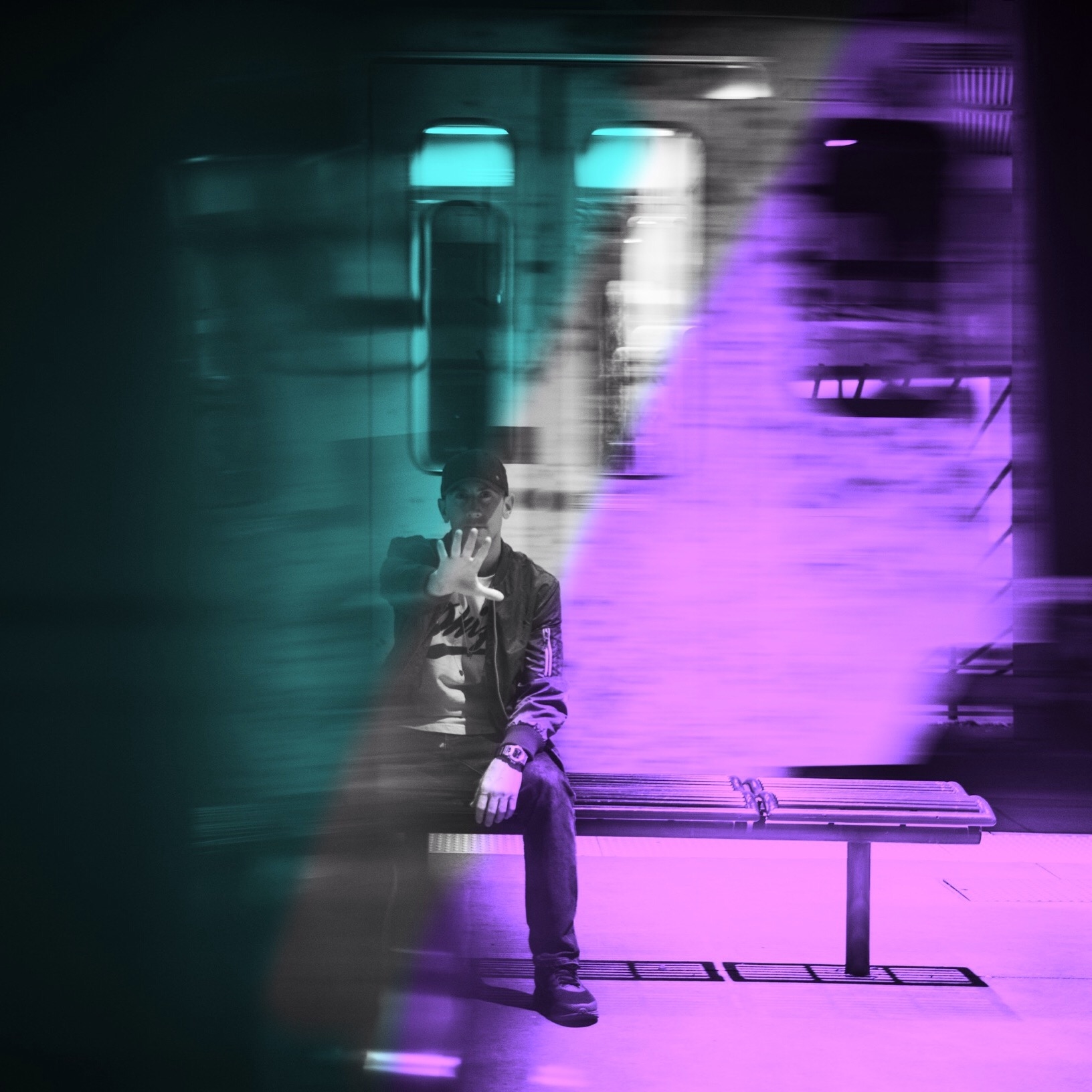 I liked recording ‘Strange Ways’ a lot. But ‘Push’, I really got into. And hopefully you can hear it through my delivery and the energy behind my voice on the actual song.

Where where was most of Facetious produced?

I produced it here. Emma Badman from Sassfactory, produces, mixes, arranges – she’s responsible for the song ‘LA SIESTA’ which is right in the middle of the album. But yeah, I take pride in saying I’ve always produced my stuff in-house, since 1998. Well, I’ve never really mess with any other producers. About twenty years of just producing my own original stuff. My creative control is a hundred percent besides mastering.

What are your three favorite shows that you’ve played like throughout your career?

One – opening for Naughty By Nature. It was at some saloon; super under promoted show, but it was a crazy experience. My favorite, or most impactful, would have to be the first show I ever played, which was a sold out show at the Fox Theatre with Whiskey Blanket. That’s how I came into the live music life. Yeah, so that felt like a pivotal point. I also had a lot of fun opening at that Kool Keith show.

Any upcoming shows you’re excited for?

I’ve got a festival in Oregon coming up in May, 5ive Fest. Should be dope, Small Hands is on that one too. Other than that, I’m opening for The Pharcyde at Ophelia’s on Jan. 12th with Gadjet. Definitely looking forward to that one.