Denver artist Brisco Jones’ performance and production style is the result of crafty turntablism fused with elements of deep bass music and hip-hop. Originally from NYC, Jones moved along the east coast before his permanent relocation to Denver. From playing weddings and house parties to throwing down at some of the most popular venues in Colorado, Jones’ journey is one of commitment to his trade and has resulted in some big career moments. 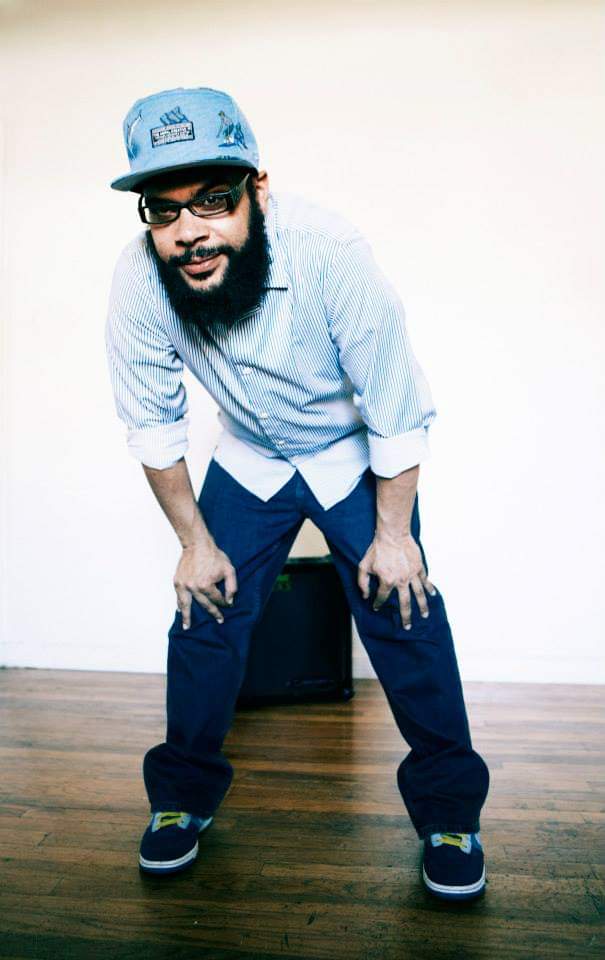 Whether it was opening for Chali 2na at Cervantes’ Thanksgiving Re:Search event, or getting things warmed up for Bone Thugs-N-Harmony at the Belly Up in Aspen, Brisco has aligned himself with some of the most influential figures in hip-hop. This is no surprise if you’ve seen his live show or checked out his SoundCloud. Jones’ ability to combine golden era rap cuts with wobbly deep bass instrumentals gives his sound a vintage feel matched with the high energy of bass music.

If you have ever had a conversation with Brisco, you quickly realized he is among the most humble and supportive Colorado artists. Always willing to bring his homies up, Brisco is an excellent resource for turntabalists of any skill level looking to improve their game. Compose Yourself had the chance to catch up with Brisco about his background in music, upcoming Grassroots hat, and future releases.

Compose Yourself: Where are you from originally and how did you make your way out to Colorado?

Brisco Jones: Well I was born in New York City, and I grew up in South Carolina. In my adult life, about 6 years ago, I moved out to Colorado. I’ve always been kinda drawn to Colorado, Denver specifically. But I think it’s benefited me a lot musically.

Did you play any instruments growing up? What sparked your interest in music?

Brisco: My first instrument was violin, and I used to play clarinet back in the day. My pops was a drummer, so I had early exposure to that as well. I feel like that’s why I’m so rhythmically oriented – because of my pops. I also had like five different rap groups throughout my high school and junior high career *laughs* I thought I was going to be Jay-Z

How do you think these different aspects of your childhood and adolescence influenced the music you make/play today?

Brisco: Man, I feel like everything that happened to me throughout life has influenced me. I’ve gone through a bunch of different phases of music, and all those experiences helped form what I am today. They say ‘no idea is a new idea’, so I think I’m just the regurgitation of a bunch of old, really good ideas. 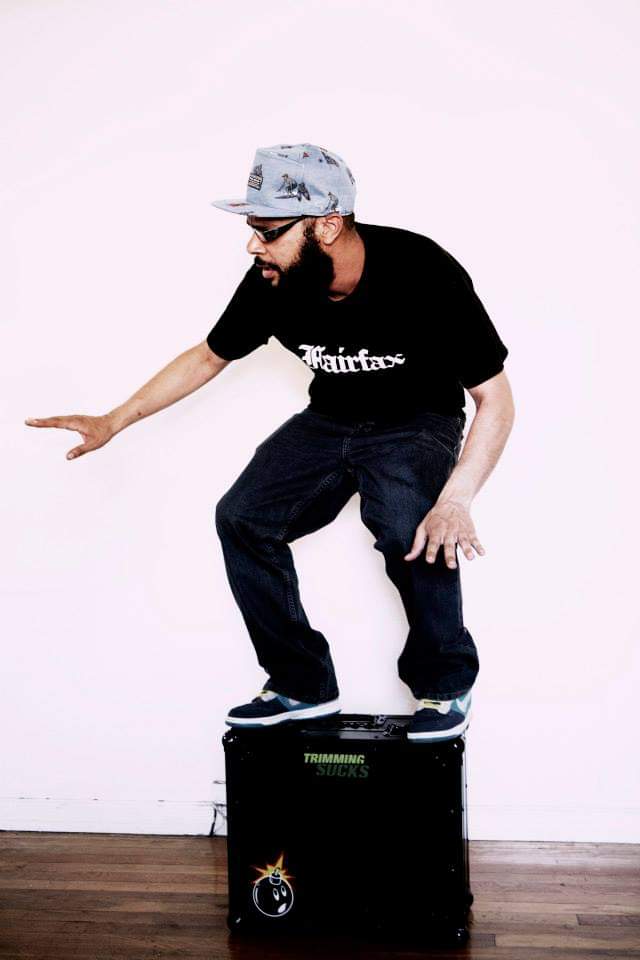 What have been some of the biggest changes in your performance setup over the years?

Brisco: Well, going from analog to digital was definitely the biggest change. Not that I wouldn’t use an MPC now, but going from all analog gear to being able to use Machine to do pretty much anything in a matter of minutes has made life much easier. Before the switch, it would take so much time to get through that process.

How did you get involved with Grassroots?

Brisco: I actually got invited to play a hat signing party at Grassroots for Boombox years ago. Kruza got invited to play the same show. We ended up just jamming that night and the Dirty Gemstones were born. They’ve always booked us for awesome gigs, they’re the homies and it’s nothing but love for those guys.

Tell me about the Brisco Jones hat.

Brisco: We’re gonna keep it sleek and simple. I want it also to reflect me as a person. I want it to be a dope hat regardless of if you know who Brisco Jones is. Grassroots has so many dope hats, so we’re trying to create a design that stands out from the rest of their styles. We’re looking at March for the release, but no confirmation on a specific day yet.

What have been your three favorite shows since moving out to CO?

Brisco: That’s a tough one…opening for Chali 2na would have to be number one. KRS 1 was also really dope, did that one with the Gemstones. Anytime I’ve played with Late Night Radio. Opening for Bone Thugs with The Party People was also a really good time.

Brisco: That’s another tough one..scratch DJ wise, I would Gang Starr, Keech Kawaguchi, Chris Karns, DJ Premier, D Styles and DJ Scientist, No ID from Chicago, Dilla but that goes without saying. Electronically, I like Late Night Radio, Maddy O’neal, Project Aspect is a huge influence – really just the legendary people around me. MC wise, Kruza Kid blows me away, Nas, Slug, Aesop Rock, Kendrick of course and J Cole, Goldlink is really ill too. Anderson Paak too, but he does everything.

So who are some of your favorite artists to join on stage?

Brisco: Mikey Thunder, Maddy O’Neal, Kruza Kid of course. I’ve played some dope shows with Looney Ando, he’s the homie. Jordan Polovina is always fun to have up there. Etcha Scratch, Charlie Swan, DJ Stretch. We were actually the founders of the Colorado Scratch Committee.

Tell me a little about the Colorado Cut Committee.

Brisco: We’re kinda just four DJs that came together to hold down the Colorado scratching scene. It has kinda turned into more of a state-wide conglomerate for turntabilists in Colorado. If you’re scratching in Colorado, you’re part of the Colorado Cut Committee. We’re really just trying to help build a community here.

Tell me a little about Mile High DJ supply.

Brisco: DJ Hijinxs is a friend of mine, he opened up the shop a few years ago and I’ve always gone for the scratch sessions. I’ve just watched it grow, and in the near future I will be teaching some classes there. They’re gonna be novice to advanced, so really any skill levels are welcome. 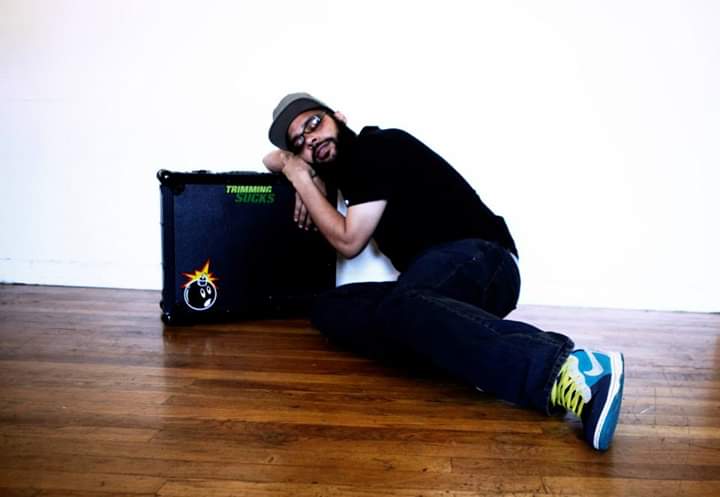 So what new music do you have on the horizon?

Brisco: I have a mixtape dropping soon that’s basically going to be a compilation of a bunch of originals and remixes; it’s going to be called Sunset. Every track on there is either an original or I remixed it in some way to fit the project. It’s got a bunch of homies’ tracks and some of my own; it’s basically a precursor to my album that will come out after.

So the solo project is coming after this mixtape, and I actually have two other albums that I’m working on. One project is with the homie Seppe March, and we call ourselves “The Lobby”. It’s jazzier, sexy bass music. More melodic and more groovy, but still very bass heavy.

We also have a Dirty Gemstones project coming out, so Kruza Kid and I have basically an EP of stuff that we’re almost ready to release under our duo name – Dirty Gems. We’ve always had this weirdly comfortable energy while playing together, it’s always felt very natural.

Tell me a little about the solo project.

Brisco: It’s gonna be some bass music, but definitely hip-hop influenced like a mother f*****. That’s just my roots, but it’s a bass album for sure. There are definitely elements of funk also, but electronic oriented.

Any shows coming up that you’re excited for?

Brisco: I do, Kruza and I are playing a Dirty Gemstones set for the Angry Neighbor 2 Year Anniversary on Jan. 24th at the Black Box. Other than that, I have some other things on my radar but nothing I’m allowed to talk about. Just keep your eyes peeled! 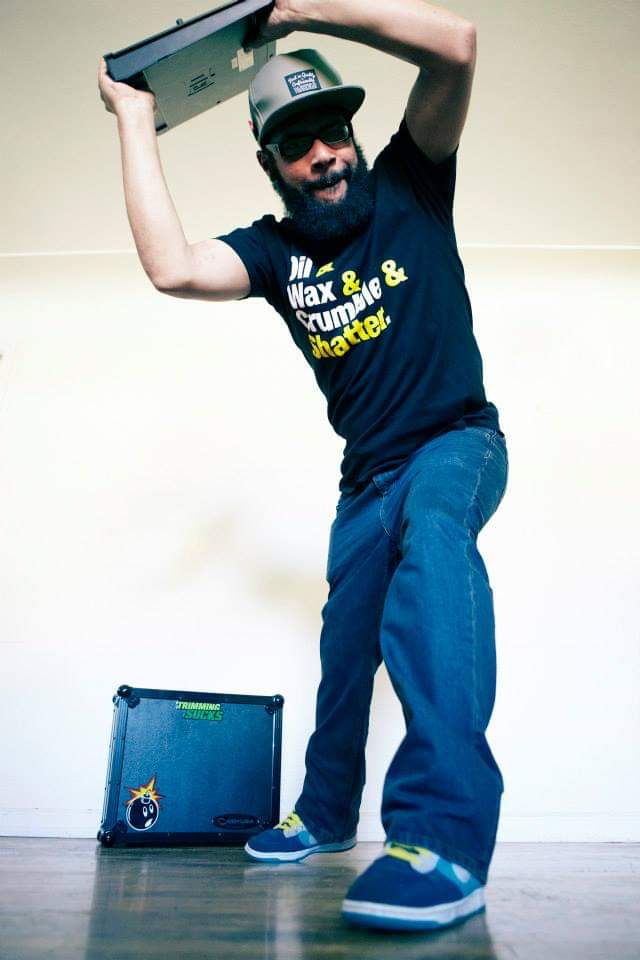