The Floozies’ genre-bending sound is best appreciated up close and personal. Their ability to blend live instruments with electronic mixing and appealing samples is unparalleled. Like most great artists, the live experience offered by the Kansas City duo, made up of brothers Matt (guitar) and Mark (drums), adds a whole new dimension that cannot be captured simply through a pair of headphones or car speakers. Most importantly, these guys have more fun on stage than most. Their smiles are as infectious as the electro-funk they pump from their souls, but don’t take my word for it, East Coast Heads have the chance to feel it for themselves on December 7th and 8th at the Paradise Rock Club.

For the first time in their careers, the Floozies have brought along a live jazz ensemble for their most recent tour. They’ve dubbed it the “Crown of Horns” Tour, and for good reason. They’ve teamed with Terminus Horns, a renowned collection of brass players from ATL who have jammed with everyone from Josh Groban to The String Cheese Incident. Boston is fortunate enough to host the final stop of this most recent tour, which has spanned much of the fall and covered cities nationwide. 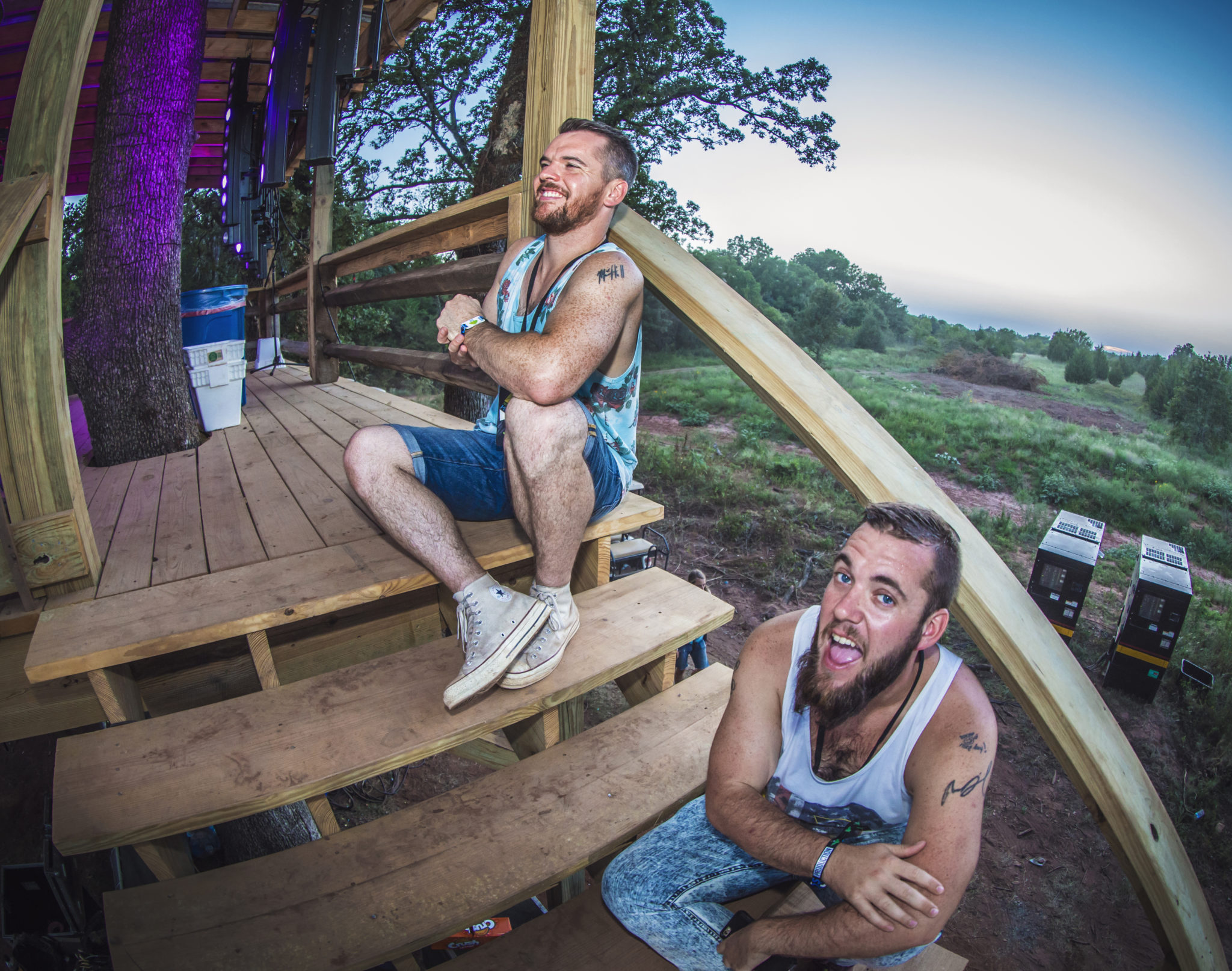 As we get ready for the duo’s return to familiar territory, we had the privilege of asking Brother Mark some questions about their Boston connections, a deep-dive into their creative process, fast food bathrooms, and their relationship with Terminus Horns.

Compose Yourself: Where have you visited in Boston so far? How many times have you been to the city?

Mark: We’ve been a lot of times. And we’ve been to a lot of places. Starting back when Matt did some guitar school at Berkeley, and I came and visited as well. We’ve since played there a bunch. Love it. I always go to the same barber shop and tattoo place called “Boston Barber and Tattoo Co” when I’m in town for a couple tattoos and always a great fade.

Obviously, Boston is a big sports town. What are your favorite teams and athletes?

Lebron James. Since we are basketball fans (both playing and watching), Lebron James is a big deal for us, as well as countless other impressive players.  We are from KC, so Kansas City teams. But we both really just appreciate seeing people do what they are best at and witnessing greatness.

What are some of your favorite venues that you’ve played in town?

You guys famously remixed “Africa” by Toto. Did the cult status of the song influence your decision?

We made that remix a really long time ago, and it wasn’t much of a cult status thing back then. If it was, I was unaware of that–it was just a song we liked and we wanted to make something cool with it. It’s really fun to play!

Another personal favorite of mine is your remix of “Just My Type” by Saint Motel. Do you hear a jam you like and simply decide, “let’s hop on it”, or is the decision more deliberative and premeditated?

They actually asked us to do that one, and it is still one of my personal favorites.

“Do Your Thing” was a big album for me. One of my favorite moments off the song “Fantastic Love”  is your choice to splice in Mugatu (from Zoolander, played by Will Ferrell) as he shouts FANTASTIC! Does the bite lead to the song, or do you have the song composed before you throw in the sample?

Matt does all that stuff and unfortunately, I don’t know for sure. But I will say that, if I remember correctly, vocal samples get added later. Basically, we make the music and if it grooves, then we’ll get down to the tedious stuff like vocal samples and builds, etc.

Does the process change for songs where the sample is more fundamental to the beat (Like Hozier’s ‘Take me to Church’ on FNKTRP, or Notorious B.I.G. on Like Butter?

Funny that this question kind of squashes the answer above… but I think it mostly holds true. I remember FNKTRP being an incredible song to me before the vocals were even added.

How do those samples influence the creation of the larger whole?

It really all came together on FNKTRP. I usually take a little groove drum solo on that one cause it gets me hyped. Same thing with “Like Butter”, I think Matt just really flows after the song takes off. So yeah, things change once the sample is in there, but Matt is just a perfectionist and it starts with a groove and ends in a 100 track orchestra of changes and edits and what I consider beautiful music. 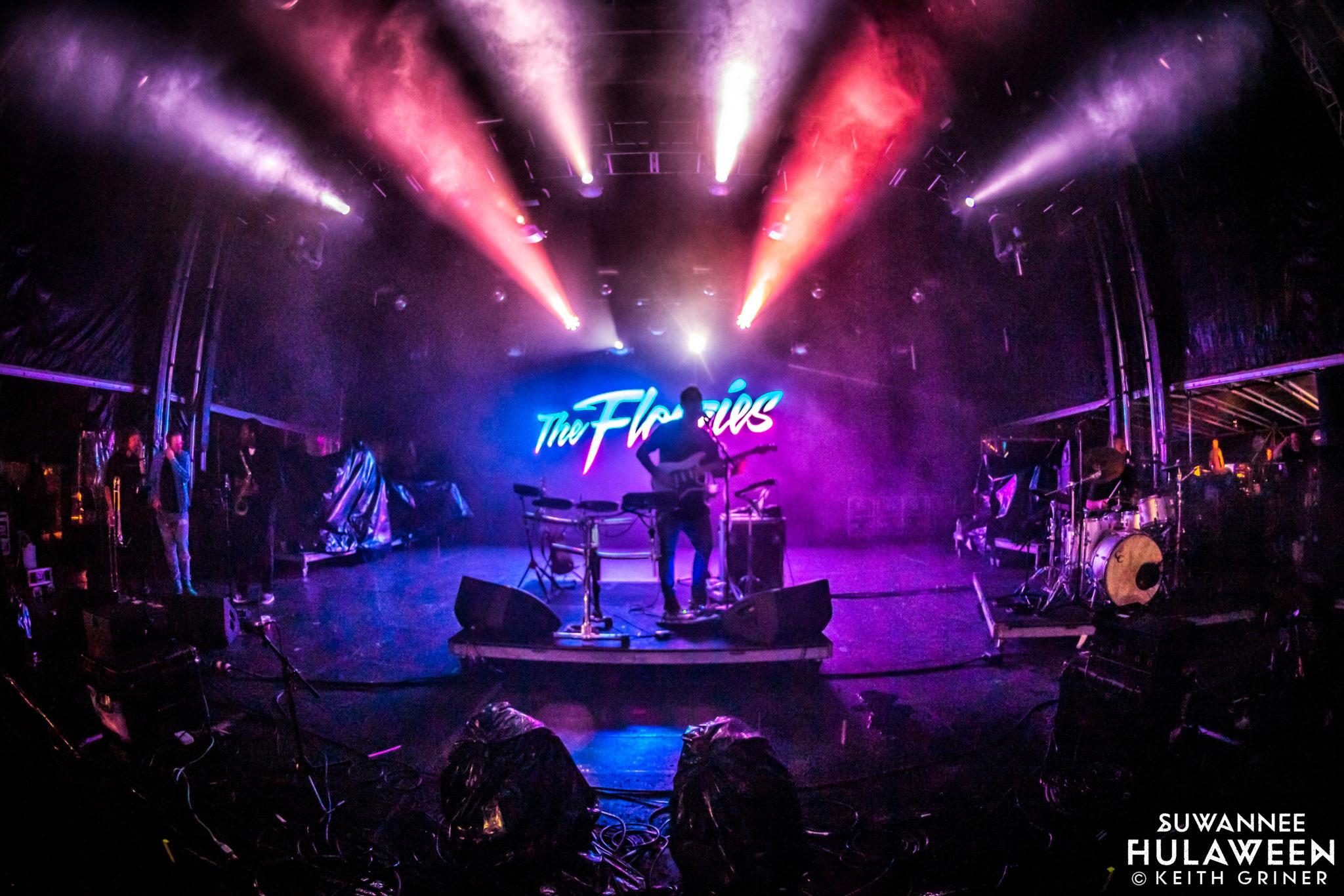 Have you had any moments where you felt disconnected from the creative process?

Oh yeah, for sure. Taking breaks is always healthy, and we tend to roll with inspiration as it comes. I think we inspire each other because we’re always using the other to bounce ideas off of.

How do you break out of a creative funk?

Playing basketball has always been a great way for us to work through ideas together. Lifting weights, being healthy, and getting sleep have also always helped us come back to creating. You have to feel good. Movies, music, art–we’ll actively seek out that stuff we’re passionate about to help us stay inspired.

I have an outrageous opinion question–why get busy in Burger King’s bathroom?

Ha, that’s a sample my brother! We didn’t get to decide where he got busy.

How would you rank the fast food bathrooms based on which one you’d most like to get busy in?

Taco Bell is the favorite of pretty much everyone in the crew. That extends to bathrooms. For me personally, I’m a Starbucks bathroom guy. I still remember the bathroom code for a Starbucks in Colorado. I love the consistency, cleanliness, and cold brew. I used to joke about writing a book called: “Pooping in Starbucks: My Life on the Road”.

Speaking of life on the road, what region would you most like to next unleash the Floozies “sound” upon?

We get to play such lovely places, and I’m always looking forward to returning to each one. I have all these favorite memories from each city. I feel very fortunate that we’re able to travel. We always try to bring our best energy, even though we play every night on tour, the people deserve our all. As far as going to new places, we definitely want to do Europe.

When it comes to where you visit on tour, how much is up to you?

It’s a team effort. That’s kind of a hard question… we have great management and a kick ass agent so they all do their jobs and we mostly do ours.

In terms of the current “Crown of Horns” tour, when did you first meet Terminus Horns, and how was pitching them on this assignment?

They made a remix of one of our tracks on YouTube and a fan tagged us. We reached out, and the rest is history. They’re lovely humans–very talented, hard working guys. They write well and play what the music needs and not just what they want. That attitude led us to wanting to work with them more. Love em.

Finally, if you could jam with one artist–dead or alive–who would it be?

I think Prince… but maybe in a studio setting, not just a live jam. I would love to make music with him jamming, and writing too.

Pick up tickets for The Floozies’ Crown of Horns Tour here!