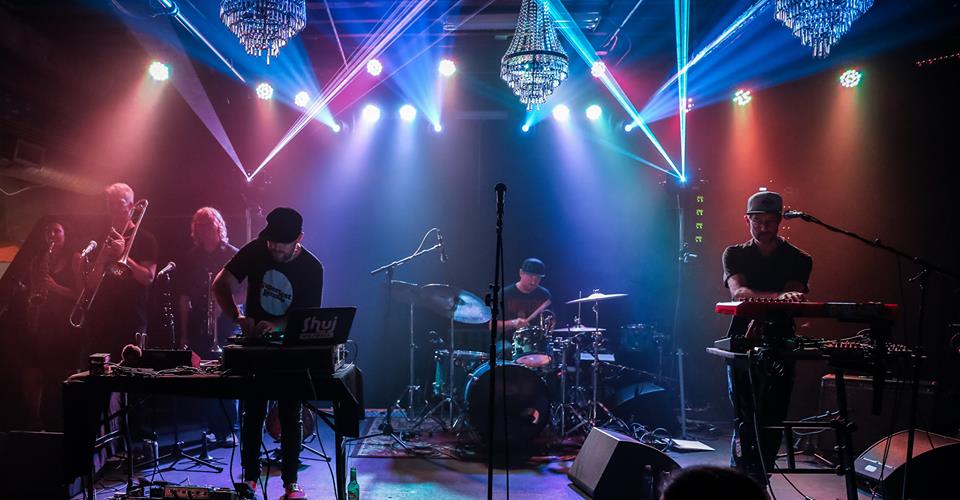 Inspired musically by electronic instrumentalist pioneers, STS9, Cooley attempts to play with his live band, the Shuj Roswell Experience, whenever possible. The Experience includes live horns, additional synths, a turntablist, and his MC J Shook; Cooley’s drummer, Eric Imbrosciano, is a core member and joins him for all Shuj Roswell shows. In preparation for his show at Quixote’s True Blue this Saturday (10/20/2018), Compose Yourself sat down with Cooley to talk about his approach of music, his time in the industry, and what new music we can expect from him. 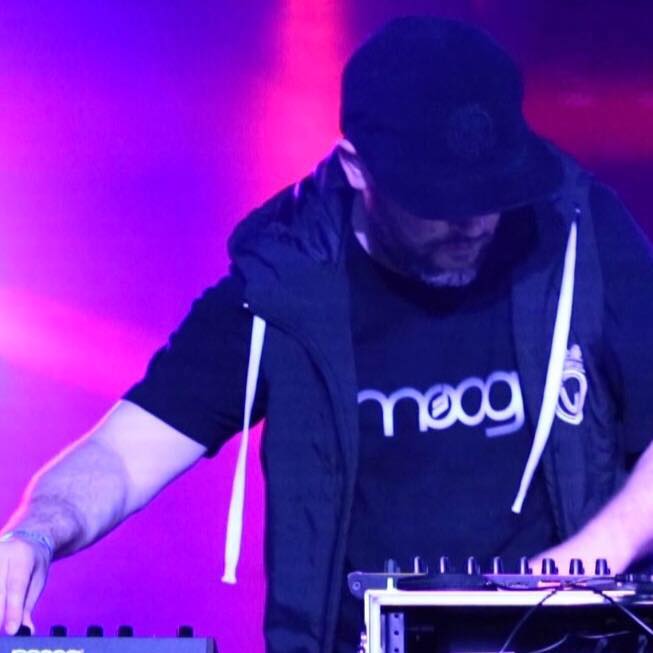 Compose Yourself: Thanks for taking the time to speak with us Mark! When did you first start producing music?

Mark: Absolutely. I got a bootleg copy of Ableton Live in 2006 which was a result of seeing my first STS9 show the year before. I was in awe watching them combine these electronic sounds with live instruments and felt compelled to do the same. Around the same time, a friend of mine had mentioned that he was grabbing his drums out of storage to jam with this guy who played bass. He suggested I bring my guitar over and jam with them. A few years went by and the next thing I knew, I was on the road, touring in this electronic band, called Gravity. We played, toured, and recorded over three years until our keyboard player decided to move on. We evolved and continued performing for another year as a 3 piece called, Gravitron. I’d say we were very similar to what Sunsquabi is today. Eventually Gravitron broke up, and I was really depressed. It was like a punch to the gut. I decided to buckle down and hone in on my craft which led me to purchasing a Moog voyager. From there I started learning analog synthesis. I drifted along for the next several years making remixes and a few original tracks to help satisfy my urge to create. Fast forward to 2014, I found myself at another Sound Tribe show on NYE at the Fillmore. I’m watching this band play and thinking to myself, ‘Mark, what are you doing? You need to get off your ass and write an album.’ I got organized and within 6 months, I had written, Flying High Above the World.

Sounds like quite the journey from back then to now. So who are the members of your live band, The Shuj Roswell Experience?

Mark: Well, there’s Shuj Roswell and then there’s The Shuj Roswell Experience. The former is comprised of two core members, myself and my drummer, Eric Imbrosciano. I also have a live band I call, The Shuj Roswell Experience. In addition to Eric, I add a three piece horn section comprised of Matt and Mark Wilkolak on trumpet and trombone, and Sarah Mount on saxophone; because what is a band without saxophone, right? Adam Revell sits in on Keys, Mikey Thunder on Turntables, and then my MC, J Shook.

So where did the name Shuj Roswell come from?

Mark: The name Shuj was the name of my best friends cat. Roswell came from an episode of Ancient Aliens. They were talking about Roswell, NM and I started saying the two names together and thought it had a nice ring to it.

How did you get involved with Super Best Records?

Mark: So Ginger Perry and I go way back and she introduced me to Brian Lindgren (Mux Mool). We started hanging out and jamming and one day I mentioned that I had this album I had been working on and asked him if he’d give it a listen. He did so then I invited him down to the studio to one of my recording sessions. I think he took a lot more interest in me when he saw what I was working on. I asked if Super Best was looking to bring on any new artists and he said they were. He set up a meeting between Michal Menert and I but before that could happen, I found myself in the green room at a Cervantes show with Michal sitting next to me. We had met several times before but I reintroduced myself and he looked at me and said, ‘Oh, Mark! Shuj Roswell! You have some music to play for me!’ I said, ‘Yes sir!’ We ended meeting up in the ‘Spacement’ (Michal’s recording studio in his basement) and listened to my tracks. He liked what he had heard and as I was walking out the door, I asked what’s next? He said to send over my info and they’d get me added to the Super Best website. I said, ‘cool, sounds good’ but in my mind I was thinking, ‘Yaaaaassss!’ Super Best had a lot going on back then. I was a big fan of Artifakts and Garret had just released new music on the label. Krooked Drivers were killing the scene too. I just felt that Super Best was the right fit for me. They used to do this Super Best night at the old Knew Conscious art gallery.  They wouldn’t reveal the line up so you just had to go down and see. You didn’t know if it would be Michal, Late Night Radio, Mux Mool, Mikey Thunder or Seth, AKA The Beat Server. There were impromptu jams, crossovers from SBR and MHSM, and super jams. Those were fun times. So bringing this full circle to that first question, David Murphy was living in Boulder doing his thing post STS9, and I was talking to my studio engineer at Side 3 studios. He told me David had been coming through the studio and suggested I ask him to play bass one of the tracks we had been working on. David checked it out and ended up recording on the title track, ‘Flying High Above the World’. So then, the first time I played Knew Conscious, I gave Dave a call and asked if he’d be interested in coming down to sit-in with me. He was all about it. So full circle, ten years after seeing tribe at Red Rocks, I end up working with David Murphy, and got to perform with him. Crazy! 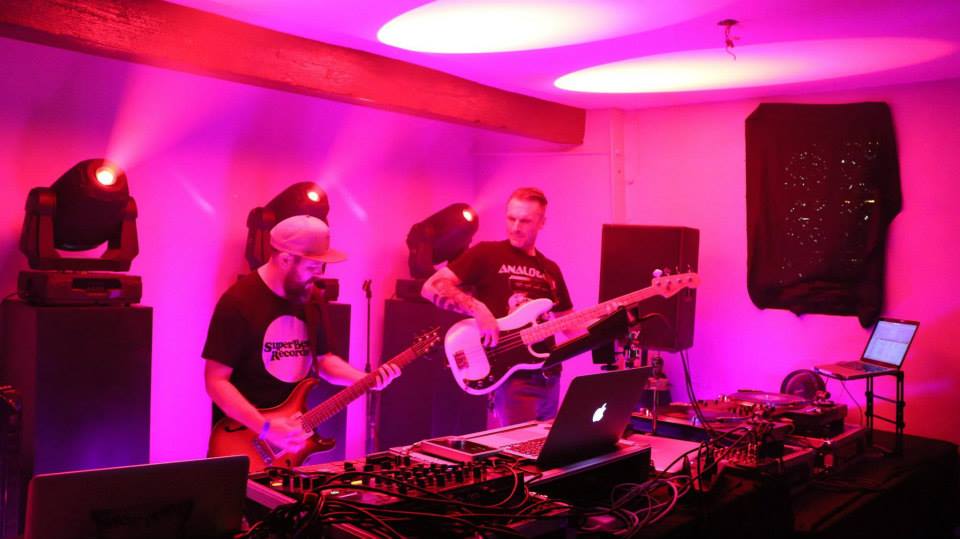 So what have been the top three most fun shows you’ve played?

Mark: Touring through the mountains with Michal Menert and the Pretty Fantastics was a rowdy good time. Opening for Thriftworks at the Aggie was a lot of fun. Playing with Daily Bread was a pretty special experience too. Rhett is on fire right now and I have a ton of respect for him. RE:Search with Exmag was an amazing time too! Exmag has been a big influence on me and I got nothing but love for what they are doing.

What new music have you been working on?

Mark: I actually have a new album in the works. The working title is Setting Fire to the Stars. I’ve got 12 tracks recorded and we’re in the final stages of post-production. Michal Menert, Jordan Polovina, and Nick Gerlach will all be featured on this one, too. I’m stoked to finally be working with Tyler Unland on this production as well. He’s got a very keen ear and does so much more than your average sound engineer. He’s worked with a lot of the homies. Michal Menert, Marvel Years, So Down, Late Night Radio, Maddy O’Neal, and The Party People to name a few. I’m about to switch up my focus and start a three-song EP as well. I got this urge to get Eric in the studio to record him on drums. He’s a phenomenal hip hop drummer and I want to give him a stage to shine on. I’d like to take his beats then layer in some bass lines and modular synth loops on top. No sampling. Something super minimal and chill in that 78 – 85 BPM range. Other than that, I got a remix of AC/DC’s ‘Back In Black’ that I’m pretty excited about.