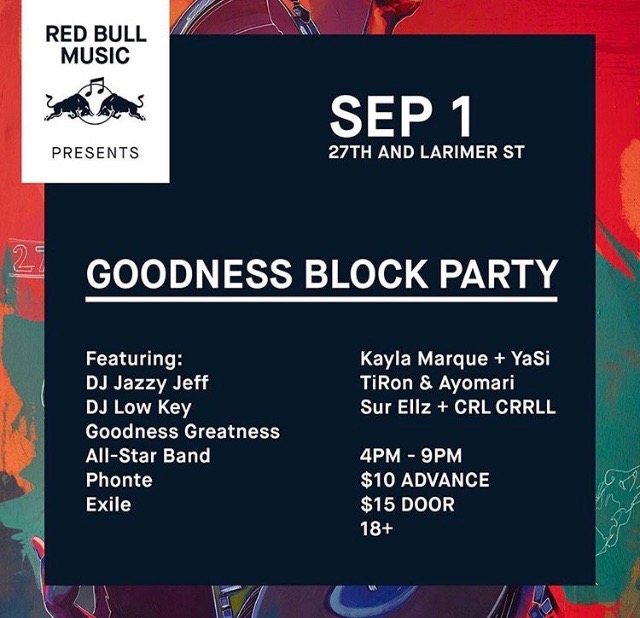 Now in its 7th year, it’s clear to see why Goodness Block Party is such a prominent staple in Denver’s music scene. As the longtime host of the event, Meadowlark has kept the city’s jazz and hip-hop realm happily fed for years, creating a beautifully tight knit community of music lovers intent on empowering one another in the name of hip-hop. Tickets were only $10 in advance, so it was no surprise that this was the hottest show of the evening. yet it didn’t keep the common passersby from inquiring about tickets after the event sold out at doors. Local singer and Redbull artist YaSi set the tone early on with her delectable RnB melodies, serenading the bustling RiNO block while the festival began to fill. As the night rolled on we made our way to the front of the stage to take in some of the live arts happening on the sidelines. We even ran into one of our favorite local painters, Jaime Molina, who was spending most of his evening beautifying a recent piece. He’s become popular for his imaginative large scale character pieces, but this appearance at Goodness showed him working on a smaller yet extraordinary piece for us to feast our eyes on. Eyeing the stage, we tuned into a performance by CRL CRRLL who had the crowd hooked and swaying to his passionate neo-soul productions.CRL CRRLL provided an outstanding experience that was perfectly fitting for what was in store.

The live debut of Goodness Greatness All-Star Band was extremely well-received and worthy of the hype. Phonte, Exile, Qknox, Stro Elliot, Dameion Hines and others were apart of hip hop talents,  performed against a cotton candy sunset with the sold out crowd bobbing along in unison and harmony. Special guest Blu even shocked the masses by appearing alongside Exile. Executing an outstanding performance of soulful jazz, hip hop scratching and gracious flows, Goodness Greatness Band were pure excellence. 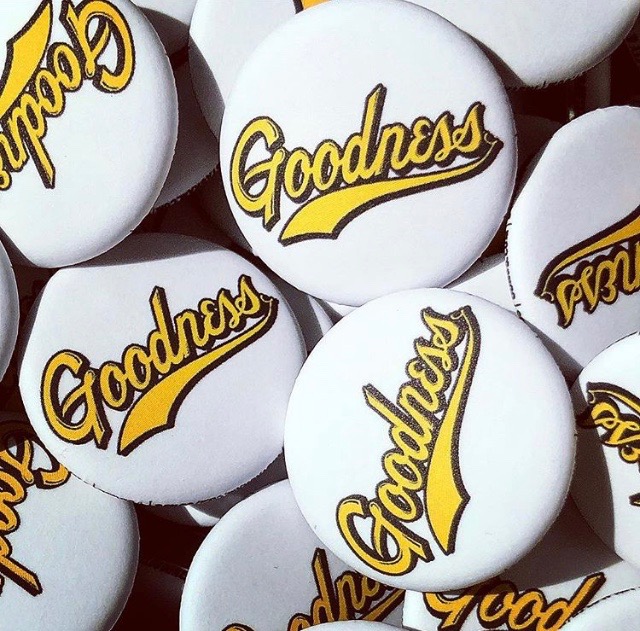 Wandering to the street during intermission, I’d hear disappointing mumbles of “Wait, Jazzy Jeff is here tonight?” every so often, and I found myself feeling sorry for those missing out. There were several events happening within the same stretch of downtown, but on this day nearly everyone was gravitating towards the hip hop beats. Once the legendary DJ Jazzy Jeff hit the stage, the crowd erupted. He played an upbeat set balanced with old school tracks and party anthems, and we soaked up every second. It was a rare night in flawlessly good hip-hop, and we all rejoiced in appreciation. A highlight was an epic DJ scratch off battle between Jazzy and Stro Elliot – screams were so loud that it was almost deafening at points.

Goodness Block Party brings the community together to experience the best of Denver’s culture, and its one of its biggest life lines. By curating these events, Gdnss is responsible for connecting and unifying the people of Denver, and we’re beyond grateful for their love of the music. Until next year, we’ll be keeping the Gdnss vibes alive and paying it forward. 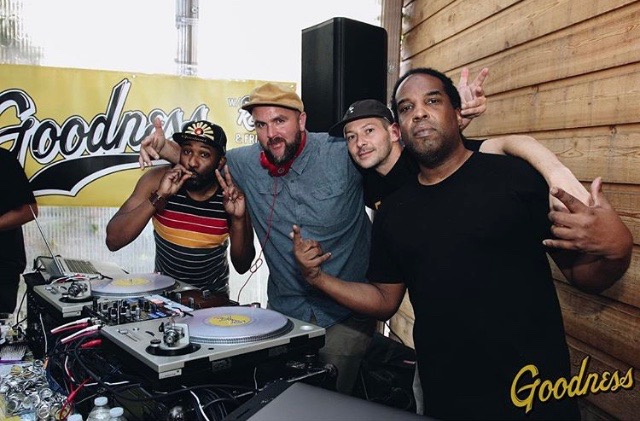