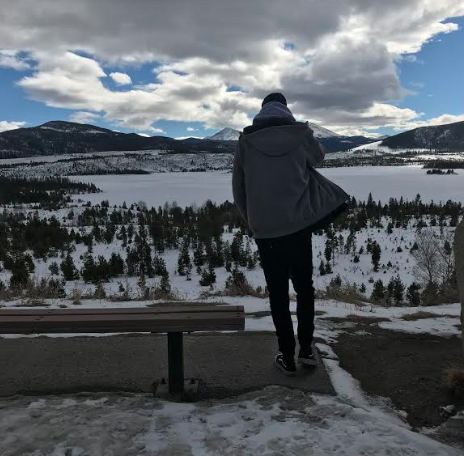 From releasing new music and touring to writing and illustrating a children’s book, 2018 is gearing up to be a big one for ProbCause.

Fresh off his Colorado tour with Break Science, Chicago rapper ProbCause has already kicked off the year with a bang. ProbCause (Colin Grimm) is a lyrically gifted MC repping Evanston, Illinois. Known by many from his collabs with artists such as Chance the Rapper and Griz, Prob’s been gaining traction and growing his fan base exponentially while still finding time to work on a plethora of side projects including creating goofy, animated cartoons with Gibbz and writing and illustrating his own children’s book. His energetic music often incorporates party-dub instrumentals, but that doesn’t mean he can’t address serious issues on other tracks while still keeping the groove moving. 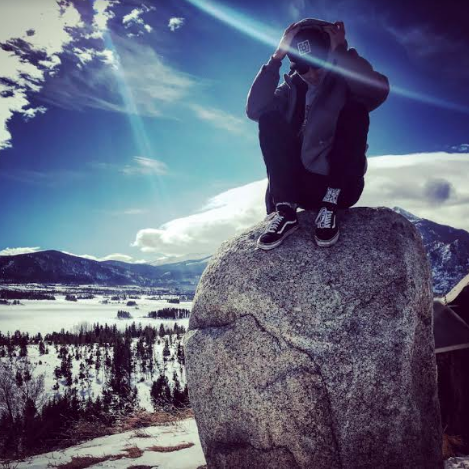 Before his set at the Fox Theatre in Boulder, Prob took a few minutes to speak with Compose Yourself about his creative process, artistic projects, and upcoming musical plans.

CYM: I noticed that your first three projects have food-related titles. How are your cooking skills?

ProbCause: They’re not bad bro! My girl is vegan so I had to up my vegan chops a little bit, but you know, I’m a very surface level cook.

Prob: My specialty? Man, I can make some dank cauliflower chicken wings. I make a mean veggie soup too.

If you weren’t a rapper, would you pursue art or cooking?

Prob: Definitely not cooking haha. Yeah I would be pursuing art more. Definitely more animation and painting. I think I would branch out a little more in the art world.

What classes did you take at The Art Institute in Chicago?

I read that you sometimes think of lyrics while painting. When that happens, do you think the lyrics you write are a reflection of the painting you’re working on?

Prob: I don’t know…maybe subconsciously. It’s just something I’ve always done. Like when I’m drawing, it just gives me something to do so I’m not so inside my head. So I don’t think they consciously relate to each other, but I’m sure subconsciously you can find connections between what I’m writing and the images I’m making or the colors I’m using.

Tell me about Rodger’s Park.

Prob: I’m actually writing a children’s book called Rodger’s Park. It’s also the neighborhood I live in. But ya, it’s a story about this kid, Rodger, and this park he discovers to get away from the city. It’s like his escape from being in the middle of Chicago. It’s his nature escape – I wrote it already and I’m just working on the illustrations.

Any other projects outside of rap that you want to talk about?

Prob: In the animation world, me and Gibbz have this character, Vinnie the Squid; he’s basically a disgruntled tour manager that claims he wrote all these hits back in the day for the Rolling Stones and Beatles and shit. We have a couple clips that you can find online, you should look them up. 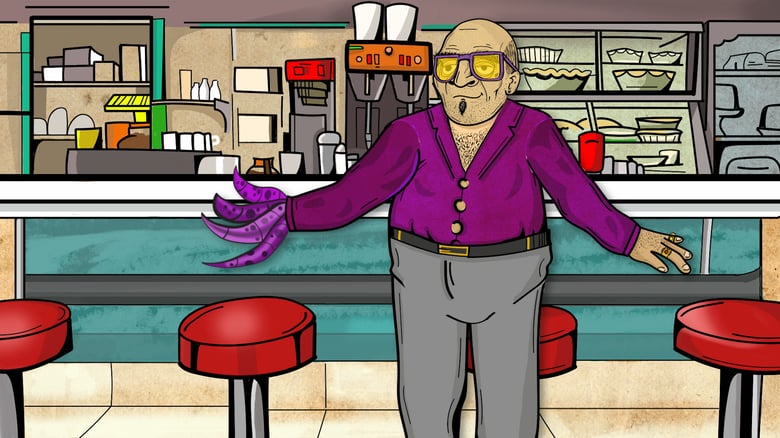 Who are some of your favorite rappers coming out of Chicago?

Prob: Saba is definitely one of my favorites, Smino is a favorite as well, even though he’s a St. Louis transfer. Mick Jenkins is a beast, Chance obviously, Noname, Psalm One is dope, Ravyn Lenae is a really good singer.

Who are some of your favorite rappers outside of Chicago?

Prob: Well, my favorite rapper ever is Red Man. But if you’re talking new artists, I like ASAP Ferg. I really fuck with the whole ASAP Mob. I like Tyler the Creator a lot too and Joey Badass.

What was your favorite collab (other than LSD w/ Chance)?

Prob: uhhm, probably My Friends and I with Griz, yeah we had fun with that one. That and it’s just a fun, dope song to perform. Lots of good memories playing that across the country.

I noticed that your newer material is more socially conscious compared to the raw, unapologetic stuff you dropped on your come-up. Do you plan to continue to release more politically driven music moving forward?

Prob: Definitely a mixture of both, but the moment we’re living in is a pretty politically charged climate, so it’s hard for me as a writer to ignore that, like it’s gonna influence my music. But I also look at it like people listen to the words that I say, so if I can convey a message, I feel like it’s my responsibility to do that too. I want to do it in a digestible way, so I want to give them both sides of it.

What is on your musical agenda for 2018?

Prob: I’ve got a Distractions remix album coming out soon, got Russ Liquid and Manic Focus on there. I’m working on a full length album, not sure when it will come out but whenever it does, it does. Got a bunch of singles coming out, I’ve got one on Break Science’s new project. Me and Griz just finished some shit last night; I just want to put out as much music as I can this year while working on the album. Hopefully a couple follow-up EPs to Distractions.

Prob: Nothing announced yet, just gonna finish this tour strong. I’m doing E Forest, Arise and Summer Camp, and a few other ones.

Thank you so much for speaking with us, can’t wait for your set tonight.

Click the links to check out ProbCause’s Soundcloud and Spotify