This weeks’ Re:Search gave a healthy serving of my favorite style of bass – the hip-hop influenced west coast variety, of course. I’ve loved Gladkill for years and through some bullshit twist of fate, I’ve missed dozens of his shows since becoming hooked during a Wakarusa set in 2014. Like star crossed lovers, three years of bad scheduling and musical desire had me stoked for Wednesday. After leaving work I made a quick change of clothes and arrived for the tail end of Mikey Thunder. 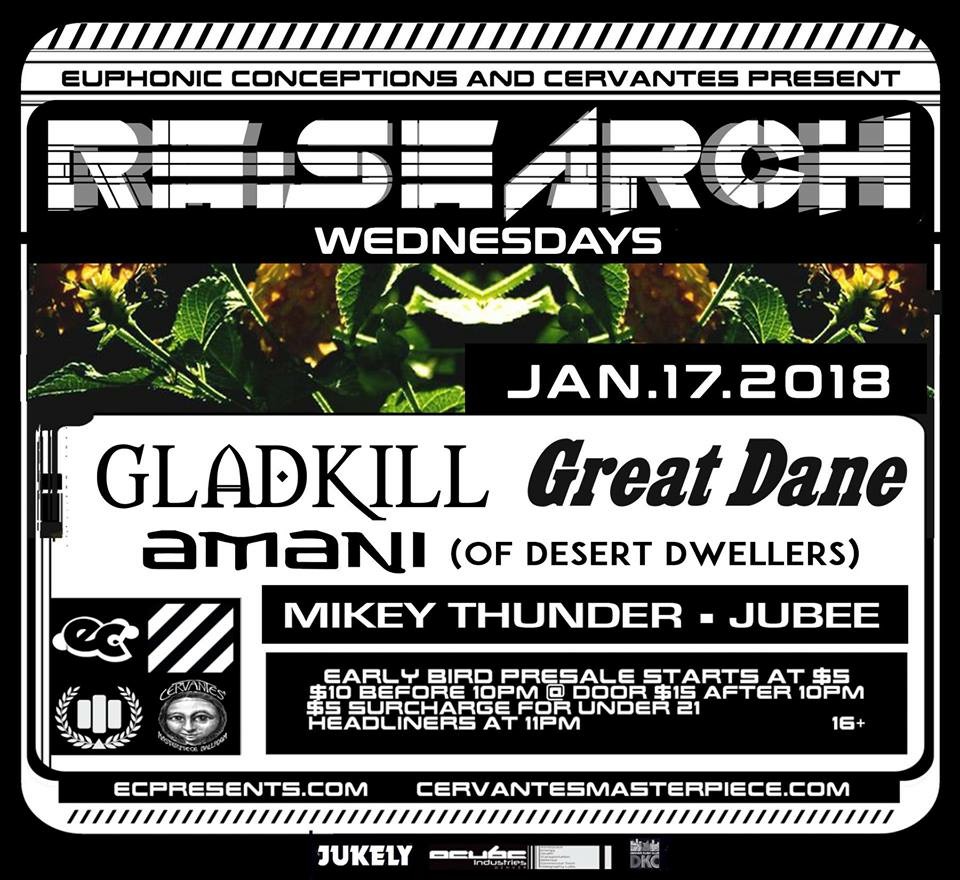 Mikey Thunder played a more downtempo performance than what I’ve seen, which was a refreshing change in pace. He still snuck in a Fort Knox Five track, or maybe it was a couple – this is a signature of his live sets that always warm my soul. Digging into ancestral rhythms akin to Kalya Scintilla, it was incredibly different than what I was used to but very fitting for the next performer, Amani of Desert Dwellers.
Though not my style of music, the crowd definitely enjoyed the dub fusion productions Amani is known for. At this point the room was completely packed, and already sold out.
Gladkill was on at 1115, and I was front and center like the super fan I am. Sometimes I have wild expectations when I haven’t seen a performer in so long, but I was ready to shake my ass nonetheless – my sheer excitement was enough to fuel my dance party either way.
Gladkill has a golden touch when it comes to fusing classic hip hop tracks with sensual, uptempo trap. He conjured a futuristic bass paradise that made me never want to leave, especially when I lost my mind in the middle of a Missy Elliott edit. 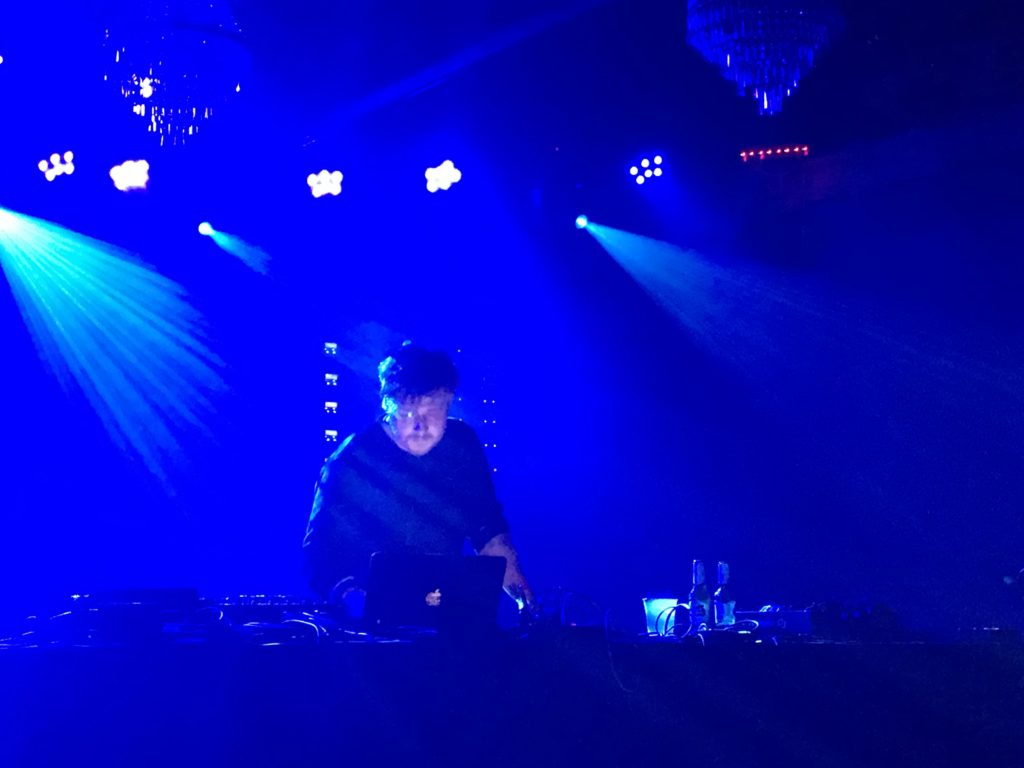 Magic and all, I did have to leave, so I unfortunately missed Great Dane, who played last. I’m confident that I would’ve loved the set as I’ve had him on my playlist for a while, so I’m looking forward to the next time I’m able to see him.
There’s something about that west coast flavor that speaks to my soul and makes me lose control – I dance like a damn fool, and it’s even better when everyone’s watching. Ain’t no party like a Gladkill party, ‘cuz a Gladkill party don’t stop ✋