I waited drinking coffee at Barnes and Noble for what felt like an eternity. Jason was moving as fast as he could, having gotten out of work a short while ago. I can imagine him careening down the highway in his old blue minivan, cutting off drivers and scaring old ladies.

If ever there was a time for bending the traffic laws, this was it. Dead & Company – a most unreal Dead band featuring godfathers Bob Weir, Bill Kreutzmann and Mickey Hart; in the company of John Mayer, Oteil Burbridge, Jeff Chimenti – were playing two sets at the Frank Erwin Center in Austin. It was almost seven, and we were still in San Antonio. When he arrived, we were on the road within five minutes. 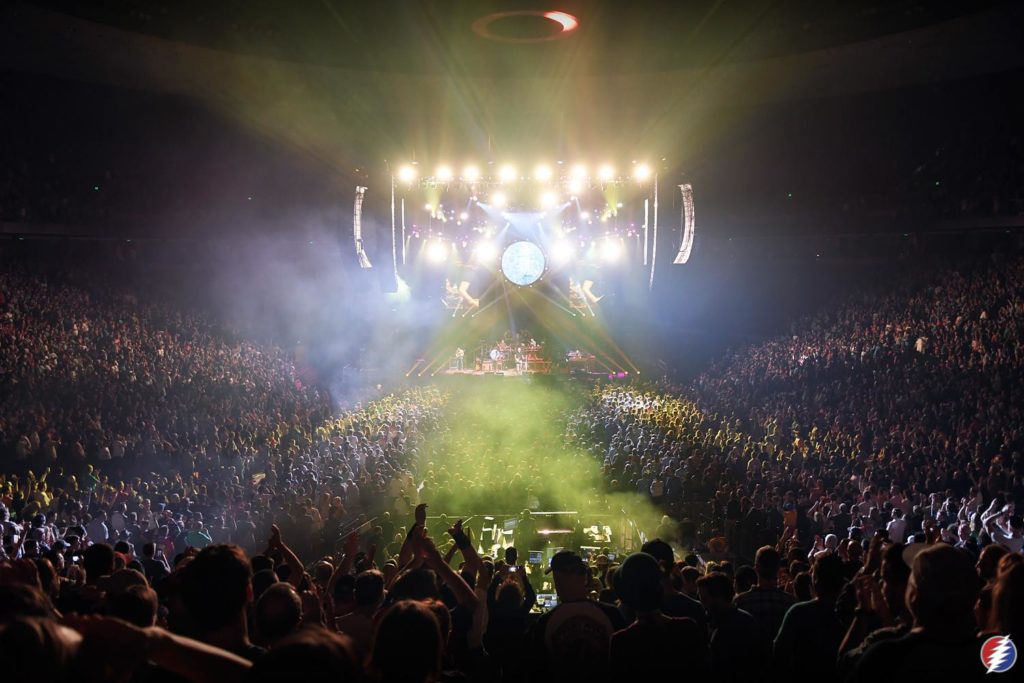 We made astonishing time. Inside the Erwin Center, the halls were packed with tie-dyes and stealies and faces of all ages. You can see the Dead’s appeal spanning generations from the front door. Hell, you could see it between me and Jason. He’s nearly twice my age, an old-school deadhead from Pennsylvania, and a good friend. It still amazes me how something so grassroots from the sixties could still be running so vibrantly and strong. The excitement was palpable, and it seemed we were right on time.

“Have they started yet?” I asked someone. 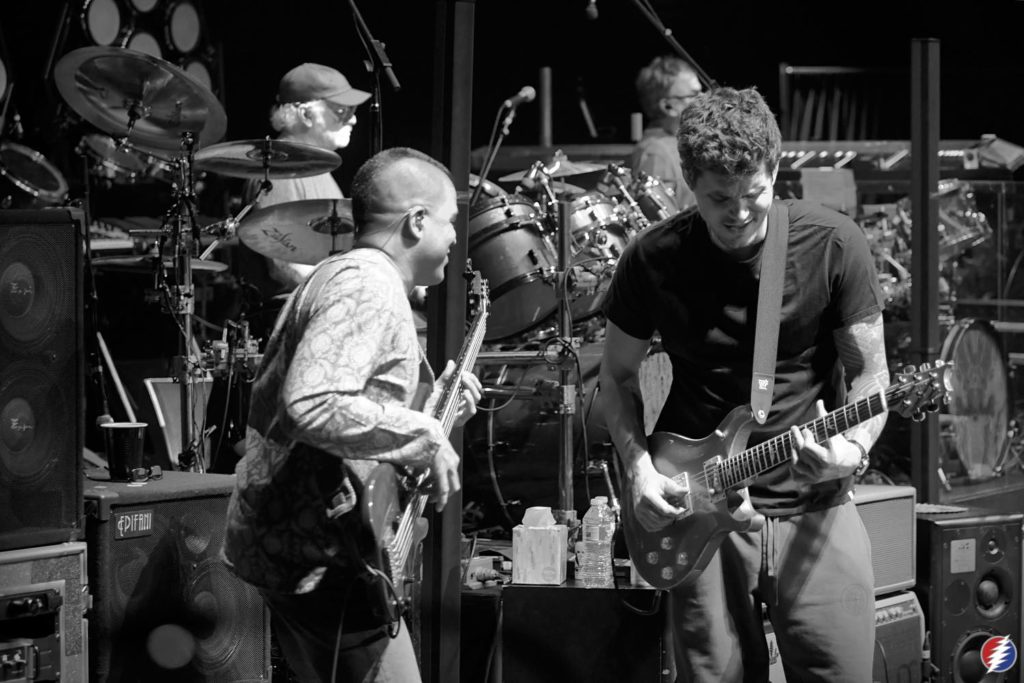 Well, we were sort of on time. Our tickets, which I scored that morning at face-value direct from the Erwin Center’s website (who needs Stubhub? Official channels, for the win!) were up in section 63, with all the other last-minute attendees who didn’t have the coin for prime seating. Up the escalator and there was Sydney Paschall, editor at Compose Yourself. I was surprised, but it’s not surprising; serendipity is commonplace at a Dead show.

Apparently set one was a killer, opening with ‘Jack Straw’ and hitting the likes of ‘Cold Rain and Snow’ and ‘Sugaree’. It was too bad we got there late, but we still had set two, right? 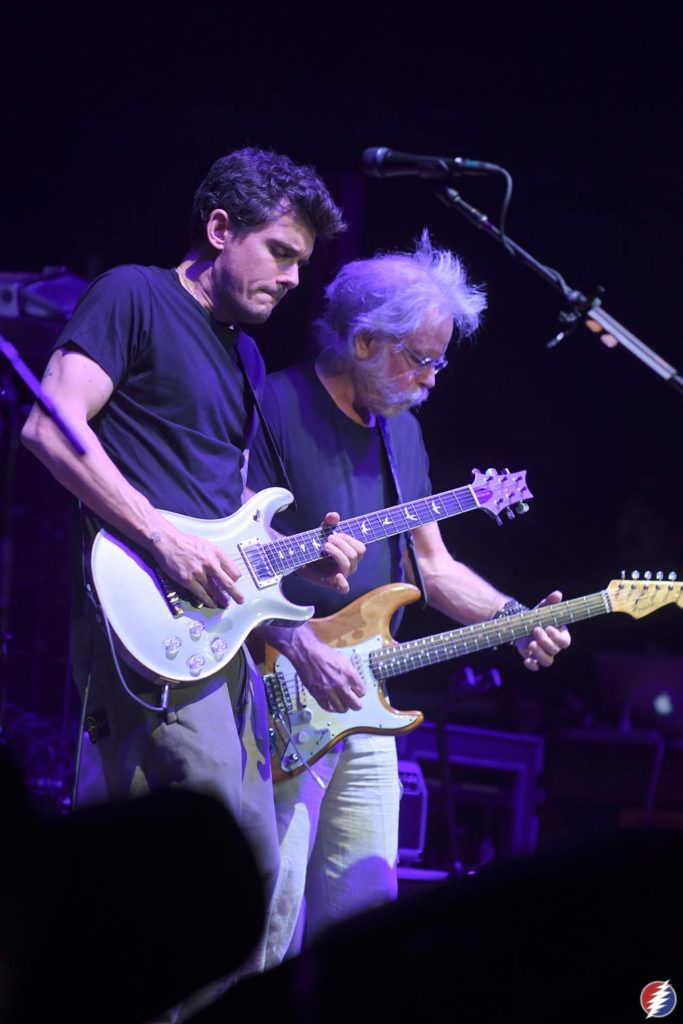 Right. And set two… set two was a white whale. I’ve seen the Dead in plenty of configurations over the years, and Jason followed the Grateful Dead around before Jerry died, but neither of us could have guessed at the magnitude of set two.

The ‘China Cat Sunflower’ opener sent the arena into an immediate uproar. It put the biggest smile on my face – it had been years since I last saw Bobby or Phil or any of the Dead spawns. And hearing it spill over into ‘I Know You Rider’ in classic fashion set the tone for what would turn out to be the deepest, most old school Dead set I’ve seen. 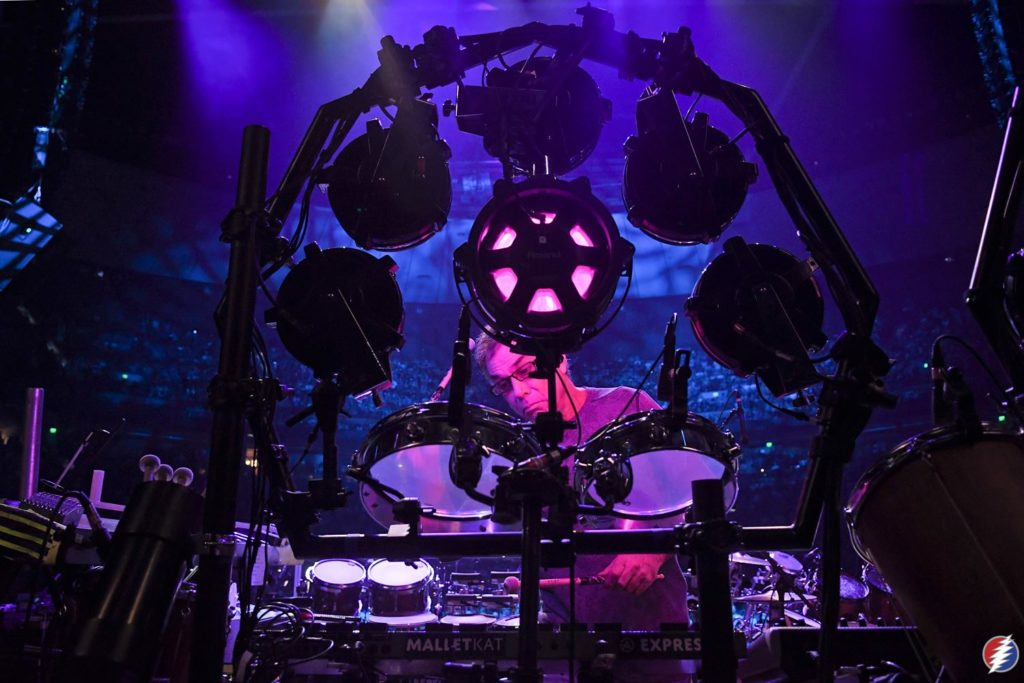 After ‘China Rider’ emerged a meandering noodle. It slowly took shape and became a sprawling ‘Dark Star.’ Back in the day, the appearance of ‘Dark Star’ was the mark of a very special show. And this was a very special show indeed, as the ethereal ‘Dark Star’ solidified into a rhythmic, driving ‘The Other One’, which dissipated into a trippy ‘Drums and Space.’ 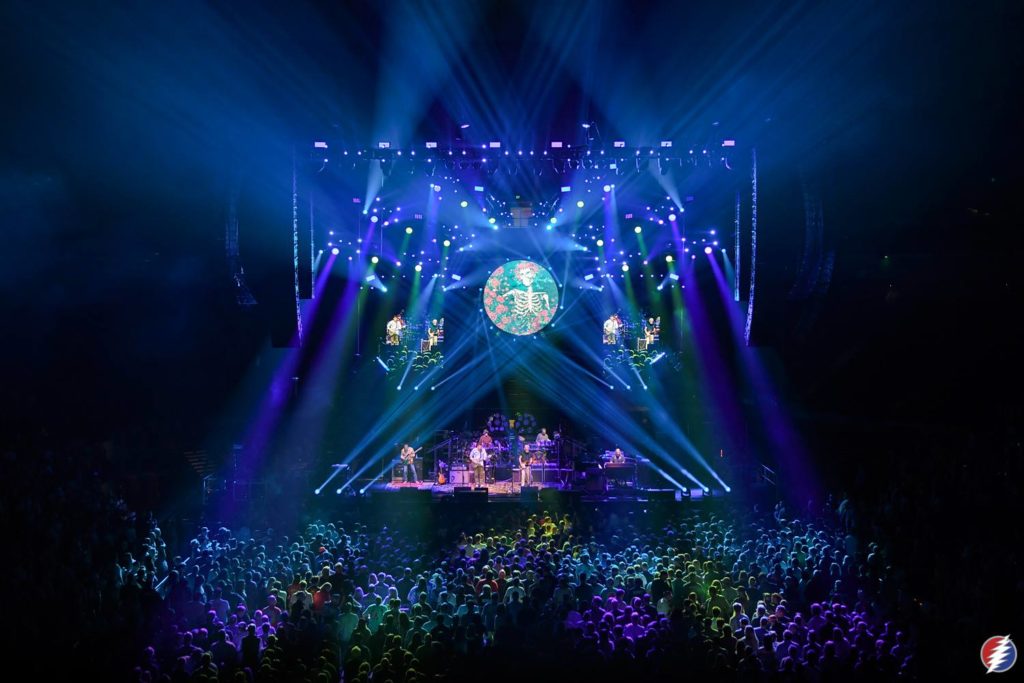 The set was deep as the Marianna’s Trench, and it was only getting deeper. Space boomeranged back into ‘Uncle John’s Band.’ It wheeled into a long jam before coming back around as the band sang in unison, “How does the song go?”

It was wonderful to see John Mayer playing Jerry’s role. There will never be another Jerry, but John does a phenomenal job with Dead & Company. Extremely talented and successful in his own right, and with such a prominent position in the lineup, John could easily derail the project, making it Mayer and The Dead. But he doesn’t do that. John approaches the music without ego and treats it with respect and reverence. He plays not for himself, but for the music. His tone, his phrasing; it’s evident he had spent hours upon hours listening and studying Jerry’s unique style of guitar work, like so many of us deadhead guitarists have. And when he plays with Dead and Company, you can hear Jerry’s ghost intertwining with John’s own musicality giving voice to a music alive with its own vitality and being. 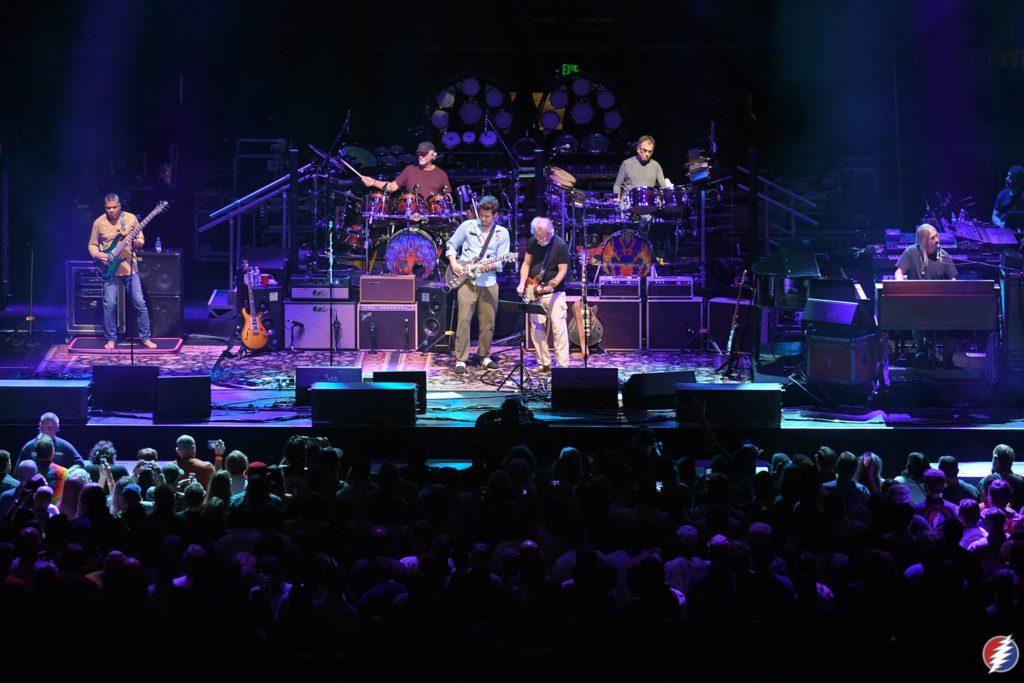 And you can see just how much fun he’s having – even from our crappy seats up in the mezzanine. You can hear it as he digs into the opening licks of ‘St. Stephen’ and during the gargantuan climax of the closing ‘Morning Dew.’

I was left agape by what was undoubtedly one of the greatest Dead sets I’ve ever seen. The enraptured screaming of the audience reverberated across the arena, rising louder than the band had been playing. A fun little ‘One More Saturday Night’ served as an encore before the lights came back up and everyone flooded out into the Austin streets. 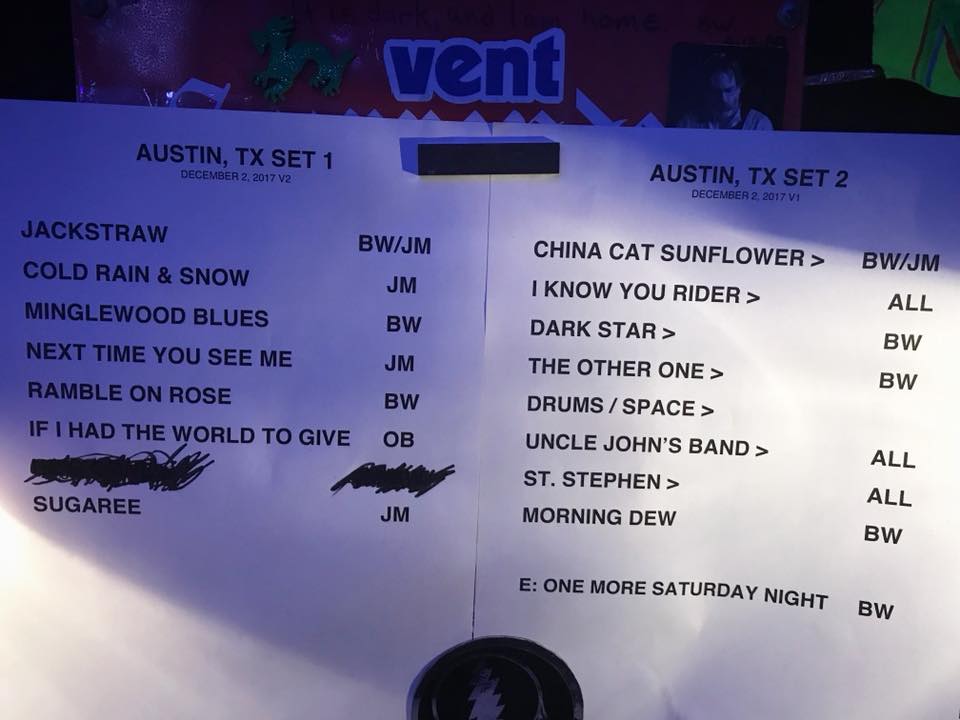 After such a massive second set, I almost forgot I had missed the first one. It felt so good to be back – to hang out with the people, to be part of the happening… to hear the sound. I think that’s where the universal, trans-generational appeal comes from. It’s a feeling of acceptance and belonging that you can’t quite find anywhere else. Those who go all know — there is nothing in the world like a Dead show.