HÄANA has crafted her unique musical style by mesmerizing crowds with her live performances. Armed with a beautiful violin and her commendable voice, Hanna’s inspiring talent truly makes her a must see. Opening as direct support for electronic producer Random Rab, we are so excited to see HÄANA continue to grace amazing bills.

Her spine-tingling instrumentals and head swaying electronic production are a match made in heaven and after one performance, you will agree. We were able to catch up with HÄANA ahead of her Denver show with Random Rab, and she shared quite a bit with us. Learn more about this incredible artist by reading our interview below.

CYM: We haven’t seen you since Arise, that weekend was really special and both of your performances were remarkable. How was the Arise experience for you?

Thanks so much! Arise was super fun for me. I had some special collaborators on my HÄANA set at the Green Tree Electronic Stage: aerialists, cellist, guitarist, dancers. I also heard (but didn’t see myself) there was a double rainbow that emerged right behind the stage during my set. It always seems that epic nature patterns and phenomenons appear in tandem with my sets at festivals—pretty awesome. And my DEEPSØNØS meditation set was super well attended. People drifted off into a beautiful other world experiencing the full spectrum set of music intended for meditation. I was impressed with how many people got up on Saturday at 9a just for this! Arise is a pretty stellar festival. Amazing energy, killer lineup, and still a very intimate and family feeling. 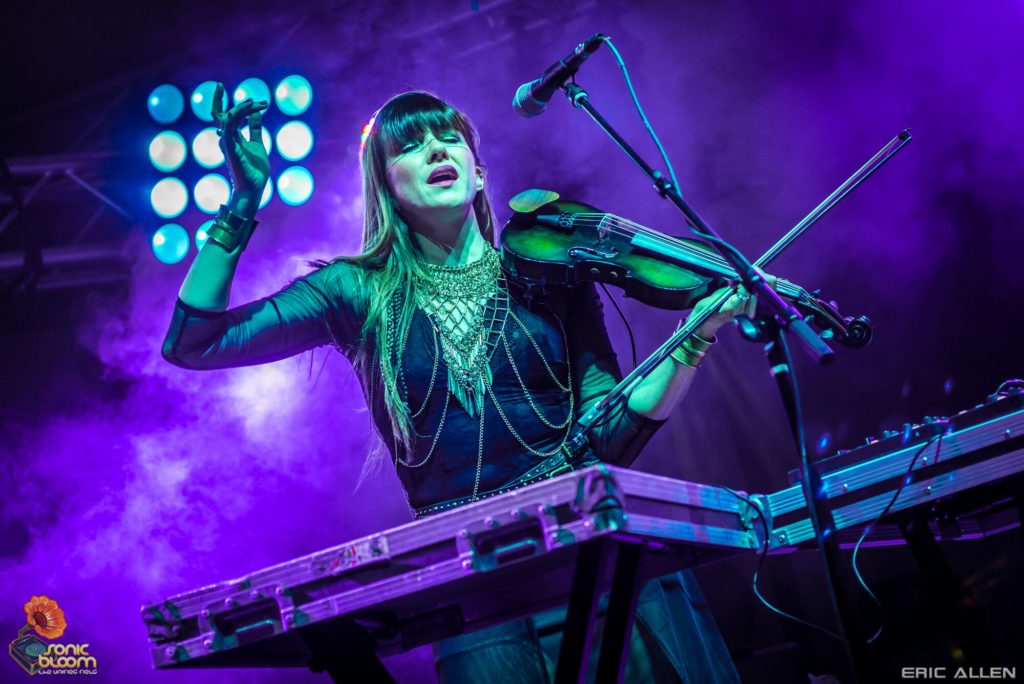 CYM: What is it about live instrumentation and electronic music that you believe go so well together?

I’ve always been drawn to electronic music in the vein of Massive Attack, Booka Shade, Portishead… deep dark moody textural digital/analog music. I love the organic feeling of live instrumentation creating and weaving emotions and effervescent temporary sounds that really connect with the audience. In my productions/compositions, I incorporate natural elements, found sounds, and textures I’ve recorded in my travels, or bring organic elements to the studio to record (like peppercorns, rice, mustard seeds as shakers), rattlesnake tails, recorded icicle hits, and work them into the track as percussive elements. This also helps bridge the gap between digital and inorganic frequencies and the organic qualities of violins/violas/cellos/piano.

CYM: When it comes to branding as an artist and putting yourself out there, what do you think a lot of people overlook in the process? Any advice for those just starting out in the music world?

I think consistency is key. Choosing an avenue and sticking with it for awhile, and continuing to build on, improve, morph, and challenge yourself. Choosing a voice and a style of social media and marketing that people can connect with is also very important. And I also see this as my legacy, choosing nothing but the best most high quality of product I will release to the world. I ask myself: will I be pleased with this track, this video, this album art 20 years from now? How do I wish to leave my stamp on the world. Never cut corners! Hire the best people you can for everything you do. And no matter how many or how few people are listening, always put your best foot and sound forward. Connections are everything and treasure them!

CYM: What do you believe are the most important components of a live show?

It’s everything, really! Immersive sound, lighting, mood, environment, staging, and for the artist, the monitoring. If all these elements are strong and I feel good and empowered, then the audience gets a very full and immersive experience. If only some of these elements are there, it’s a bit more challenging to project my performance, but I can still pretend that most of the elements are there—it just requires more work from me. Since my music is very cinematic and film score-esque, I really enjoy a powerful merging of visual and auditory experience for the audience, hence why I incorporate a lot of dancers into my performances, especially ballerinas. I like to utilize unique elements and surprise my audience. Also, with every live performance I do, even though I am performing my tracks with Ableton, as well as singing, playing violin and keys, no two performances are the same. That is the organic beauty of live electronic music! 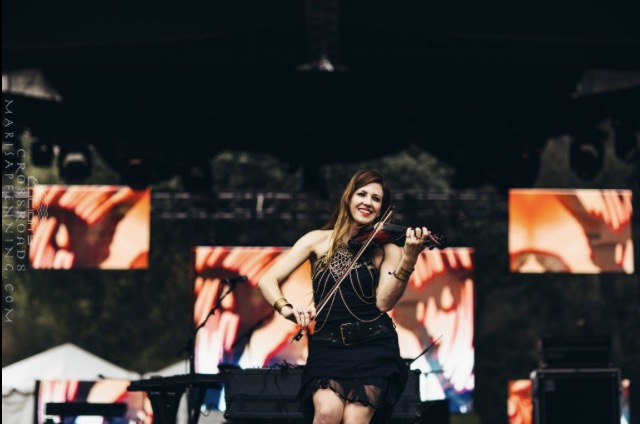 CYM: How did these dates with Random Rab come together? Your music styles are very fitting.

I’ve been collaborating with Random Rab for years now! It started out as a connection made by a dear friend at a show in NYC when I lived there—a double bill with Emancipator and Random Rab. We were talking about music and he said he’d like to hear what I was working on. I tracked strings on a few songs, and we first performed them live at Wanderlust Squaw Valley in 2013. That was the first time we ever did a live performance together and it was pure magick! I went on his fall “Release Tour” and that was super fun. Since then, we’ve been collaborating at various festivals, and this year at Lucidity, I invited Rab up to guest sing on my rendition of Teardrop (Massive Attack). That was a very special moment. These shows in Fort Collins and Denver came together rather organically via some key people at both Aggie and Ophelia’s/Cervantes.

CYM: When did you first decide to pursue music as a career? What were you doing previously?

Prior to my solo project, I had a band Copal and an electronic project Nyxyss. Simultaneously, I was the managing editor for a big photography magazine, as well as an event/fashion/portrait photographer. At the time, I couldn’t see how it would be feasible to support myself solely on music, as I was playing mostly club gigs and small-ish venues with Copal, the occasional festival as well. Once I left the photo magazine, I decided to shake things up with a trip to Iceland with my dear friend and yoga teacher Aarona on a yoga retreat as the photographer. I stayed an extra week on my own, and had such grand adventures exploring caves, fissures between tectonic plates, and meeting musicians. I became immensely inspired by the music and the energy and culture of Iceland, and once I returned to NYC, I studied electronic music production at Dubspot (6 month Logic producers course). During this class, I landed a gig at the Hammerstein with Shpongle Live and Phutureprimitive. It was a sold out show, and the very first time I performed solo. I was pretty nervous, but the crowd erupted into a standing ovation (if they weren’t already standing) after my performance. That moment was pretty pinnacle for me. I was still figuring out my sound and vibe, but I knew I wanted to tour solo from that moment on. And since then it’s been nonstop! I’ve been touring festivals in the US, Canada, and internationally as well. This year I played Coachella, which was a next milestone for me.

CYM: What’s on the horizon for you in 2018? Any musical endeavors you can share at the time?

I have a new EP I will be releasing in early 2018. And I’m already conceptualizing my next album to follow. I’ve been working with string trios and more live instrumentation for the early 2018 EP, more vocal-driven. I also plan to tour more with my live project (the addition of cellist and electronic drummer), as well as ballerinas. I have some exciting news to share, but can’t yet. Stay tuned to my social media channels and website for updates from me. Looking forward to what this new year will bring!